Prior to the season starting just days after Christmas, if someone told you Central Coast would be battling Adelaide for top of the table half way through the season… well, given how 2020 panned out, you probably would’ve believed them, but you would have at least been sceptical.

Lo and behold, that’s the situation we’re in as the Mariners host United in Gosford tonight.

The match will be played on April 1st but the Mariners have been no fools this season, spending more time at the summit than they have in almost a decade. While Adelaide have also wound back the clock, they’re on their biggest winning streak since the inaugural A-League season when their current manager was leading the line.

There’s a few more things they have in common and it might just be the secret to their respective success so far this season. Their top goal scorers (Alou Kuol, Matt Simon, and Stefan Mauk) all have six goals and they’re both captained by local players.

The secret is not only the players, but the type of players they have. Alen Stajcic has used 21 players this year. Twelve of those (or 57.14 per cent) are aged 23 or younger.

Carl Veart has used 26 players, 14 of those (or 53.84 per cent) are aged 23 or younger. These are the two highest percentages in the league.

Kye Rowles and Gianni Stensness have been key cogs in the machine. Kuol has banged in the goals, and the diminutive Josh Nisbet is a crowd favourite. Jaden Casella and Daniel Bouman have also played their part.

But it’s Adelaide’s youngsters who have taken the league by storm and entertained the masses. We knew how hot a prospect Al Hassan Toure was, then we met his brother, Mo. Kusini Yengi has shown swagger, style and substance in recent weeks.

While Louis D’Arrigo and James Delianov have been some of the best players in their positions this campaign, heck, Delianov’s replacement, Joe Gauci, hasn’t been bad, either.

Through all the negatives this global health crisis has provided, in the context of Australian football it has at least made clubs use more of their talented young players. These teams are both reaping the rewards.

The maximum of five substitutions has also played a part in this. Matt Hatch might not have had a moment he’ll remember his entire life if only three subs were allowed or if he was competing with a foreign player for a spot.

Carl Veart, and a few other managers, can almost say the same. He’s the first permanent Australian manager at Adelaide since John Kosmina left his role in 2013.

He’s also the first South Australian manager since Kosmina, which brings us to the next point: Adelaide have used 17 players this season who either grew up in Adelaide or have played for the club at junior level. This is where they come into their own.

Compare this to the Mariners and only nine players are from the Central Coast or played in their academy.

This is resonating with the fans, too – they’re averaging 7685 this season, the third-highest average in the league, only behind Brisbane and Sydney. This has converted into success on the field, as well – the Reds have claimed 15 points at home, equal with Melbourne City’s tally.

While a majority of Adelaide’s aforementioned contingent have spent a significant amount of time on the field, only Matt Simon, Alou Kuol, Oli Bozanic, and Josh Nisbet are regulars in the Mariners’ starting XI. 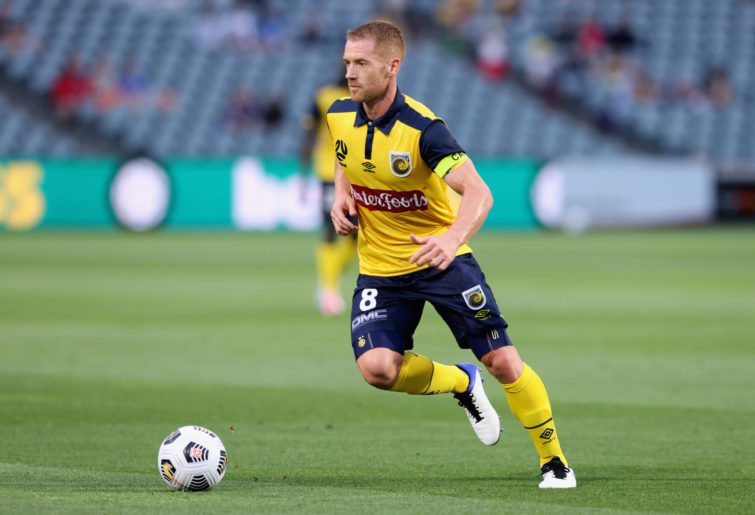 The Mariners are close behind Adelaide, winning 14 points at home, but they’re only averaging the seventh-highest attendance.

We’ll give them a pass, given the restrictions.

Yes, there are a lot of other factors that have contributed to their form this season. Tactics, individual talent, and as we saw the last time these teams met, a little bit of luck all play a part but it’s very pleasing to see both teams thrive, especially the Mariners.

Who knows how long both these teams will continue their current form. Central Coast are winless in three, and have only won two of their past six. They’re hanging on to the top spot, just.

The Reds, on the other hand, haven’t dropped a point since their 4-0 thrashing at the hands of Macarthur on February 12.

Both clubs are potentially building something special long-term – having local players and managers can inspire the next generation.

Short-term, the 2020-21 A-League season, and tonight’s match could go a long way to deciding who will be lifting silverware at the end of the season.