Can the Wallabies find the right combinations and depth in the ten-12 axis?

With the 40-man Wallabies training squad announced, what was evident is the depth of in-form players in the forwards.

With the exception of loosehead prop – where from a national perspective you would have to question the move of Harry Johnson-Holmes to tighthead where there is plenty of depth – the forward positions are ultra competitive, which will only increase with the return of overseas-based locks Izack Rodda and Matt Philip and captain Michael Hooper.

One area that has some questions around it is how the Wallabies will look in the key ten-12 axis moving forward. The Wallabies have been at their recent best with a ball-playing 12 in the mould of Elton Flatley, Christian Lealiifano, Matt Giteau or Kurtley Beale, who all had plenty of experience playing ten for their clubs and also on occasion for the Wallabies.

This axis has then been complemented with a line-breaking fullback with Mat Rogers, Chris Latham, Israel Folau and the versatile Beale being electric in this role over the years.

While the All Blacks have had success with ball players at ten and 15 and strong ball runners at 12, this has not always paid dividends for the Wallabies, which was evident at the last World Cup with Samu Kerevi at 12 and Dane Haylett-Petty at 15. 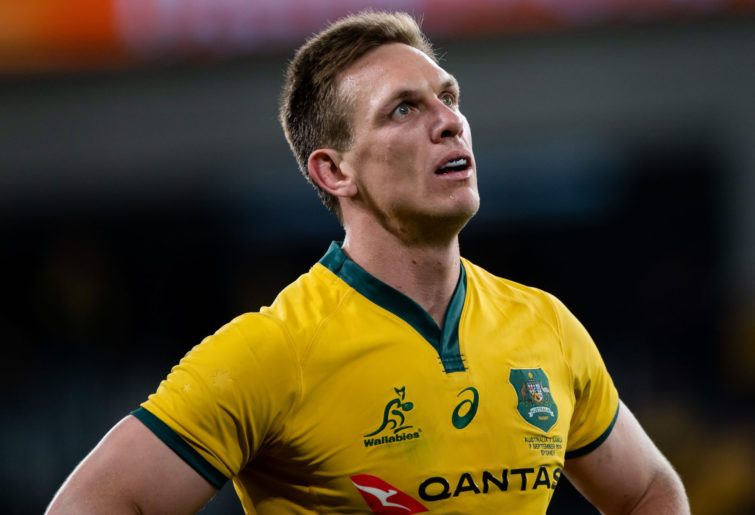 In Dave Rennie’s current squad, the most obvious ball-playing 12 is Matt To’omua playing outside of James O’Connor. When playing together in 2020, the Wallabies scored three tries with these two playmakers in 120 minutes of rugby (away in New Zealand) compared with only four tries in the remaining 360 minutes.

Once To’omua and then O’Connor went down with injuries question marks were raised as to who could come into the ball-playing 12 positions.

Irae Simone was the next in line for the 12 jersey. He has again shown great form for the Brumbies in Super Rugby AU but does not possess the same play-making abilities that previous Wallabies 12s have had at their disposal.

Hunter Paisami performed admirably in the 12 position against the All Blacks and Argentina but again he is not a play-making 12 but more of a strong ball carrier.

It is, however, clear to see that he is working on his distribution and kicking skills at the Reds, but currently he offers far more value as a 13 for the Wallabies and it would be great to see him, Len Ikitau and Izaia Perese battling it out for the Wallabies’ 13 jersey moving forward, raising the level of all three players.

Hamish Stewart has the credentials to be a play-making 12 with his previous experience at ten for both the Reds and Junior Wallabies. It would be great to see him have another crack at the ten role for the Reds now with the confidence that he can perform at Super Rugby level to provide another ball-playing option at 12 for the Wallabies.

Similar to To’omua, his defensive credentials also make him a desirable option for this position.

Looking further ahead and post 2023, it wouldn’t be surprising to see Noah Lolesio become the Wallabies’ 12 with Will Harrison at ten, replicating the successful partnership from the 2019 Junior World Cup. 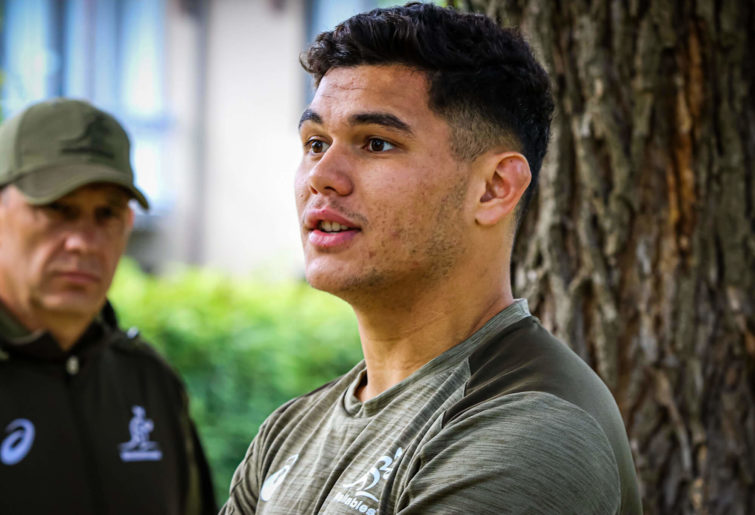 With ball players in the ten and 12 axis, it allows for a line-breaking, counter-attacking player to be slotted in at fullback.

Tom Banks and Reece Hodge are the incumbents of the Wallabies’ 15 jersey and while they are both reliable and have many positives, they have yet to show that game-breaking, counter-attacking threat at international level that can punish wayward opposition kicks as they have been able to do in Super Rugby AU.

Outside of these two, Jock Campbell is currently the Reds’ 15 but has yet to receive an international call-up. A concern is perhaps his size to be an international 15 and he may need to look at adding another dimension to his game.

Leigh Halfpenny may not have received half the amount of caps if it wasn’t for his incredible accuracy from the kicking tee, especially with Liam Williams pushing him for the Wales fullback jersey.

Campbell’s kicking percentage from the tee prior to O’Connor taking over was 57 per cent and that should be an area that he focuses on moving forward to add another string to his bow and make the national selectors take note.

A player that has the potential to unlock defences is Jordan Petaia and while he already has many attributes required for the fullback position, he needs to be playing 15 regularly in order to be considered.

Out of the aforementioned players, Petaia is a player that offers the highest ceiling and with the depth at 13 with Paisami, Ikitau, Tevita Kuridrani and Perese, from a national team perspective, fullback should be the home for Petaia.

If the Wallabies can find the depth in the ten, 12 and 15 positions, with the exciting talents at scrumhalf, outside centre and on the wings, dare we start to dream of what can be achieved?