Talk of finals still isn’t on the agenda of Macarthur coach Ante Milicic, but he’s purring over the defensive improvements made by the fledgling A-League club, as they move closer to cementing a playoff spot in their first season.

Friday’s 2-0 home win over Perth moved Macarthur up two places to second, though along with ladder leaders Central Coast, the Bulls have played more matches than the other clubs.

They are nine points clear of seventh-placed Western United, who have three games in hand.

Macarthur have won three successive matches for the first time and, significantly, Milicic started the same team for each game.

Friday’s was the first in a run of four out of five games at home, which was apparently news to Milicic.

“You know the draw better than me, I just look for the next game and I know that’s Brisbane next Friday,” Milicic said.

“We’ve got a run of home games, but we play the same when we’re at home or away, nothing changes for us, it’s always about us.

“Every club in the league would have ambitions to finish in the top six and be in the playoffs, so we don’t speak about that.” 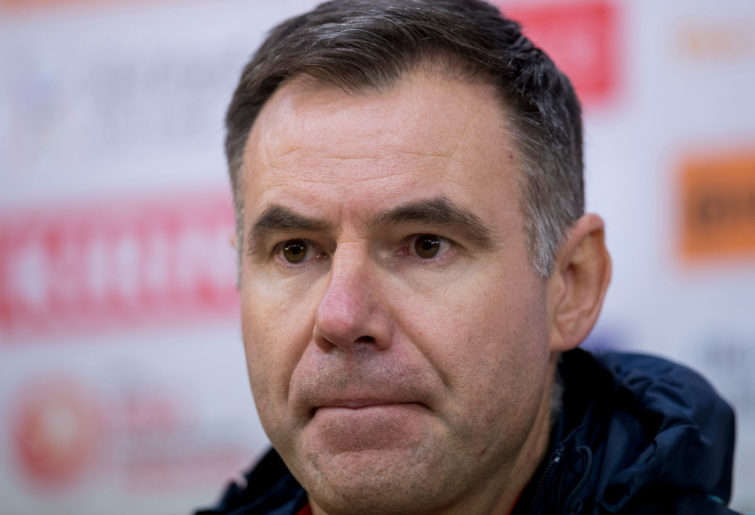 Milicic seems to have settled on a preferred defensive formation and the Bulls have kept successive clean sheets after conceding ten in the five games before the last two.

“I thought in the early stage of the season we conceded too many chances, particularly in the transition phase of the game so it’s something that we’ve worked on and identified,” Milicic said

“Particularly when we know against most opponents we’re going to dominate possession and play in their half, so there’s always that threat on the counter.”

Macarthur striker Matt Derbyshire’s first-half double on Friday boosted his goal tally for the season to ten, with nine coming in their last nine games.

Noting a “telepathic” understanding between Perth stars Diego Castro and Bruno Fornaroli, Milicic is looking to develop similar combinations between his players.

“That’s the challenge for us. How quickly can our boys build those relationships and bring it to life on a match day?” Milicic said.

Still eighth after Friday’s defeat, Perth have won just one of their last seven.

While new defender Sebastian Langkamp conceded a contentious penalty on his Glory debut on Friday, Garcia was encouraged by the 33-year-old German’s overall performance.

“I thought he did really well and he’ll only grow and get better and he’ll make others around him better as well,” Garcia said.

Andy Keogh was left back in Perth due to Achilles tightness, but Garcia hopes the striker will recover in time to join Glory for the away game against Sydney.