I love my dad. He is a man of great personal and physical strength.

He is an intellectual who thinks deeply about the world and takes great interest in everything. He taught me to be a decent, responsible and caring human.

He raised me to love rugby, with a passion for the Reds and the Wallabies. He has been described by men who played with him in first grade rugby as the most tenacious player they ever came across: he played through a torn scrotum before Buck Shelford made it fashionable.

He was also a successful coach in grade rugby. He taught me and many others the dark arts of the front row and the philosophy of running rugby. Although I am now in my forties, Dad continues to be my hero, my greatest supporter and my role model. But in recent years, the love and admiration has been sorely tested. My dear Dad has turned into a Rugby Curmudgeon.

My fellow Australian rugby fans know the person I am talking about. Almost every rugby family has them, like the closet One Nation-supporting uncle.

They are otherwise rational, admirable and lovable people, who turn into a peculiar blend of pessimism, anger and contradiction whenever the conversation turns to the rugby. Watching a game on the box with him is a discomfiting experience: every dropped ball or missed tackle by an Australian is met with explosive derision; every try or good performance gets an expression that would not be out of place on Easter Island.

Going to Suncorp Stadium to see a match live is marginally better. At least complaints about Neil Diamond on high rotation provides blessed relief, as does a pie and chips.

After Saturday night’s win over the Rebels, Dad summarised the match as “school boy level rubbish”. When further pressed, he expanded by stating “Yes, they won, but they didn’t play well.” Warming to the theme, he explained their manifold deficiencies.

Too many mistakes; they went off the boil when they thought the match was sewn up early on; they don’t hit the five metres before the ruck hard enough; they don’t try hard enough because they only care about the money; they don’t up the ante five minutes before half time; they don’t go as hard as the Kiwis.

After 30 minutes of animated conversation where I countered each assertion with my observations of the game, I realised I was facing a hopeless case. Nothing could convince Dad that there is still merit in Australian rugby and perhaps hope for the future.

The Rugby Curmudgeon is all pervasive and, as respected elders in our families and community, sucking any positive energy out of the game. To highlight the problem, my seven year old who is at the start of his rugby love, asked me recently why grandad watches the rugby if he hates it so much. 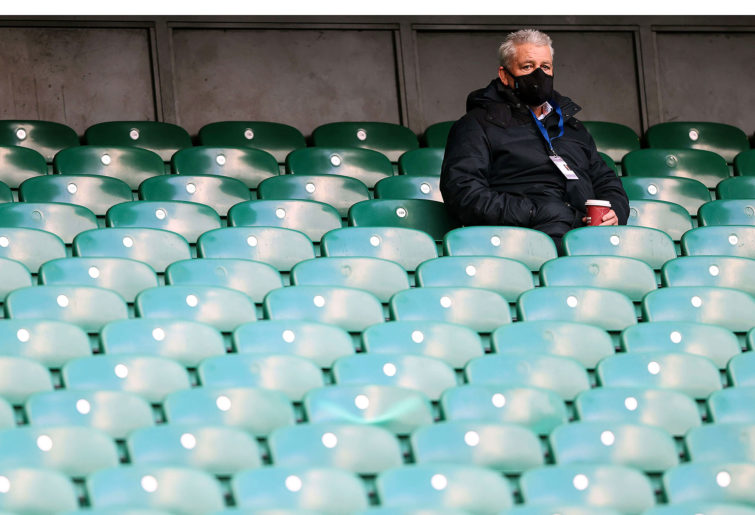 Do you know any rugby curmudgeons? (Photo by Charlotte Wilson/Offside/Offside via Getty Images)

I have therefore come up with a simple five-point plan, to be implemented jointly by families and the state and national unions, to turn the frowns upside down, and bring a bit of love back into the game.

1. Regularly take your curmudgeon to club matches
Professionalism signaled the death of the rugby they loved, where doctors, brickies, lawyers, soldiers and the unemployed rubbed shoulders for the love of the game.

Everything since 1996 has been tainted by the filthy lucre and every performance good or bad is viewed with suspicion. The curmudgeon can no longer identify with the professional player.

Community days with the professional teams don’t do the trick for the curmudgeon, unlike for young kids who love to see the people on telly up close.

Getting the curmudgeon to a club match reminds them of what is still good about rugby: community, a cold beer, the smell of the grass and mud, getting up close to the big hits and exertion, the electrical tape stuck to your shoe and the waft of Dencorub from the sheds.

2. Don’t get trapped talking about the Kiwis.
This is a tough one. Dad, like other Rugby Curmudgeons, always uses the rejoinder “but the Kiwis” when talking rugby.

Although he has a good point that they, by and large, play the game better than any other nation, it is unhelpful.

You need to nip it in the bud very early by acknowledging it as an immutable fact and refusing to talk about what Kiwi teams do or don’t do. Don’t let them build up steam. Keep the conversation focused on what the Australian teams are doing well and what they can improve.

Shift the frame of reference to what the best Australian teams did. If that doesn’t work, just show Loe/Carozza on repeat until they snap out of it.

3. Watch old games together
The Rugby Curmudgeon wears rose-coloured glasses, and assumes that the way things were in their formative years represented the very best.

This is just being human, and as I get older I realise I am similarly afflicted: Motley Crue’s Dr Feelgood represents a musical high-water mark in my eyes.

In Dad’s opinion, today’s players are less skillful, less physical and less committed than they used to be. The only way he could be shifted was to show him replays of the 84 Grand Slam and the 91 World Cup. He saw more dropped ball, more penalties, more stoppages than in current Super games.

He remarked how slow it was. He was almost positive about modern rugby for a couple of months, and I think it is time for another screening of the oldies.

For the professional unions

4. Take it easy on the “Sweet Caroline”.
I understand the thinking by the rugby boards. Make match day an event. Give the people a spectacle and a carnival atmosphere that will attract more people to the games.

I am not convinced it works and, for our beloved curmudgeons, it is a major drawback. On this one I agree with Dad. I go to the rugby to watch the game and the incessant music blaring over the loud speakers when the game it in progress takes away from the experience.

The professional bodies should think seriously about getting the balance right. In the interest of expanding the support base, they are forgetting the rusted on fans and getting them offside.

The casual fan is probably pretty ambivalent about the music, the diehard John Denver fans can probably find other ways to be taken home, and the curmudgeon hates it.

And he is going to tell everyone about it. As we all know, the dissatisfied customer is far more likely to tell others about a bad experience. So dial back the music. 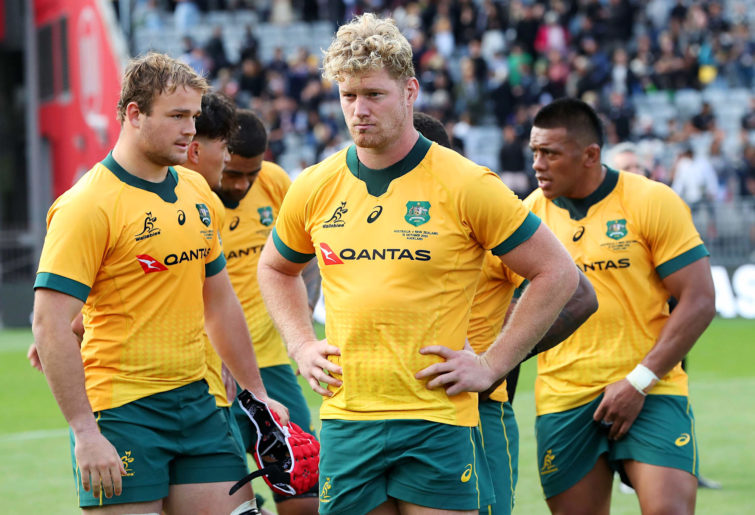 5. Bring the NRC back and make it matter
This may seem counter-intuitive given action item one, but rugby in Australia desperately needs a third-tier professional competition, not a National Club Championship.

It has become apparent at the Waratahs this year, and the Brumbies clash against the Reds, that most players are not coming out of club rugby at the Super standard. This has been recognised in Queensland but there is a powerful lobby in NSW that cling onto the Shute Shield as a viable development pathway.

The NRC was bearing fruit before COVID and its cancellation. But it can be done better, especially by abandoning rule variations etc.

This relates to the Rugby Curmudgeon because NRC offers the opportunity to see a good standard of rugby and a first look at the players who will move up to Super level.

This bridges the gap and makes the players more accessible. And the match day experience is much more “old school.” The last time I saw Dad smile at the rugby was at Ballymore watching Brisbane City play.

So there it is, a few simple actions to get our Rugby Curmudgeons loving the rugby again without being as unrealistic as winning the Bledisloe back. We need to love them and take care of them, because they are getting forgotten by the modern professional game, but they still command our respect.