This week, we will take a look at who the dark horse teams are in the second half of the season and into playoffs, the buyers and sellers at the trade deadline, and waiver players this season.

Who are the dark horses from each division to make playoffs and possibly do some damage in the playoffs?

This really depends who can swing a big deal or bolster their depth correctly as the trade deadline approaches for this season. In the Central Division, Chicago looks like the team who may have an edge in my prediction of who could cause trouble for one of the better teams, if they make it.

Patrick Kane is having a Hart Trophy-calibre year, and the Hawks are getting great years from Alex DeBrincat, Dominik Kubalik, and Pius Suter as well as a surprise rookie in net in Kevin Lankinen. Almost as an early addition can be seen as getting Kirby Dach back from injury at this point in the season.

Dallas and Nashville have looked better as of late after their horrible starts and have got themselves back in the race, but I see no fight in the Predators if they manage to sneak in.

The Stars have been too inconsistent this season and aren’t the same team as last year because of injuries, so I don’t see them being too difficult for a top team if they make it, either.

In the East Division, if any of the teams sitting out of the playoffs are going to make it tough for the others, it will be the Rangers with the way they have been playing recently.

Artemi Panarin is a gamebreaker, Adam Fox has been playing at a Norris contention-level, and Mika Zibanejad has been on another level over the past month after a horrible start to the season.

In the West division I wouldn’t say Minnesota is a dark horse to make the playoffs anymore but I could see them being very competitive in the playoffs due to Kirill Kaprizov and how the team has played defensively and in front of the goalies this year.

I don’t see any of the teams outside of the top-four passing over the sides that currently sit in the playoff picture in the North Division. 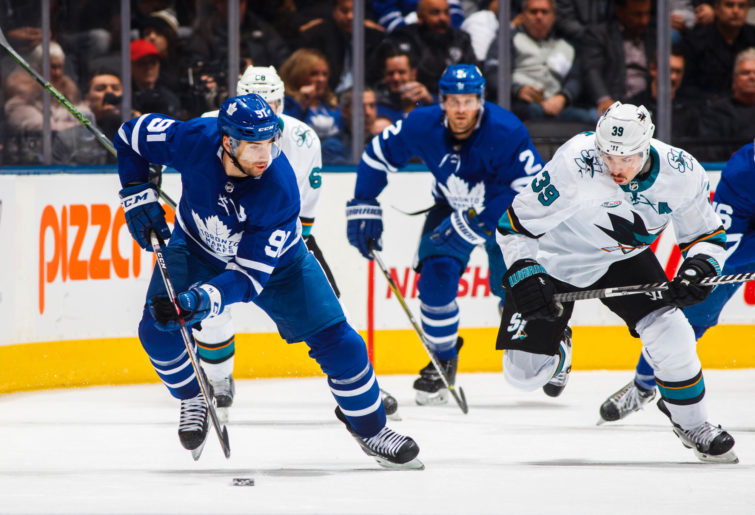 But with the skill on the top two lines of Winnipeg and what I would consider the best third line in the league, the Jets could be the surprise team out of the North, though their defence has been a question since last season.

Which teams are going to be buyers or sellers at the trade deadline?
Things could easily change in a week if a team goes cold and another hot, especially in having multiple games versus the same opponent in the same week.

Though the Predators have been on a bit of a roll as of late, injuries could catch up with them quickly with notable names like Filip Forsberg, Matt Duchene, and Ryan Ellis being listed as week-to-week.

They don’t have any gamebreakers to take over and single-handedly win them some games, so I picture them as a team that will stand still at the deadline. But watch them to look to move Mattias Ekholm if the right offer is made and they look to be sliding.

Carolina might have a goalie available approaching the deadline: James Reimer. If healthy, Petr Mrazek will be the go-to guy for the Hurricanes and Alex Nedeljkovic is looking promising for the future with less of a cap hit on him, too.

Since the Aaron Ekblad injury, Florida will be looking for a defenceman who can fill some of the gap left for the rest of this season, so they will most likely be looking for a rental player.

Detroit will be a team once again to sell with a few of their veterans set to hit free agency after this season and they could get some picks and pieces to help with their rebuild in return.

Expect action in the West division to be at a minimum approaching the trade deadline with some possible depth trades at the most for teams to try to get an edge there.

The only team that has a chance of slipping out of the top four is St. Louis and they don’t have room to make moves this year, while the other teams look to need more years to improve to do any damage in the playoffs, it wouldn’t be worth adding, but selling some pieces may help them.

In the East division, I would watch for the Islanders to try and trade for an impactful winger with Anders Lee going down for the season and the team being very competitive once again.

New Jersey and Buffalo should sell as much as possible in the way of impending free agents to help with their rebuilds since they have no chance this year at making playoffs and they will need the help if they want to speed up the process for the future.

Boston should be looking at some depth and maybe moving Jake DeBrusk to do so. They need a solid addition on defence and a couple pieces upfront with more experience to help in playoffs if they hold onto their spot and compete with the top three in the division once there.

If I were the GM for the bottom three teams in the North division, I would be looking to sell and help my team for next season.

Ottawa is out of it and Calgary and Vancouver would need spectacular runs with some luck that one of the teams holding a playoff spot would slump. Betting that it won’t happen, Ottawa has a few upcoming UFAs who could help a team bolster their depth and should move before the deadline.

Vancouver should try to move Braden Holtby to a team that is primed to make the playoffs and will need a veteran goalie who has been there before to help back up and possibly compete for the starting spot down the stretch.

The coaching change in Calgary hasn’t looked like it paid off and should be looking to change up the squad they have, especially in moving Sam Bennett. 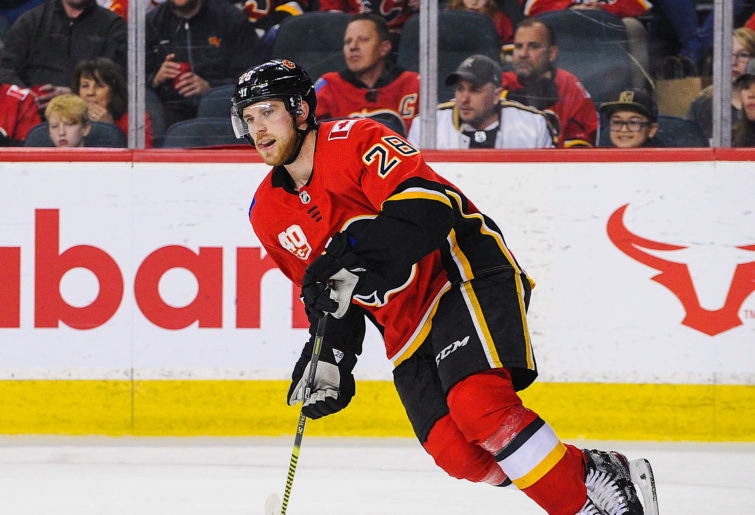 Edmonton should be looking for a winger who can contribute offensively, hopefully with some size since the games become tougher in the playoffs.

Toronto and Winnipeg don’t have much room to work with but Winnipeg is in need of some help on defence in front of Connor Hellebuyck to really put them over the top since there is no problem in net or on the offensive side of their team.

There have been rumours that the Leafs are trying to add more to their offence and why not, since they don’t have to go through Boston or Tampa Bay this year in the first couple rounds and have been atop the North all season and looked dominant at times.

It is hard to say exactly who because of the cap situation, but they have lost a few depth players to waivers, so they could target both a depth and impact player approaching the deadline.

What is with the increase of better players on waivers this season?
Tyler Ennis, Nikita Gusev, Mathieu Perreault, Tyler Johnson, Corey Perry, Shayne Gostisbehere and Sven Baertschi are all notable names that teams have put on waivers at some point this season.

For teams to do this, the value they bring compared to their cap hit isn’t worth it and they hope that another team will take the contract off of them. For most of these players where the cap hit is a factor and their play just haven’t matched up, they’re hoping that a team with cap room will take a chance on them, but in reality, this rarely ever happens.

Players like Andrew Ladd, Loui Eriksson and James Neal are great examples of players on bad contracts that have been placed on waivers and gone unclaimed because other teams don’t think they’re worth it. Sven Baertschi was a shock and he hasn’t played a game this year since being put on waivers before the season started.

Players like Johnson and Perreault were placed on waivers in hopes to free up cap space for signings at the start of the year, but have still played on their respective teams all season and it wasn’t due to their performances.

Of the names I mentioned above, Ennis and Gusev are the two that I would’ve expected teams to take a chance on, especially Ennis with his very low cap hit like Vancouver has taken a chance on two players Toronto has placed on waivers this season in Tyler Boyd and Jimmy Vesey.

While Gusev only has one year left on his contract and for a team that struggled last year in New Jersey, he contributed well.