What will happen with Vancouver, considering how COVID has impacted their team?
There are many things to think about when wondering how COVID will affect the Canucks for the rest of the season.

Will they finish the season? Will they be able to move contracts out and be sellers at the deadline if teams receiving players will be out longer than normal? Will they cut their season short by a few games if the NHL deems the games meaningless?

Let’s start with finishing the season. The NHL will do everything they can to have all 31 teams play their 56 games, not only for points, but for overall rankings, they will probably need teams to play every game to rank them for the draft.

This could also impact individual players who are chasing trophies, not only on Vancouver, but on other Canadian teams, such as Darnell Nurse for Norris, Connor McDavid for Hart, and Thatcher Demko for Vezina. 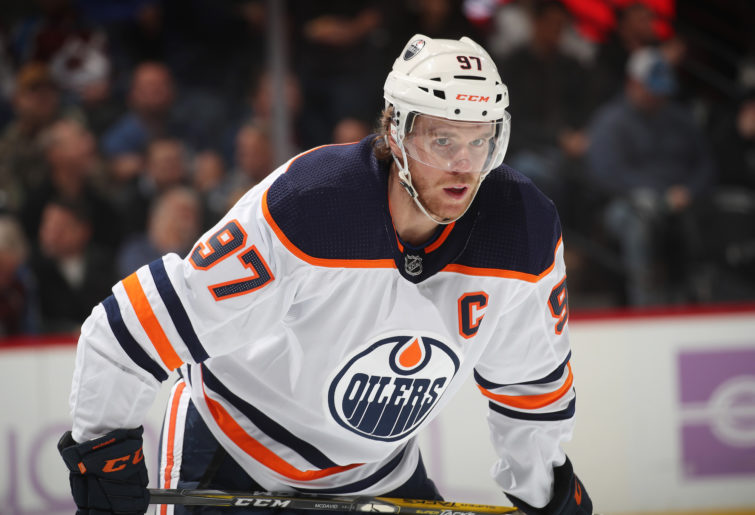 It would be unfair for all other teams to be ranked on points and then one team be ranked by points percentage because nobody knows how the team will do in their unplayed games and it could move them up or down the standings.

It’s a very bad time for this COVID situation to happen to their team too with the trade deadline looming and their players not being able to play or even practice.

Teams may be wary to trade for players who won’t be an immediate help to their team, especially with a shortened season, and if trades do end up getting off between Vancouver and other clubs, the value will probably be decreased because of less time to help the team the Canucks players would be headed to.

Who are the top trade candidates for the upcoming deadline?
Due to the dead cap, most teams have much less money to work with this year, so I envision less impactful moves at the deadline or more retention of salary by the teams moving UFAs and players with larger contracts.

Buffalo will have to retain a good chunk of the contract, but I definitely think that Taylor Hall will be moved before the deadline.

He is a very skillful player but his value has been impacted the past few seasons from playing on teams with little help and poor offence in New Jersey, Arizona, and Buffalo. So, a team might get him for better value than usual and have a turnaround immediately. 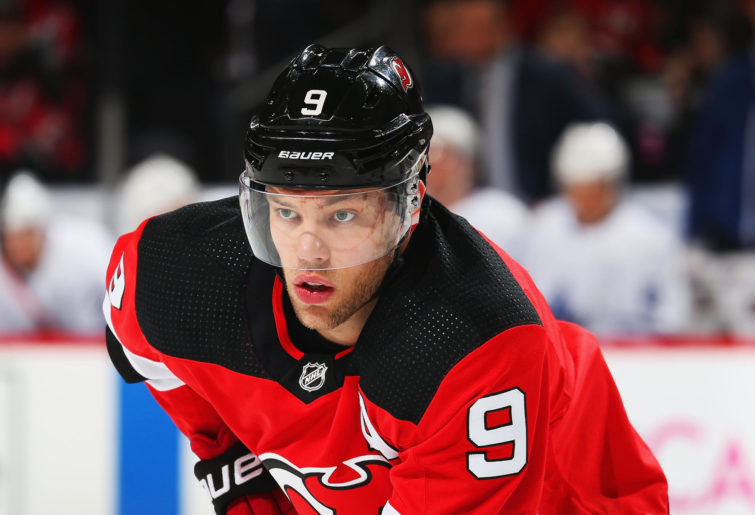 Taylor Hall during his time in Jersey. (Photo by Andy Marlin/NHLI via Getty Images)

New Jersey should be looking to trade Kyle Palmieri and many teams will be interested because behind Hall, Palmieri may be the best winger moving at the deadline. He should also cost significantly less to acquire, especially since he’s having a down year.

Palmieri was also held out of the line-up on April 4th for precautionary reasons, so it looks like New Jersey is making sure they will get full value for him soon.

Even though Nashville has worked their way into a playoff spot, their near future doesn’t look very bright and may still be looking to trade some players on expiring contracts and rebuild now to get a head start on it.

They will probably have to expose Matt Duchene, Ryan Johansen or both in the upcoming expansion draft and lose a big player, even though they haven’t been as productive as Nashville would have hoped. They should be looking to ship out Mikael Granlund and Mattias Ekholm, both who are on expiring contracts.

For the years ahead they would free up a lot of cap space by doing these transactions and set themselves up nicely to receive assets to take other teams’ contracts off their hands for a few years if they are in cap trouble with the salary cap not increasing at a good rate.

Though Granlund hasn’t produced this year, before joining Nashville he had consecutive 70-point seasons with Minnesota and may just need a change of scenery, with a cap hit that won’t scare too many teams of $3.75 million.

Ekholm is the best defence available, barring any unexpected big trades, and should fetch a great return, considering he’s under contract for another year at $3.75 million, as well. Nashville might as well get all they can for attractive upcoming UFAs and other players of value while they’re worth more.

Detroit should be looking to move Mark Staal out to a contender because every team always likes to bolster their defence with a veteran defender who can help in the room and step in when needed, and having someone who’s been there before.

Staal would definitely like to have maybe one of his last chances to chase a cup, as well. Jonathan Bernier is another player Detroit should be looking to trade since he has been putting up impressive numbers, despite being on one of the worst teams in the NHL this year.

They will be hoping that Jonathon Bernier can play very soon since he was dealing with an injury.

How important has Jack Campbell been to the success of the Leafs this season?
Campbell has had great success since joining the Leafs, even dating back to last season. But this season he has tied the franchise record for longest win streak from the first appearance of the season with nine already.

If he reaches ten wins in a row to start the season, he will tie Carey Price for the longest streak in NHL history. Campbell is also the fifth goalie in Leafs history to post a sub-2.00 GAA in his first 15 games with the franchise and first since 1950.

His performance this season has made an even larger impact since Frederik Andersen can’t seem to stay healthy and start the amount of games he has been used to since joining the Leafs. He’s played very well against the other top teams in the division, which has been key to staying ahead of the pack and getting the best possible first round match-up.

If this trend continues, even if Andersen is healthy come playoff time, I think they should start Campbell since he has been more reliable and it seems as though at times Andersen hasn’t looked like he’s trying his hardest and has a history with not playing the best in the playoffs.