“The soldier is the Army. No army is better than its soldiers. The Soldier is also a citizen. In fact, the highest obligation and privilege of citizenship is that of bearing arms for one’s country” ― George S. Patton Jr.

The retirement of South African-born Ireland loose forward CJ Stander caused an immense stir around the rugby world, not just at the shock of a player in his prime retiring relatively early and returning to South Africa, but more so regarding rugby’s residency rule and the polarising effect it has on the game and its players.

Stander left the Bulls in South Africa in 2012, signing for Munster in Ireland and having never been capped by the Springboks would be eligible to play for his adopted country in three years.

Needless to say, Stander made the most of every opportunity given to him by the Irish club, and national colours soon followed due to his outstanding consistency and ability in 2016.

Having been deemed as “too small” within SA rugby circles – and with the plethora of loose forwards South Africa produces who could blame the man for taking the opportunity to play international rugby elsewhere?

Arguably since his debut, Stander has been Ireland’s most consistent player during the past five seasons. His former captain, Irish hooker Rory Best, gave a glowing endorsement of the player when he recently said “I was lucky to captain CJ from his first Test start until I retired and what he gave in every game was a priceless loyalty. You know you can rely on him, no matter what way you go he will be 100 per cent behind you because he believes in the importance of the team over self.”

Here is one example of a player and why the residency rule should remain at three years. Even if you have been capped previously by another country, as many South Pacific Island players will testify too.

They simply want the opportunity to play for their birth or adoptive countries on the international stage and would give their absolute everything for their team and birth nation.

And who could blame them for their frustration due to the short-sighted absurdity of World Rugby, with its tyrannical and oppressive rules, especially when some players like Tongan-born Charles Piutau and Malakai Fekitoa aren’t considered for selection for the All Blacks anymore and haven’t been for many seasons now.

Both of whom were capped by the All Blacks but since then have had to increasingly jump through hoops laced with fire to try and represent Tonga (Fekitoa’s and Piutau’s last Test matches being 2017 and 2015 respectively) at the 2023 Rugby World Cup.

Looking at these two players in particular they haven’t and won’t be considered for the All Blacks any time in the near future, so why not be able to represent your birth country in this scenario? 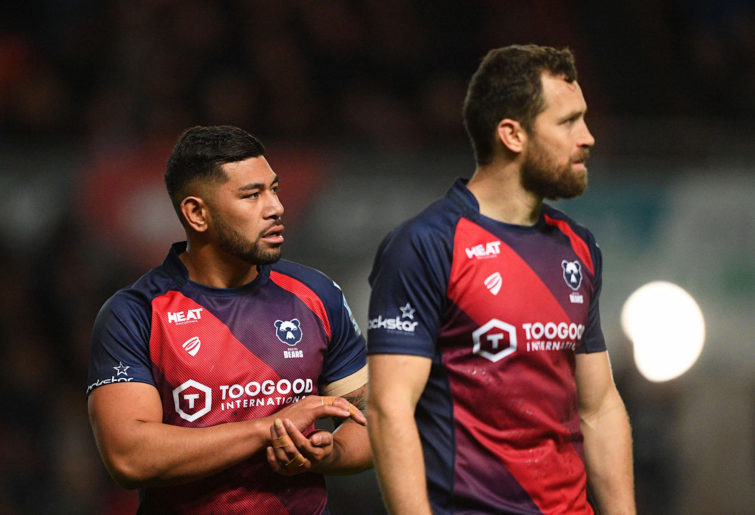 Imagine the wealth of knowledge they could bring to a Tongan rugby team, the youngsters coming through the ranks would be able to learn from senior players such as Fekitoa and Piutau.

Think of how much stronger Tonga and other Pacific nations would be with players like these two were allowed to go back and give back to their birth nations after not being selected anymore for their adoptive countries.

World Rugby has bleated constantly about “growing the game” around the world, yet they have belittled and neglected the likes of Samoa, Fiji and Tonga at every juncture and opportunity.

If you really want to improve the game in these countries as well as make them more competitive against other traditional rugby powerhouses, allow them and other former players to play for their birth countries, play regular Test matches, and actually implement a pipeline whereby these exciting and simply outstanding rugby players will have a genuine pathway to represent their birth nations.

Those who choose to still seek representation elsewhere should be allowed to, however failing that, they should be welcomed with open arms to play for their birth country after a stand-down period (which those Pacific Island players have no issue with).

While the respective cases for Stander and Fekitoa, Piutau are vastly different, the principle remains the same in allowing the very best players the opportunity to play international rugby, to make the game more attractive as a spectacle.

Stander’s case is more controversial due to the polarising opinion of the residency rule of playing for an adoptive country and the effect that can have on a club’s academy and their youth players. For those wanting to return to their birth nations, it is inconceivable that these players would be blocking younger players from coming through or not give all their ability to their new team and cause.

To me it sounds conservative, draconian, and quite frankly nationalistic in World Rugby’s approach and outlook, the idea that a person isn’t deemed “Irish” or “Welsh” enough because they are from another part of the world doesn’t hold any weight.

Coaches, fans, and players don’t care what part of the world you are from, they just want their very best players on the pitch representing their country (adopted or not) with the same vigour, patriotism and conviction Stander showed during his career. World Rugby, the game’s governing body has been implicit in their rapacious avarice, an inability or aloofness to support and help grow the Pacific Island nations, seemingly all too happy to take players from those incredible rugby talent pools and get them to turn out for the European home nations and clubs (New Zealand and Australia are downright culpable too).

But as soon as those players aren’t considered anymore, they are not allowed to play for their countries of birth, which makes the situation farcical, unfair, and downright shameful.

Unless something changes drastically, we are going to continually see the pillage of the island nations for the privileged few benefiting from it, as Patton said “In fact, the highest obligation and privilege of citizenship is that of bearing arms for one’s country.”