Would an NRL auction be better than the draft?

Many have called for an overhaul of the salary cap and perhaps even a revisiting of the NRL draft, but perhaps a better way forward on both fronts is to have an IPL-style NRL player auction.

The current free agency system along with the salary cap has worked for many years. However, the good clubs have now worked out that the more money they spend off the field the more success they get on it, which means that this method no longer produces equal results.

Players want to play for the best clubs and are prepared to go there for less. This in turn makes it more difficult for the bottom clubs to sign the players needed to climb the ladder. Given the NRL is not just a sport but an entertainment business, all teams must be competitive.

Fans must be engaged in the hope that ‘this year’ will be their year.

The game is currently plagued by player signings over a year out from the move. This is not a good look, and it is not something fans of the game would like to see continue. An end-of-season draft would eliminate this issue and make a more level playing field for the lower teams.

A draft is already in place in the AFL, and it is open to a restraint of trade. Players would have less negotiation ability if they were compelled to join the North Queensland Cowboys simply because they have the first pick.

So to allow the NRL to differentiate itself from the AFL and allow players to make as much money as they can, an NRL player auction would be the better way to go.

There would be many benefits to such a system. Held at the end of the season, player movements would no longer be made during the year prior to them joining their new team.

Players could still re-sign for their existing club at any time should they choose not to enter the auction, thus player movement may be reduced, increasing club loyalty.

There would still be a salary cap, and because clubs would bid for each player, the value would then be known, making the cap more transparent.

Dodgy transactions – whether by having ‘two books’ or by other means – would no longer be an option as players have to go to the highest bidder. There would be no more under-the-table offers.

There’s also the benefit that the auction would be an exciting television event and therefore yet another revenue-raiser for the league.

I would love to hear your thoughts on an NRL player auction. Is it a good idea you would like to see brought to the competition?

Some Harlem Globetrotters stuff from the Eels against the Broncos! 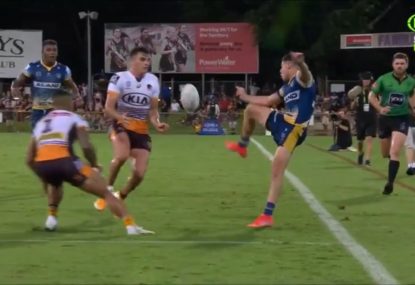 Mistakes don’t come quicker than this. 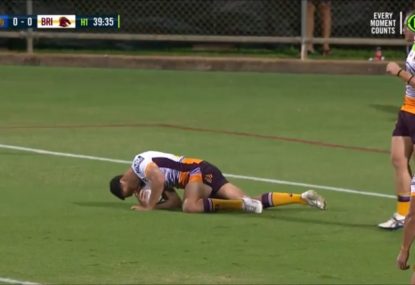 What a ridiculous offload from the veteran! 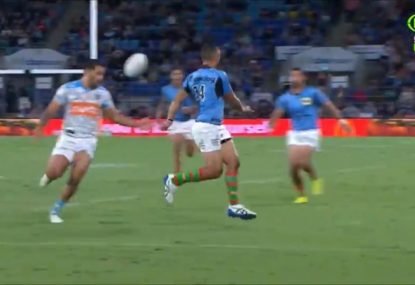 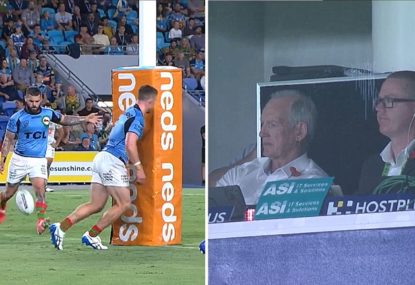 Would you expect anything different from Wayne? 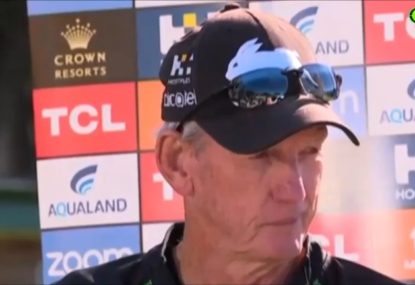 Penrith coach Ivan Cleary is concerned teams are targeting his team by slowing the play-the-ball down with set restarts early in tackle counts.