Hodgson was injured late in the Raiders’ 30-10 defeat to Penrith on Friday night, and did not return. The 31-year-old could be seen trying to stretch out his left leg for several seconds after a try, before eventually succumbing to the problem.

Any injury to Hodgson would be a significant blow to the Raiders. They were forced to make do last year without him, and while dummy-half Tom Starling took them to within 80 minutes of a grand final, there is no doubt they missed their leader.

Saturday’s game shapes as a big battle of the packs, with Parramatta’s number nine Reed Mahoney leading the Dally M count headed into Round 5.

Meanwhile, the circumstances surrounding Charnze Nicoll-Klokstad’s concussion could also cop some scrutiny from the NRL. 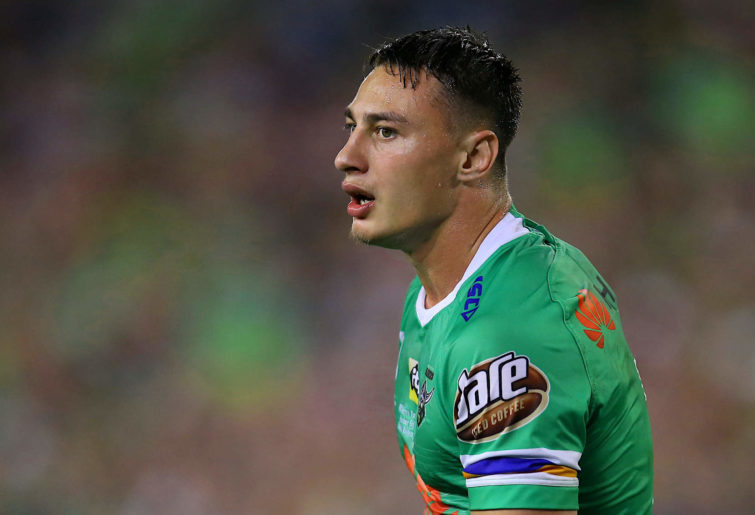 The Canberra fullback stayed on the field for eight minutes following the initial knock in a tackle from Isaah Yeo, before eventually leaving the field.

In that time, he was the victim of a high tackle from Viliame Kikau, prompting some questions over what actually removed him from the field.

It’s understood the NRL’s spotter spent that time going over the footage of the original blow, sustained in the first tackle with Yeo. The Cook Islands international came reeling out of the hit, and staggered forward before falling to the ground.

It’s believed he was eventually ruled out on that footage, even before finishing his head injury assessment (HIA).

There is however a thought that the injury could pertain to neck issues the 25-year-old has previously battled, as club medics could be seen analysing movement in his fingers.

Regardless, Nicoll-Klokstad’s absence hurt the Raiders on Friday as they desperately lacked his safe hands and defensive voice at the back.

“It certainly did (hurt), but it shouldn’t be an excuse,” Ricky Stuart said.

“Jordan (Rapana) has played fullback before, he did a good job there, I thought he played really well.

“I’m happy with Elliott (Whitehead) in the centres, that’s what happens when you lose an outside back.” 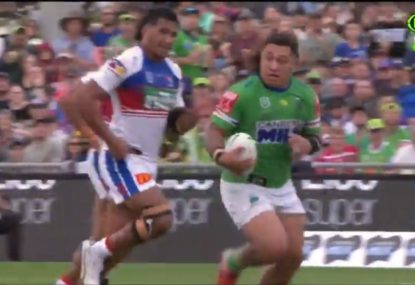 Hodgson stands down as Raiders co-captain

Canberra star Josh Hodgson has stepped down from the co-captaincy at the club amid growing rumblings of disharmony at the Raiders this season.

Hodgson stands down as Raiders co-captain 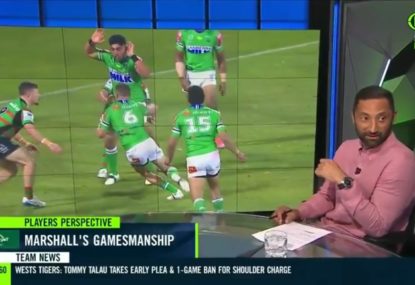 Frustrated Canberra Raiders coach Ricky Stuart, contemplating a fourth loss in a row for his side at the hands of South Sydney, admits his side only had themselves to blame for their 34-20 defeat at GIO Stadium.