Brisbane Roar coach Warren Moon says his side can build momentum for a top-six charge after their upset win over Macarthur FC, but they may have to do so without experienced striker Scott McDonald.

The veteran McDonald was a mysterious absentee from Brisbane’s drought-breaking 2-1 win over in-form Macarthur at Campbelltown Stadium on Friday.

But former Socceroo forward McDonald was a puzzling absentee, which Moon described as “frustrating”.

“It (the situation) is pretty unclear to be honest,” said Moon.

“He was training on Friday, we thought he would be travelling but unfortunately he wasn’t.

“We need to get back to Brisbane and see what the situation is.” 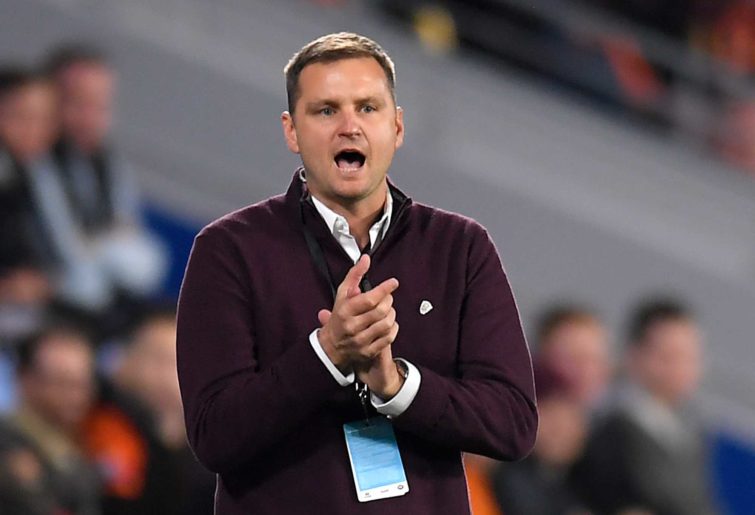 Despite their lengthy winless streak, the Roar are still in touch with the top six and now sit four points shy of sixth-placed Western Sydney Wanderers with two matches in hand on many of their rivals.

“I say every week the performances are there… we just have to keep believing in the process in what we are doing and how we keep trying to play and develop.

“I think the performances have been there (in past weeks), it is a case of taking our chances.

“This side is not done, it’s a work in progress.”

Macarthur were left to rue the opportunity to claim a club record fourth win in succession, which would have allowed the A-League new boys to move into second behind surprise leaders Central Coast Mariners.

It was something of a limp display from the third-placed Bulls, who could have lost by a far greater margin.

The home side struggled for penetration and were cut apart on several occasions by the Roar’s lively frontline.

“Pretty disappointing, I thought we maintained decent possession, but didn’t threaten as much as we would have liked,” said Macarthur coach Ante Milicic.

“We weren’t disciplined enough in possession with the ball and that was a huge problem, and there was way too much transition in the first half.

“Brisbane probably should have more points than they do, and we didn’t disrespect the opposition or take it too easily.

“We didn’t deserve anything from the game and we quickly have to regroup for the match (on Wednesday) against Adelaide.”

Sunday’s A-League clash between Brisbane Roar and Perth Glory is off, with the fixture postponed as a result of the three-day lockdown imposed by the Western Australian and Queensland governments.

A second-half strike by Japanese midfielder Riku Danzaki has secured Brisbane a point with a 1-1 draw in the Roar’s A-League match against Western Sydney.

After Match Week 6 of the 2020-21 A-League season, Brisbane Roar sat second on the ladder after stringing together four consecutive victories.