But everything is not that simple. That’s just the way it is sometimes. And Zach LaVine, for most of his career, has hovered in that second category of uncertainty.

The NBA has been swamped with endless careers that were misjudged based on what they had at their disposal. Take Stephen Curry for instance. He now looks like a rockstar, the sole frontman of his band that happens to be filled with high-school teachers that can play an instrument.

In this scenario, Draymond Green would be the old-timer guitarist, who carries the tempo of the defence and is looked up to by the rest of the players. Yet he routinely claims he has no motivation to play in second-tier festivals (this case being the play-in tournament), leading to the rest of the high-school teachers playing appallingly when left to their own devices. The Golden State Warriors lost 77-130 that next day.

Andrew Wiggins is the second guitarist that one day can rock an epic solo that steals the show, and the next fail to play simple chords yet will mostly keep up with the pace of the song. It’s usually the latter.

Kelly Oubre Jr is definitely behind the drums: all force, no skill. Then I will throw James Wiseman at the bass since it’s the most overrated position. There you have it, Stephen Curry and the band of misfits. But for Curry, this is the test, just in reverse.

The test is that Curry has never had to toil away on a bad team like Zach LaVine did once the two became the undisputed number one guys in their squad.

Sure, we know Curry is better than Damian Lillard, Kyrie Irving and even Kemba Walker, but those guys did not have a bottomless amount of help on offence and defence like the golden boy. But for now, Curry has a group of nobodies, just like Zach LaVine has had until recently with the addition of quality All Star Nikola Vucevic. 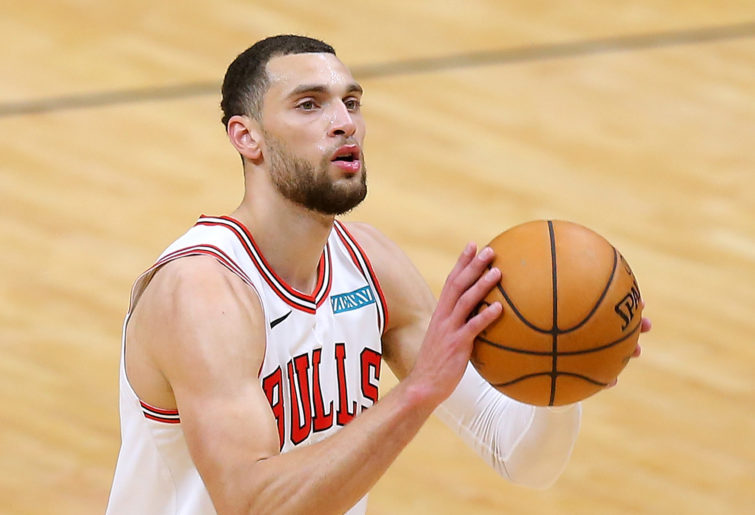 If you think I’m being too brash on the supporting cast of misfits, then check this stat out. According to NBA World Wide Coverage, the Golden State Warriors have the 13th best offensive rating with Curry this season (114). Without Curry, the Warriors have not only the worst offensive rating this season, but of every season in NBA history (102.2).

That’s enough evidence for the Curry test to be over. Curry is just as good as advertised right in time for Zach LaVine to enter the game. Because LaVine might not be a top-three shooter of all time or a versatile defensive specialist when he feels like being one, but he does have Vucevic. That pairing should be enough to make the playoffs in the east at least.

LaVine has never played in a playoff game. We knew he was talented and still young, so we cut him slack. But LaVine is 25 now. The grace period of a young guy trying to figure things out is over. Game on.