Leading wicket-taker Nathan Lyon (39 wickets) and Mitchell Swepson (29) will be particularly crucial if another batting-friendly surface is served up at Allan Border Field in Brisbane.

In recent times, the ground has been a bowlers graveyard.

This season, just one clash was held at the venue, which was abandoned after just 76 overs because of torrential Brisbane rain.

Before that, however, the previous two matches at Allan Border Field saw both teams’ first innings combine for 988 and 993 runs respectively.

If a similar batting-friendly surface is prepared for this week, Lyon and Swepson will become crucial partnership breakers, particularly when the ball ages beyond 50 overs.

The Shield final is a five-day affair, too, and with mostly dry weather forecast for the duration, the pair may well prove match winners on days four and five if deterioration occurs.

The two come into the clash having landed early blows.

In the match between the two states last week, Lyon was player of the match for his 6-128, while Swepson’s second innings 4-59 (including four top-six scalps) sent a strong warning.

It was apt that the two made the headlines in that match, as the 2020-21 Shield season will be remembered for the return of turn.

Three of the top five wicket-takers this season were spinners: Lyon, Swepson and Victoria’s Jon Holland.

To put this into context, no spinner had finished in the top five list in the previous three seasons.

Lyon has bounced back from a disappointing Test series against India to return impressive numbers.

Having struggled to make an impact against India (7 wickets at 55.1), he has played the dominant role since returning for NSW. 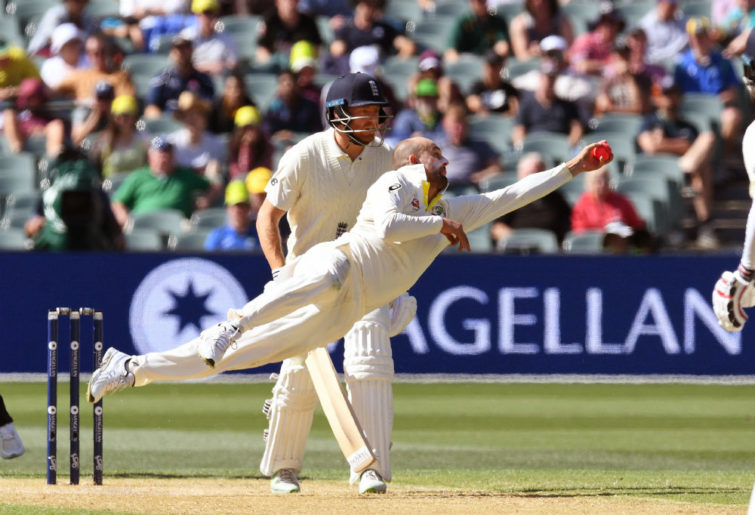 And while that may be expected from Australia’s greatest ever finger spinner, the results are a nod to his work ethic and continued drive to improve.

It would have been easy for Lyon to have requested a break after what every player termed a gruelling Test series.

Instead, Lyon and Cameron Green became the only players since 1975-76 to feature in every Test and every Shield game of an Australian summer.

Swepson too has hugely impressed this campaign.

While the calls for a left-arm finger spinner to partner Lyon will be strong when Australia tours Asia multiple times in 2022, Swepson is making an almost irresistible case to finally make his Test debut.

His 29 wickets have come in just four games this season; a neck injury curbing his involvement during the middle part of the season.

Perhaps most pleasingly for the leg spinner, he has single-handedly propelled Queensland into winning positions on numerous occasions.

Of course, other players are also set to play a big role in deciding this year’s final.

Marnus Labuschagne is in terrific touch, while NSW is set to roll out a Test-quality attack.

Mitchell Starc will be an interesting watch.

The left-arm quick has backed up a lacklustre Test summer with a similarly uninspired back-half of the Shield season.

In his four matches since the Gabba Test, Starc has taken just six wickets at an average of 74.8.

One would expect NSW to back him in for the final, but he appears a bowler crying out for an extended break to freshen up.

And for the fans?

Many will simply be hoping for an exciting contest.

Shield finals in recent years have hardly inspired, but a rule now exists (that was in place for the 2018-19 final) that deters the hosts from serving up a lifeless track.

In years gone by, a draw in the final would suffice for teams that finished the season on top.

This resulted in the home side often preparing flat surfaces.

In fact, in the six finals between 2012-13 and 2017-18, four were draws despite being five-day affairs (as opposed to four during the regular season).

Since the 2018-19 final, however, the winner is now determined by the same bonus points system that applies during the regular season.

That is, in the event of a draw, the winner is determined by first innings points accrued (provided at least 270 overs have been bowled).

Fingers crossed that means we won’t see another dull deck at Allan Border Field, and can finish the summer on a high.