I also read a lot about how Trent Barrett at the Bulldogs hasn’t got the personnel to challenge more. While this may be true regarding expansion, the roster is not the reason the Bulldogs are bottom of the ladder.

Perhaps the best, albeit most painful way for a Bulldogs fan, to prove this argument is to rake a comb over the current Bulldogs squad and see what kind of talent we’ve got (pre-Jackson injury) at the bottom of the ladder.

Dallin Watene-Zelezniak
Dallin has performed well enough for Penrith and New Zealand in the past, but seems to drop balls and miss tackles for the Bulldogs. He’s certainly shown enough to suggest he could be a much better player with the right coaching.

Nick Cotric
No doubt about his quality. But having broken into the NSW and Australian teams at Canberra, I’m sad to say playing for the Dogs will put his rep career on hold.

Will Hopoate
While Hopoate is entering the tail end of his career, he has shown in the past just how talented he can be at Origin level and in the past few years has been one of our more reliable players.

Corey Allan
His State of Origin debut last year showed just how much talent Allan has and I hope to see more of that this season.

Tuipolotu Katoa
Admittedly, one of our weaker players on paper and despite showing some good signs, if Jayden Okunbur, Nick Meaney or Christian Crichton were fit he would be back to reserve grade.

Jake Averillo
Everyone talks about his talent, and I think next to a more experienced half or in a stronger squad we could see something special from him.

Kyle Flanagan
Performed well, if not outstandingly, at the Roosters throughout a strong season. Like Jake, he would do better with a stable veteran in the halves with him. If we hadn’t bought him someone else would have and he would likely still be playing first grade.

Jack Hetherington
Disciplinary record aside, he’s one of our most consistent forwards and would be a shoo-in for most clubs.

Sione Katoa
Our next Achilles heel, showing signs of promise but not nearly dangerous enough or fast enough to be a quality hooker.

Dylan Napa
Perhaps past his best but his past record shows how good he was at his peak. 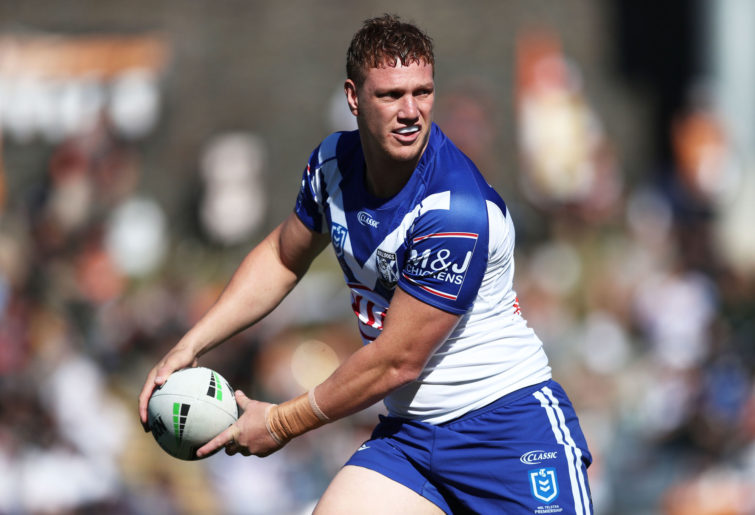 Adam Elliott
One of our most consistent performers and would be one of the first players chosen each week.

Corey Wadell
While Corey has been a bit inconsistent, with a bigger pack around him, he could offload more and show a bit more skill.

Josh Jackson
No doubt here about talent, and if Jackson were at a top four club, I doubt he would have fallen out of Origin favour.

The main problem for the Dogs is that in the back row, Elliot, Jackson and Wadell are all similar back rowers. None are big tackle-busting danger men but rather solid workhorses. Having three in the same team is only great if your other forwards are more aggressive.

Thompson has a great record in the UK and has shown glimpses of quality that can only grow if he stays injury-free.

Jackson Topine is clearly a talent of the future, given what we’ve seen in just two games. Ogden is a decent player off the bench and I wouldn’t be surprised if a coach like Craig Bellamy brought a lot more out of him.

Same with Lewis – so much passion, great kicking game and enough energy to fill a case of red bull every week; I would love to see him developed better than he has been, because he could be a top-quality half one day. 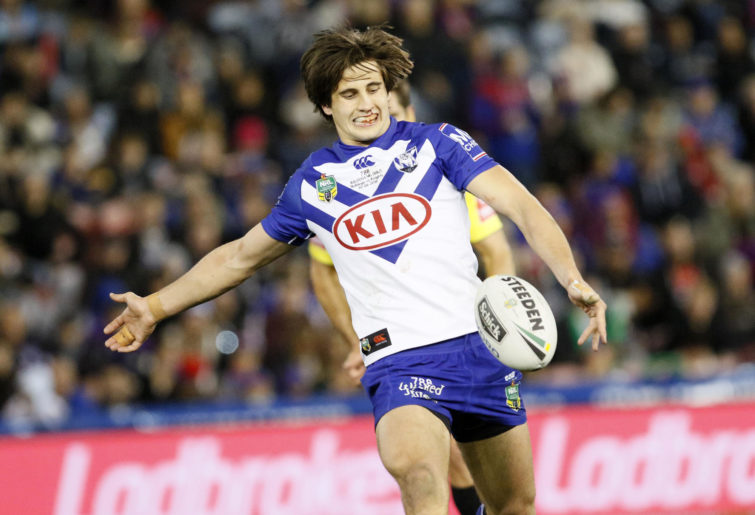 Meaney might not be the best outside back but he is one of our most reliable and certainly would slot in well in most teams behind their super stars. RFM was also one of our most dangerous players and we are missing him in the forwards more than we probably know.

Finally, as much as JMK shows glimpses of talent, he is not quite good enough to play hooker or half. Wish we’d brought his brother over instead of letting Souths nab him.

No matter what negativity I read about the talent pool, I genuinely think most of these players would be performing much better at another club and most of them are not below NRL quality.

On paper, the Dogs should be competing in every game and winning a lot more. Whether it is coaching, club culture gone sour or poor management (though likely a combination of all three), the Bulldogs roster isn’t the main problem.

I’m not sure how I would turn it around, but a bit more experience in the spine would be a good start.

Going back to the original question, there is enough talent for 16 teams and that the blowouts are due to other factors. However, adding more teams to the NRL might stretch that pool even thinner.

Instead, I prefer the idea of a two-tier system. It allows expansion while also not overcrowding the top division with mediocre players. A further boon is that more teams could have a chance of joining the NRL first grade comp.

Aside from seeing a couple of new clubs like a second Brisbane team and a Papua New Guinea team, it would also offer a chance for a team like the North Sydney Bears to have a way back in. 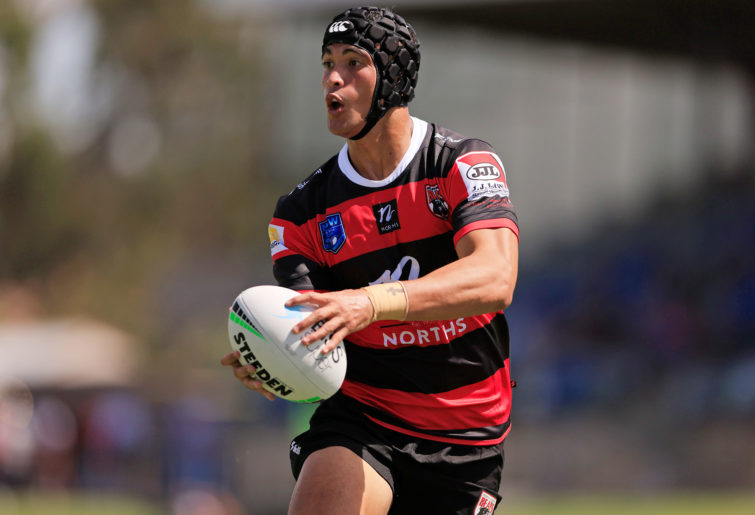 A second division would also mean the talent issue would no longer matter, as you’d have perhaps 12 top division teams with the best players, while young or fringe players battle it out at the lower level.

A quality coach could develop a young squad and if they are promoted, use the financial boost the NRL would be obliged to give to retain that talent. You could have a top-tier team loan development players to the second tier like soccer in Europe and provide a much better development path.

Adding more teams and having a lower tier might seem more expensive at first, but it would allow for a lot more televised games, including the very attractive relegation and promotion battles that gain high ratings in England.

Then there would be the bigger fan-base having teams not only from new teams, but you can guarantee more Bulldogs fans would be watching if we were battling for promotion than drowning at the bottom end of the table playing meaningless game after meaningless game.

What’s more, the games in each tier would be more competitive and hopefully blowouts would be much rarer. Not to mention the idea of a knock-out comp where both tiers as well as the Intrust Super Cup teams and regional teams.

Imagine if Dubbo or Coffs Harbour got through the early rounds and had a chance at playing an NRL team?

Nothing would raise interest in grassroots rugby league more than a competition like this and this would bring back a lot of people who have stopped watching the game for various reasons.

A lot more needs to be discussed about a two-tier competition, such as how the finances would be divided, which teams would be allowed in and what the promotion and relegation system would be like.

Yet, for now, it is absolutely best way forward for rugby league in Australia.

Roarers, let me know what you think of the potential introduction of a two-tier competition.