Forget the Melbourne Cup, forget the Cox Plate, forget The Everest – Saturday’s Group 1 Queen Elizabeth Stakes should be the race that stops that nation.

It has all the signs of being a classic.

Defending champion and import Addeybb returns to pick up another huge cheque, while bridesmaid Verry Elleegant looks to turn the tables on last year and go 2-0 in their head-to-head duels this prep.

Then you have last year’s Cox Plate winner Sir Dragonet, fresh off a big win in the Tancred, looking to take the crown.

While there are just seven runners, all of the field come into the race with impressive form, meaning it should be a genuine cracker at 3.50pm on Saturday.

Below I have given my thoughts on each runner in the race, based on the track rating of a Good 4, with the possibility of a Slow 5.

Come back tomorrow and I’ll have previewed five other races where I think I can find the winner.

This star import looks primed to go back to back in this feature event. His first-up run in the Ranvet Stakes and he should only be improved for the outing.

The only concern is the firmer ground. His best performances have been on rain-affected tracks and it’s likely to be a Good 4 or Soft 5 on Saturday.

Blinkers go on for the first time, which is somewhat of a worry for a horse that has 21 starts under his belt, but most horses do improve with the gear change.

With not a lot of speed in the race, Addeybb will be in front at some point of the race, but whether he can hold off faster-finishing rivals is the key question. 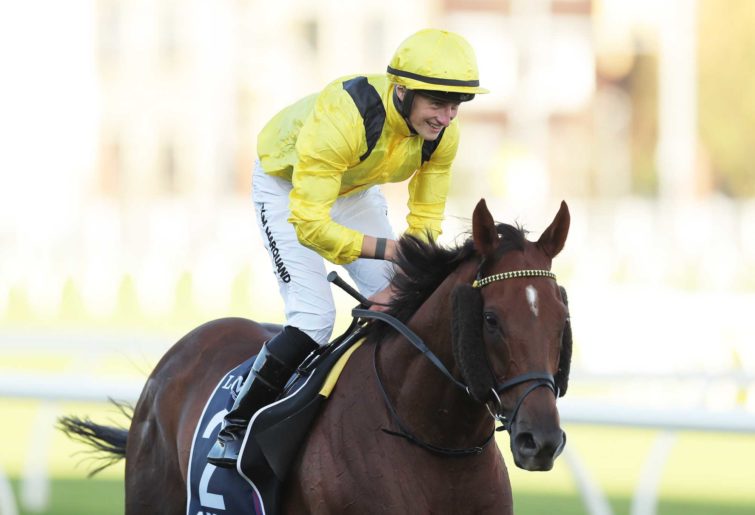 This former import is making himself a big name in Australia. His first-up win in last year’s Cox Plate was superlative, while his sixth in the Melbourne Cup was nothing but gutsy.

Sir Dragonet has won four races in his lifetime has almost $5 million in prize money, which is something pretty special.

His win in the Tancred Stakes over 2400m earlier this month suggests that he’s come back in fine order this preparation. Ideally would prefer a softer track, but he has won in a firmer surface so I think he’s right in this race.

He’s absolutely low-flying at the moment. He won the All-Star Mile at Moonee Valley last month and then carried a good horse’s weight in the Doncaster and was only beaten 1.5 lengths last weekend.

He backs up quickly but Kris Lees is an experienced horseman and has probably had this prep in mind since last year’s Cox Plate, where he finished a respectable fourth.

Nine wins from 19 starts suggests he’s a winner and on a firm track he will be right in the race with 200m to go.

The only question mark on him is his class. He’ll need it to beat this field.

Poorly weighted under the weight for age scale, you’d have to think this talented gelding might just be a little bit out of his class on Saturday.

That’s not to disrespect the horse, because he’s built a lovely resume in the last few years, with a win in the Group 1 George Ryder last month highlighting his talent, but this just won’t be his race.

The Doncaster was perfect for him and unfortunately, he had to be scratched due to a minor injury.

You’d love to own this bloke because he’s a wonderful horse but he simply won’t be winning on Saturday.

The South Australian galloper has yet to win a Group 1 race and it’s hard to see him breaking that duck in one of the best weight for age races we’ve seen assembled in Sydney.

His run in the Doncaster when third was encouraging enough to suggest he’s not going to be tailed off on Saturday, but a place would be a very good result for connections.

What a ripper of a mare she is. I just love her. She’s not Winx, but she doesn’t try to be. On her day she can be just as sizzling, though.

Verry Ellegant’s record is starting to look formidable. She’s won 13 of 28 starts and 6 out of her last 10.
Her win against Addeybb in the Ranvet was sensational and if she repeats that she is going to take some beating again.

The question mark is that last year she was pipped by Addeybb in this race, so there is a chance that history could repeat itself if the import is just that little bit classier.

That’s what makes Saturday’s race such a beauty.

I love this horse and he was a victim of a bad barrier draw in last week’s Doncaster, but I can’t tip him this week.

I’m not dirty that I backed him and lost, it’s just he carried 49.5kg in the Doncaster and couldn’t overcome the bad draw and now he goes up to 55.5kg against a better field at WFA level.

None of that inspires confidence.

Still, it’s great to see a 3YO in the Queen Elizabeth and I’m sure Mo’Unga is going to be a horse to be reckoned with in the spring.

Summary
I think there are four winning chances. In racebook order they are Addeybb, Sir Dragonet, Mugatoo and Verry Elleegant.

I’m prepared to take a risk on the import. The fact they are using blinkers for the first time suggest he might not be as sharp as he was last year. 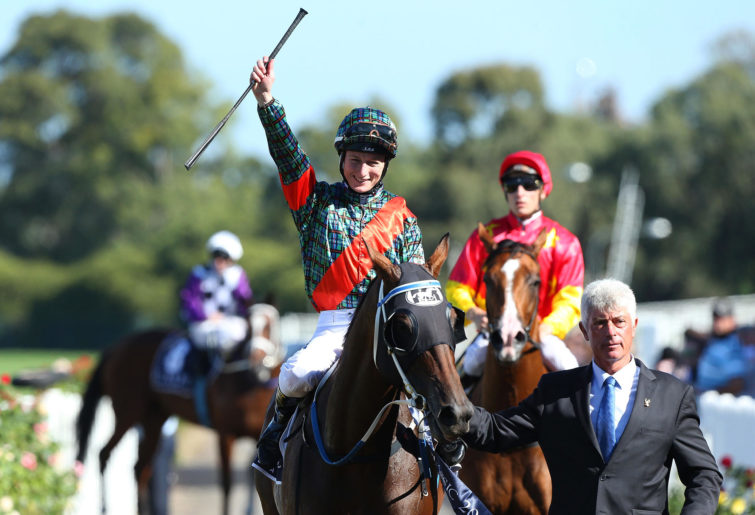 Having said that, there was nothing wrong with his first-up run so it could just be a matter of switching him on.

Sir Dragonet and Mugatoo will look like winning chances at the 400m mark, but it will be Verry Elleegant who emerges over the top to win.

She was ultra-impressive last time out and her record is simply sensational. Her colours were lowered slightly last year, but the track is firmer this time around and that might give her an edge over Addeybb and the others.

There’s probably no knockout hope, but the other three runners will be better suited in slightly easier grade.