Does Jamie Maclaren need to win silverware to be considered the A-League’s greatest goalscorer?

A topic of conversation currently in world football is whether Harry Kane should leave Tottenham.

The Spurs striker netted a brace in their 2-2 draw with Everton this past week, taking his tally to 164 Premier League goals, making him the competition’s top scorer for a man who has never won the competition.

Regardless if he leaves Tottenham, Kane will likely finish his career as the Premier League’s, Tottenham’s, and England’s leading goal scorer. He will leave a legacy, however that might all be considered for nought if he doesn’t win the Premier League title.

Another goalscorer in world football yet to taste the feeling of lifting a championship is Australia’s own Jamie Maclaren. This piece is not to say they are similar players, nor do they play in leagues where a comparison can legitimately be made.

Steven Gerrard is the greatest example of this, despite winning the Champions League, UEFA Cup, and a couple League and FA Cups, it took Gerrard becoming manager at Rangers for him to get his first taste of a league title. The fact he never won the Premier League is something that is always mentioned.

If Maclaren’s career was to end tomorrow, and let’s hope there are still many miles before he sleeps, the Western Australian will be held in high regard as one of the greats to play in the A-League.

In City’s record breaking 7-0 win over Melbourne Victory, Maclaren became the first player to score five in an A-League match since Victory’s own Archie Thompson in the 2007 A-League grand final.

While all Thompson’s goals came from open play, there were 52 minutes between goals. Maclaren just edged him out netting his fifth 51 minutes after opening his account for the night.

He is one goal away from reaching 20 goals in a season for the fourth time, he has already achieved this more than any other player in A-League history. Bobo holds the record for fastest player to score 20 goals, it only took him 20 games to reach 20 in his record breaking 2017-18 season, if the 15-time Socceroos striker scores against Macarthur this Saturday he will hold the record with 17.

His five-goal haul took him eight clear in the race of the Golden Boot, he will, pending a dramatic change in form, claim his third Golden Boot which will be another honour he will hold alone. In doing so, he will be the first player to claim the award in consecutive seasons since Shane Smeltz in 08-09 and 09-10.

Maclaren only needs two goals to become Melbourne City’s greatest ever goal scorer. Bruno Fornaroli holds that record, but the Uruguayan did it in 70 games, Maclaren just featured in his 50th appearance in sky blue. He also only needs two goals to become the second first to reach one hundred A-League goals. Besart Berisha played 156 matches when he hit a century. Maclaren has only played 141. 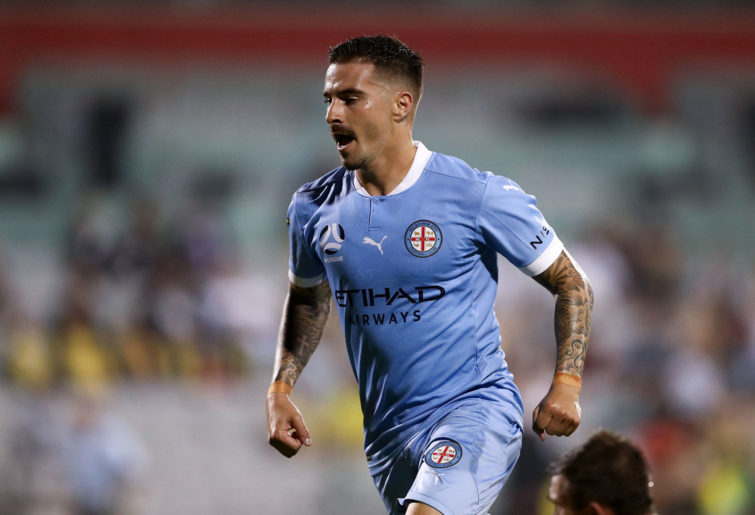 Maclaren’s first ever glut (which I just found out means five goals) is the sixth time he has taken the match ball home which is again an A-League record, Berisha (five) and Shane Smeltz (four) come close.

Looking at all these accomplishments you can make a very valid argument that Jamie Maclaren is already the best striker we’ve ever seen in this league. Yet silverware is one thing he hasn’t achieved. Not just in his A-League career but in his entire career.

Berisha, Thompson, Fornaroli, Bobo, Alex Brosque, and Kosta Barbarouses all have decorated careers to go with the goals they have entertained us with.

Silverware is something that has evaded City, since their inauguration in 2010 they only have one FFA Cup trophy in their cabinet. However under Patrick Kisnorbo they are arguably in the best position they have been in to win the championship. They’ve been playing the best football, scoring goals for fun and have been hard to break down this season.

Only Adelaide United have won a match by seven goals in the A-League but they failed to even make the final in both seasons (2010-11, and 2014-15) they managed this.

Only Central Coast (2012-13) and Perth (2015-16) have scored or more goals on multiple occasions in a single season before Melbourne City, and neither or those did it to their biggest rival let alone twice to the same team.

The race for the Premier’s Plate has never been tighter. Eight points separate the top eight teams so each game is crucial. City are in the box seat but still have a lot of work to do if they, and Maclaren are to claim their maiden finish atop the podium, and go one better after losing last season’s final to Rhyan Grant’s chested extra-time finish.

Maclaren has added more than just goals to his game this season, in addition to the 19 he has converted, he has set up five goals, and has played 13 key passes. Overall he has contributed to 63.15 per cent of Melbourne City’s goals.

Craig Noone and Andrew Nabbout have also chipped in making them one of the more formidable trios we’ve seen in the A-League. The three of them have 40 contributions so might win the league on the back of these three players alone.

I touched on the difference between A-League’s and other leagues earlier. This is a league that big European and other Asian clubs are attracted to so who’s to say City’s number nine will play in Australia forever.

It’s speculative to even predict he will surpass Berisha’s goal scoring record. He is a few months shy of his 28th birthday and has had a couple stints overseas before. Heck, even New York City FC, a team affiliated with Melbourne City, would surely have their eyes on him, especially if their frontmen fail to fire again this season.

However I don’t believe Jamie Maclaren is required to win a championship to be in the conversation the best the A-League has seen. Like Kane, his goals will be enough. It’ll likely be a while before we see a finisher like him in this league.

As stated he might go on and win it this season and end the conversation before it even begins. The great goalscorers of this league have mostly been foreign players to Maclaren being an Australian stands out above the rest, your Thompsons and Brosques that were mentioned earlier but his legacy will be strengthened if he gets his hands on a plate or a toilet seat that the league has to offer. 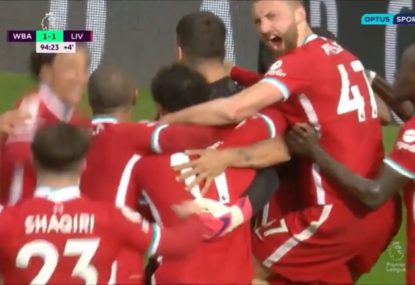 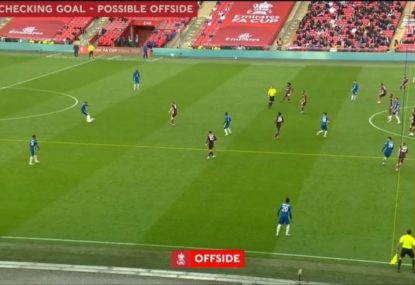