As silly as it sounds, our brains are activated by witnessing action.

It doesn’t take a scientist to know that you are going to remember the worst food you ever ate similar to how you will remember the best. Both making you question the legitimacy of a divine presence for two opposite reasons.

But when you eat just another chicken schnitzel, it is not very memorable. Our brains simply don’t care.

But the Sacramento Kings exist in a purgatory state of indifference. Nobody talks about the most underachieving team in the league because they seem to have been rebuilding for a gazillion years.

Yet they have never really been considered the worst of the worst. The last time they were a bottom five team in the league, Marcus Thornton was their leading scorer in 2011-12.

They haven’t even entered the playoffs since 2005-06, which is the longest playoff drought in the league. So they suck but not enough that it gets rubbed in our faces.

But this season they are extremely disappointing and people need to pay attention.

The Kings are in the middle of their second nine game losing streak this season, have the worst defensive rating in the league and are coached and assembled laughingly bad. But still, they have games like Friday where they lose a back and forth rollercoaster to the second seeded Phoenix Suns by just eight points away.

Or maybe it’s losing to the Milwaukee Bucks by one point or a healthy Miami Heat team by one point, but something tells me this team does have it. Whatever it is. 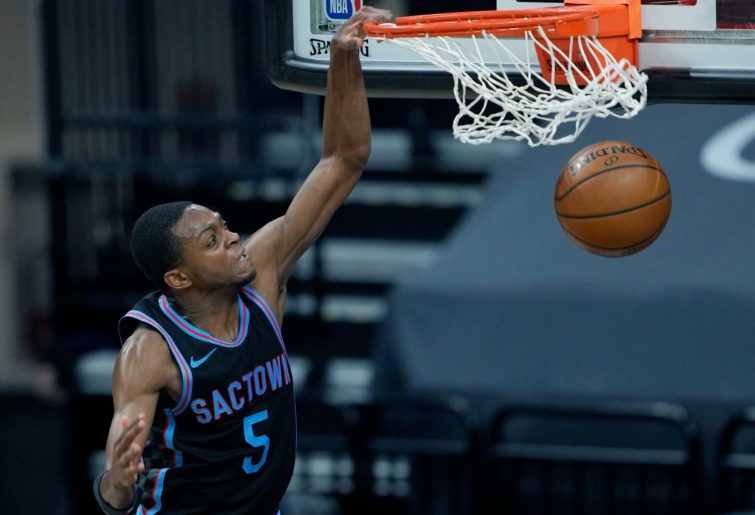 De’Aaron Fox might be that answer. In the month of April so far, Fox has averaged 28.3 points, 6.9 dimes 46 per cent from the field. He is about to join the elite company of LeBron James, Oscar Robertson and Nate Archibald as the only 23 year olds to average 24 points and seven assists a game.

But for such a prolific scorer, Fox has a glaring weakness for shooting. Making only 33 per cent of his long balls from the three point line and 71 per cent from the charity stripe, Fox will not be considered in the elite company of point guards until he covers this whole. Even if he does shoot 76per cent from within three feet of the basket.

But I’m confident that this will rise. That confidence comes from seeing Fox drop 39 on Lonzo Ball and UCLA because he felt overlooked. Or seeing Fox go from 11.9 in his rookie year to now 25.2 with the same chip on his shoulder.

Unfortunately for the rest of the Kings, my confidence is not as high.

Starting with head coach Luke Walton who by my prediction, might be on his last legs. I would start with the ingenious idea of benching rookie gem Tyrese Hailburton for Maurice Harkless, but I get a raging migraine if I talk about it for too long.

Anyway… keeping your second leading scorer and leading veteran around after he openly wanted out is never the best step for building a winning culture. I’m referring to the open secret that Buddy Hield wanted out of Sacramento before the season but it could never come to fruition.

I could go on about their bust in Marvin Bagley III (Luka Doncic was on the board), the fact they give up 118.8 points a game on average, or that Hassan Whiteside looks less interested in playing for the Kings by the game. But even with all of that, they should still not be this bad. Because they do have the pieces. It’s disappointing.