The Warriors failed to complete only one set, forcing the Dragons back into their half, time and time again, to start their attack.

The Dragons scored first in the eighth minute. A set restart and penalty gave the home team some early ball inside the attacking zone. Adam Clune went to the line and drew the defence before some slick passing put Cody Ramsey over in the corner.

The Warriors then received their own set restart and ruck infringement to camp themselves on the Dragons line. Some smart work from Wayde Egan got Tahu Harris got one on one with Adam Clune, and despite his best efforts, Harris dived over.

The Warriors were in again inside the first twenty minutes, after Matt Dufty failed to ground a Kodi Nikorima grubber. Paul Turner was there on the spot and put the Warriors further ahead.

The Dragons hit back with ten minutes to go in the half. Dufty threw a perfect cut out pass to Mikaele Ravalawa who held off Ken Maumolo and slammed the ball down.

With Zac Lomax missing two conversions from the sidelines, the Warriors held a 12-8 lead. That was how it remained at the break.

The first twenty minutes of the second half contained chances for both sides but the scramble defence was first class. Roger Tuivasa-Sheck, in game 100 for the Warriors, was playing a lot of first and second receiver. The Dragons backline were asking plenty of questions.

They would strike first with Dufty running down a perfectly weighted Clune kick to score next to the posts. Lomax added the extras and the Dragons had hit the front.

Once more, the Warriors would hit back quickly. Jazz Tevaga changed the game after a tremendous hit on Dufty dislodged the ball. Sean O’Sullivan forced a repeat set before Tuivasa-Sheck showed how much he will be missed next year.

He received some early ball, beat Jack Bird and then exploded to the line. With just on a dozen minutes remaining, the Warriors held a four point cushion.

Two minutes later, the Warriors kicked a penalty goal to lead 20-14, after Brayden Wiliame dived on the ball in an offside position.

The Dragons came again and Ravalawa forced a repeat set with three minutes remaining. The Warriors defence remained stoic to the end before a tremendous leap from Maumolo secured the ball and the win.

The Warriors will need to reach further into their backline reserves this week. Peta Hiku dislocating his shoulder early in the game while Adam Pompey left the field late. Corey Norman finished the game despite a shoulder injury, but that will be monitored this week.

3 points – Roger Tuivasa-Sheck ran for an amazing 265 metres but it was the quality of those metres which made him the player of the match. He took it on himself to win the game for the Warriors in the second half and was a constant threat.

2 points – Tohu Harris excelled in his move to lock, scoring a try in the first half and getting through a mountain of work. He returned from a HIA late to steady the middle and get the Warriors home.

1 point – Playing his first game for his new club, Josh McGuire will soon become a Dragons favourite. Starting the game from the bench, McGuire ran for well over 100m and was able to generate plenty of quick play the balls, which is gold in the modern game. 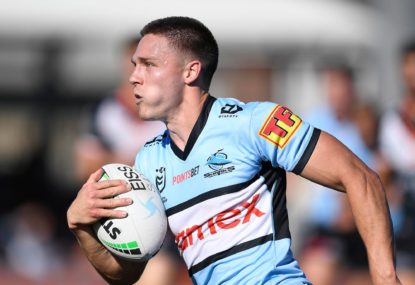 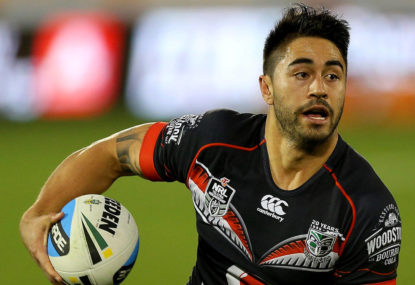