In praise of the small men

Opening round of Super Rugby 2020: the Highlanders are at home to the Sharks on the ridiculously early date of February 7.

One look at the announced back line that day filled me with more dread than when the stadium added a wellbeing section to the food options.

In the same back line were Mitch Hunt, Josh Ioane, Josh McKay, and Jona Nareki. All fine players but none of them are getting in their local pub basketball team. To add to the vertical woes, then-coach Aaron Mauger sent them out with a game plan that revolved around chasing high kicks into Shark territory.

Lining up opposite them were a Sharks side not only impressive in height but as athletic as anything in the comp and they had an absolute day out.

Not only was the dominance in the air absolute but as they ran the ball back – and they did this a lot – at their smaller counterparts, a lack of technique, courage and desire saw the Sharks race out to a lead and a comfortable away win ensued.

Rebalancing the Highlanders backline with some bigger bodies has clearly been a priority for coach Tony Brown this year but another horrible run of injuries saw last Saturday’s line-up include three of what we will designate ‘The Shark Four’ against a Blues side full of heavy ball carriers and flashbacks to 2020 came flooding in.

But it was not to be. 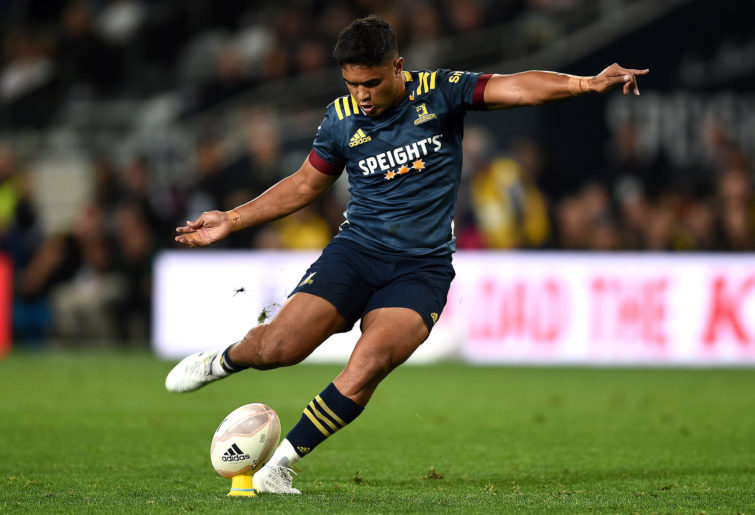 The Highlanders have always relied upon taking players from other unions, getting them to buy into the local area and how we play, and elevating their skills above expectations, and Brown appears to be treading this path again.

After rolling the Blues, most rightly pointed to the dominance of the Highlanders’ loose forward trio, the scramble defence and inventive kicking game as the key positives but actually staying in this match came down to a series of one-on-one tackles by the Highlander little guys against far largely opposites when any error in technique or courage would have seen tries conceded.

Jona Nareki on Dalton Papalii was the last man as early as the sixth minute, Josh Ioane floored rampaging namesake Reiko Ioane only ten metres out early in the second stanza and shortly after, Mitch Hunt levelled Caleb Clarke near the line in a contest you couldn’t get a bet on if it had been in a boxing ring.

But perhaps the biggest metaphor for the day was Aaron Smith catching Hoskins Sotutu at the base, and evening him out while Billy Harmon stole the turnover, leading to a Josh Nareki score in the corner.

This one action epitomised not only the extraordinary efforts of the Highlander little guys on the day, but sadly the second season syndrome that appears to be afflicting the once-exciting Sotutu.

A quick final word on the always stupendous Aaron Smith: even when he got picked off by that excellent read from Jonathon Ruru, you find yourself thinking: “That was still one hell of pass he threw.”

The Highlander big men stood up in the face of a forward filled with All Blacks, but the little fellas’ individual actions ensured that the Blues had to work harder than they would have expected to keep that scoreboard turning and were key in the southern men recording a fine win.