If we're moving a team to Tassie, St Kilda are the obvious candidate

St Kilda were lucky to play in the Thursday night game in Round 5. Very lucky.

While the Saints have copped a little bit of heat after their 86-point loss to Richmond, it wasn’t nearly enough for a team that was in the top six last season, had designs on a top-four position this year, and have lost twice in 13 days by 75 points or more.

People move on from the Thursday game, and the weekend’s events take over. Carlton bore most of the brunt of the critics’ ire following the round, along with Collingwood’s continued woes, while the footy world also celebrated the continued unbeaten runs of Melbourne and the Western Bulldogs.

But St Kilda are awful. They’ve only won five quarters this year. Five. North Melbourne have won more and their record is worse than Melbourne’s under Mark Neeld. This is the level we’re talking.

Somehow, St Kilda have won two games. Both were escapes. The first was in Round 1 against GWS, who struggled as much as any team in the first three rounds, and the Saints were a couple of goals down halfway through the last. Their second win was inexplicably coming from six goals behind against West Coast. 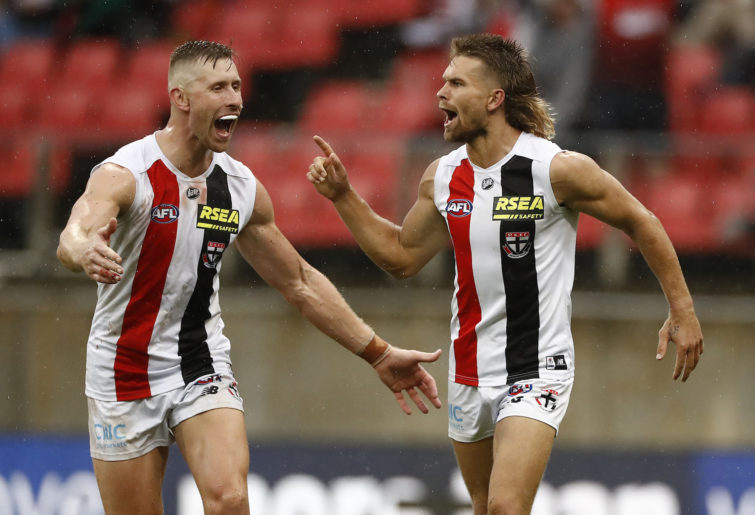 Their losses have been really ordinary. Melbourne are 5-0, but have benefited from playing teams at the right time, and have got better as the season has gone on to be almost a top-four certainty and genuine premiership threat. They had 32 scoring shots to 18 against the Saints, and could have easily won by triple their 18-point margin.

Against Essendon, in what was the Dons’ only victory so far, St Kilda didn’t fire a shot in conceding 22 goals. It was truly inept.

There’s no shame in losing to Richmond these days, but even in the Tigers’ four-year run as the supreme side of the competition, they’ve only won three home-and-away games by more than the 86 points they decimated the Saints by.

Let’s make no mistake about it – the St Kilda players gave up last Thursday night.

Some of it is not entirely their fault, given this is a club that has failure embedded in their DNA. One premiership in 124 years of VFL/AFL footy speaks to that. One. Say it again – one.

Even that flag needed a lucky bounce of the ball to win by the barest margin.

Through the 1980s, the Saints had the reputation as a party team. Performance on the field wasn’t as important as at the discos later. It is also when a cult of individual developed that lasted all the way through the ’90s.

Wins didn’t matter as long as Trevor Barker got mark of the week, Tony Lockett kicked his ten or 12, or Robert Harvey won the Brownlow. 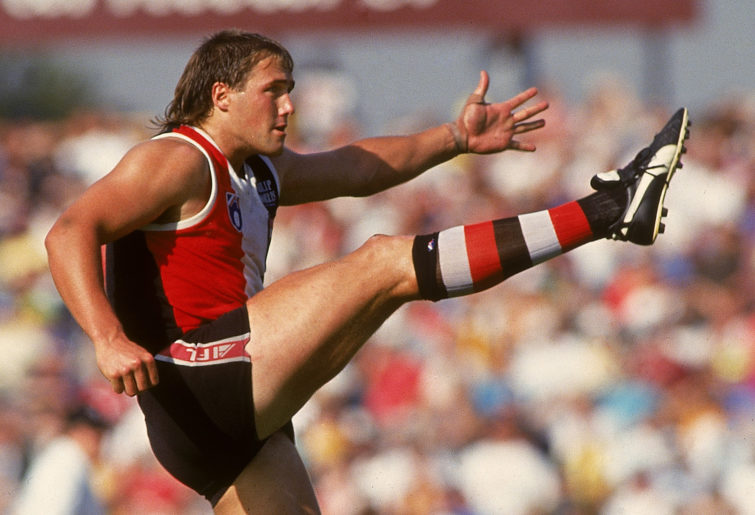 Grant Thomas, Ross Lyon, Nick Riewoldt and Lenny Hayes changed all of that. The Saints in the 2000s ended up becoming a great team, but even Riewoldt and Hayes couldn’t overthrow the burden of a failed history and deliver another elusive trophy.

Whenever talk of a Tasmanian team comes up, it tends to be in the guise of something brand new or otherwise a relocation of North Melbourne. At least the Kangaroos have won multiple flags and have had periods of sustained success, with a home base largely at Arden St, which is actually in the suburb they are named after.

The Saints have always been nomads, starting at the Junction Oval and coming back a couple of times after shifts away, moving to Moorabbin, then Waverley Park, then on to Docklands. They were one of the first teams to try and go to Tassie. They have also ventured into New Zealand for reasons unknown.

Even in the last 20 years, they moved their training base away from what was supposed to be their spiritual home of Moorabbin and set up shop on the Mornington Peninsula.

Moorabbin Oval isn’t even in St Kilda. At least the other suburban VFL teams actually played in their suburb and have long, storied histories there.

What St Kilda does have is a proud history with Tasmanian players, having what are widely accepted as three of the top five of all time: Darrel Baldock, the most famous of all, and Brownlow medallists Ian Stewart and Verdun Howell.

Nick Riewoldt, their champion player of this century, was born in Hobart. Barry Lawrence and Jim Ross are also famous St Kilda names.

A move down to the Apple Isle may give the Saints a chance to move on from their history of failure and start a new culture that embraces key elements of their heritage. 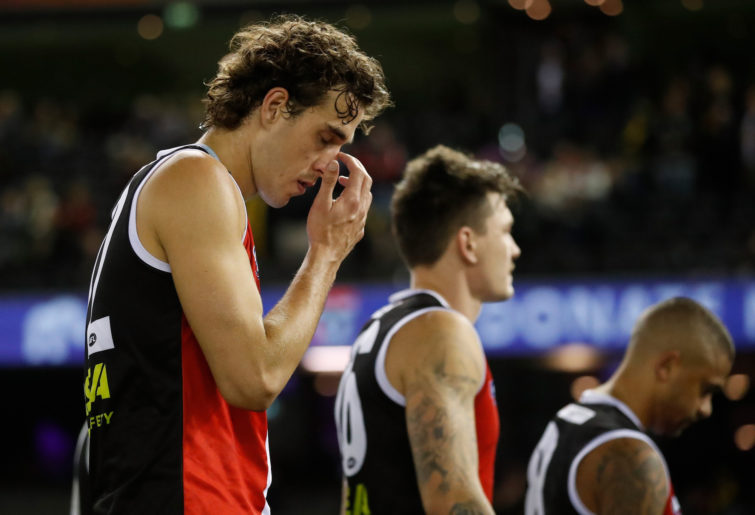 As for this season, it’s shot. They have the second-worst percentage in the competition and it will be a brave person to bet against it taking a further dent against Port Adelaide this Sunday.

That said, the Saints will surely respond after a second abject performance in three weeks, but won’t this be just as pathetic as throwing in the towel? Their effort is proving to be conditional. What a horrific backward step, after putting in so many honest performances in 2020.

It will be better when Paddy Ryder returns, say some fans and judges. West Coast won a flag without Nic Naitanui, if we want to talk about how important ruckmen supposedly are. And what happened to soldier in, soldier out, and anytime, anywhere?

The Tasmania Saints has a nice ring to it.