Whilst an international Test match or ODI captures the hearts and minds of millions of Australians across the country, very few know, or care, about what happens in the Marsh Cup or the Sheffield Shield anymore.

Compare that to the first half of the 20th century, when it wasn’t unusual to see crowds of over 40,000 pack out the Sydney Cricket Ground to watch the likes of Don Bradman and Bill O’Reilly strut their stuff against the other states in a First Class match.

Nowadays, apart from a few diehards in the members’ stands, you’ll find the SCG close to empty for any domestic game, aside from the Big Bash – even if modern day greats such as Steve Smith and David Warner are playing.

Whilst I don’t believe that crowd numbers will ever return to even a fraction of what they once were during domestic cricket’s heyday in the early 1900s, if Cricket Australia were willing to show a little more love to its First Class and List A competitions and utilise or experiment with some of these ideas, the Sheffield Shield and Marsh Cup could start to attract slightly bigger crowds than a scattering of retirees and their loyal dogs.

1. Wiser scheduling
During the opening game of this year’s Marsh Cup, the aforementioned Smith scored a magnificent century for New South Wales in a one-day game against neighbours and fierce rivals Victoria.

Performances and players like those two deserve a capacity crowd and they probably would’ve attracted one – if Cricket Australia hadn’t decided to schedule the game on a Monday!

One-day matches featuring interstate rivalries (for example, NSW versus QLD, NSW versus VIC, NSW versus WA) and international stars need to be given a weekend slot, because these are the type of games that might actually attract some public interest and a decent crowd. 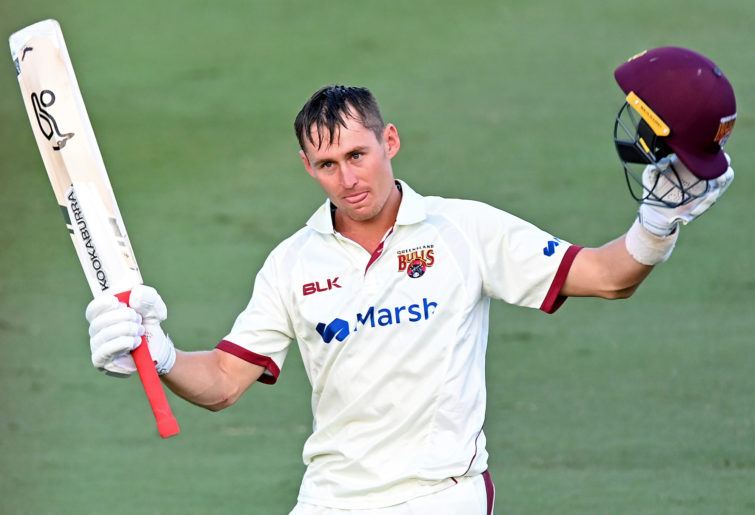 But by sticking them on a weekday outside of the school holidays, you guarantee that anyone in full-time education and anyone who works a typical shift won’t be able to go and watch the match, cutting off a huge section of the Australian public.

All that is required is for Cricket Australia to look at how the international and domestic calendars overlap before each season and apply some thought to scheduling, so that games featuring the Aussie Test and ODI stars are played on Saturdays or Sundays wherever possible.

This style of thinking could also be applied to the Sheffield Shield. For a game that lasts four days, making sure that at least one day of play, preferably two, overlaps with the weekend surely isn’t too much to ask.

2. Play at boutique grounds
There are few sadder sights in sport than a game of professional cricket being played in front of an empty, concrete bowl, packed full of empty seats, with almost no fans… but it’s one that fans of First Class and List A cricket in Australia have had to get used to.

Why play at sporting colosseums such as the MCG, SCG, Gabba, Adelaide Oval or Perth Stadium, if there’s going to be almost nobody filling the stands?

It makes far more sense to play at the smaller boutique grounds, such as Junction Oval, North Sydney Oval, Allan Border Field, Karen Rolton Oval and the WACA – stadiums where there are far fewer empty seats in sight and instead, lush grass banks. 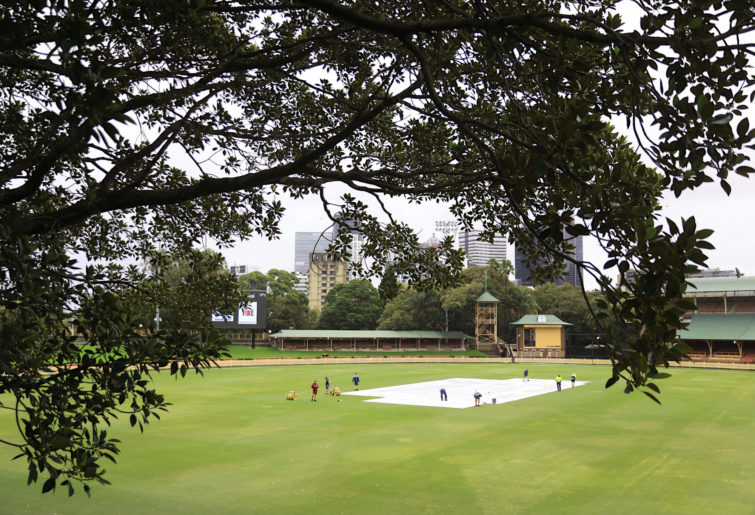 Fans much prefer the ‘picnic’ atmosphere at these stadiums, where you can recline on a deckchair or simply just lie on the grass and watch the action, beer in hand and the sun beating down, rather than being confined to a hard, plastic seat all day.

Another advantage of playing at boutique grounds is that they allow spectators to dip in and out of the action.

These smaller stadiums allow for a much more flexible viewing experience, especially for people who work or study nearby on weekdays or who don’t have the time to spend a whole day at the cricket, to turn up as and when they like, enjoy the action for a while and then leave as and when they need to.

Not only do these smaller grounds make a much more attractive viewing prospect and allow more people to watch the game, they also mean that fans aren’t subjected to the depressing sight of a desolate stadium.

3. Play more day-night matches
If games can’t be played at weekends, day-night Test matches are the next best solution. 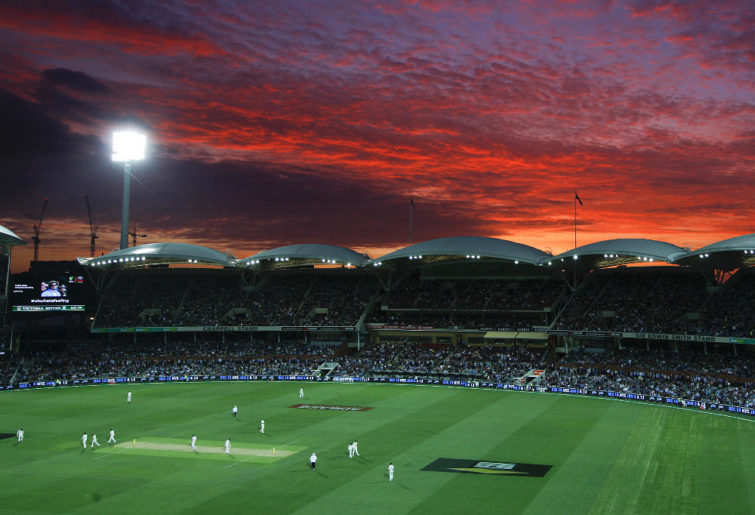 Whilst the idea of using a pink ball for a First Class match and playing cricket under lights infuriates many traditionalists, it’s something that Cricket Australia have used successfully for many years in international games, as it allows play to continue for longer, meaning those at work or school during the day can still watch a decent chunk of the cricket after their commitments finish.

The pink ball also shows up much more clearly for those watching Cricket Australia’s live video feed of the match, creating a much higher quality viewing experience for those at home.

For Marsh Cup games, utilising a slightly later start time of 13:30 could be trialed, and the white ball shows up under lights clearly, anyway, so this would be incredibly simple for the boards to try.

4. More TV coverage and better promotion
Kayo and Fox Sports both have 24-hour cricket channels, and unless there’s higher profile live cricket on, both could easily serve as a platform for all Australian domestic cricket to be shown on.

Whilst there is already live coverage on the Cricket Australia app, many more casual cricket fans are probably unaware that it even exists, and having the Shield and Marsh Cup on these services could help to promote both competitions and put them in front of a wider audience.

Understandably, Cricket Australia don’t want to spend much, if any, of their limited marketing budget on two competitions that provide pretty much zero profit.

However, cricket.com.au have a pretty gigantic social media presence (1.5 million Instagram followers, 1.3 million Twitter followers and a whopping 8 million YouTube subscribers) and could freely and easily promote attending domestic cricket on there.

A chance to spend a day in the sun, with your mates, watching the cricket? Yes, please.

Cricket Australia could also promote the idea to schools of allowing classes to come along and watch a session or day’s play for free during the week.

It’s something that was very successfully done during the 2019 India-South Africa Test series; stands that would otherwise sit lifeless and empty could be filled with primary school kids who wouldn’t care less about who was playing or what format it is, but would just be happy to be away from the classroom, watching a sport that they (hopefully) love and would also provide a great atmosphere at the game.

5. Play at smaller venues around the country
The state capitals are already flooded with international games and Big Bash matches throughout the summer, so why not give some Marsh Cup games and Shield matches to smaller towns around the states, where people might be a bit more interested?

For many people living in rural towns, a once per year First Class or List A game would be their only chance to watch professional cricket in person without having to travel hundreds of kilometres, and so it might actually attract some interest even though it isn’t an action packed six-fest or an international game.

It would be a massive event for the whole town, rather than just another irrelevant cricket match.

So, perhaps the appetite for the longer formats at domestic level has completely died out – or maybe if Cricket Australia were willing to experiment around with these ideas we could see the Sheffield Shield and Marsh Cup being played in front of something other than miserable empty stands. 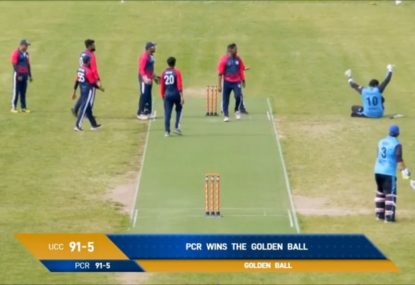 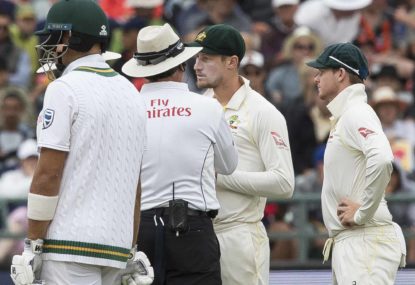 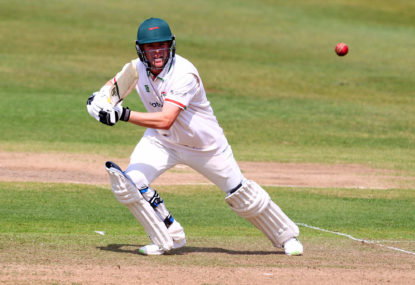