Super Rugby tipping panel Week 10: Penultimate week and whatever the one after that is called

The Roar
21st April, 2021
88
Join the conversation
2663 Reads
Advertisement
Write for The Roar

Yet the final round of a competition or a season or a tournament is never called the ultimate round, is it?

All good questions, but we digress.

It’s all in for the Western Force and Melbourne Rebels this weekend as two pegs fight to see which one gets to slide into the last hole. Similarly, the Chiefs and Blues edge closer to claiming the privilege of losing in Christchurch on the ultimate weekend of Aotearoa. The Blues may well get a preview of that this weekend.

In other news, Digger is no longer outright last, and he can barely contain himself.

Chiefs, Reds, Revels, Crusaders
Uh-oh, look who is not last by himself anymore. It feels good to know Harry is starting to sweat.

The Chiefs have performed remarkably in the last month to have caught everyone’s attention. With their backs to the wall they have completed a clean sweep of sorts, knocking over all the other four sides in a row and demonstrating their remarkable fighting spirit.

But now they face a new pressure, one of actual expectation. They were not favoured in their last four outings, but now that they start for the first time as favourites in a while, can they win the games they are supposed to? Unfortunately I think they will. Bugger it.

The Reds should have too many points in them for the Force to deal with. If the Waratahs can put 30 on in Perth, I would not hold out much hope the Force can deny the Reds. And the Waratahs have been on an upward trend while the Rebels at best have been moving sideways. Does the Waratahs trend overtake that of the Rebels? I don’t believe so.

The Crusaders and Blues was a return fixture most were looking forward to until everyone else started beating them – except the Hurricanes of course – so now it’s all a bit average. But no matter, I will try and enjoy it. I believe the Blues have the players and the power to cause the Crusaders all sorts of problems, but I just don’t think they have the smarts to get it done. I am betting on the Crusaders breaking out of their little funk before the Blues do.

Sure thing: Brett will not pick the Blues. 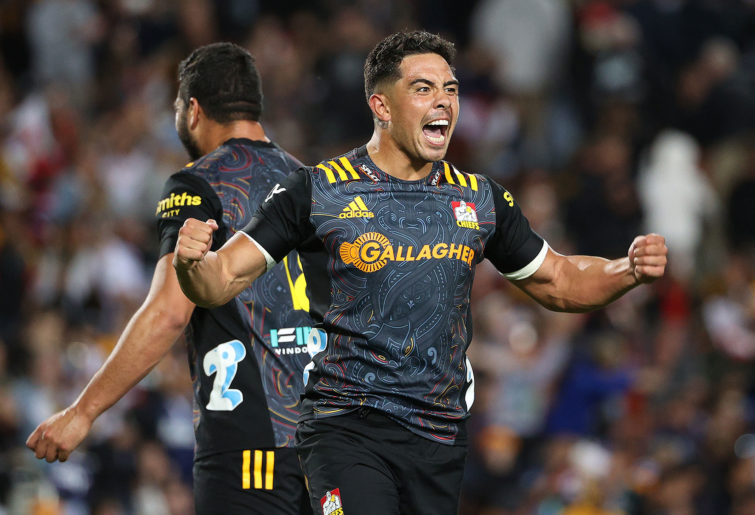 Digger is making his patented hard charge to the finish. He is the Chiefs whisperer. He knows his gravel. His voice and beard are made of bitumen. Digger is the one to watch this week. He is the hirsute canary in the coalmine. His pick in the opener, in dreaded Hamilton, with his embattled Jordie-canes up against the smiling troll, will say everything. How filthy can Digger be?

The rest of the panel, including me, seems confused by these Chiefs. Not Diggeroo. He feels them. He loathes them. Thus he knows them.

But as an honourable leader I will not wait to know if Digs knows what will happen to his Hurricanes.

I will simplify each match to a simple question: which team seems the better team? The Canes are not good this year. So the Chiefs, please, with mustard on the side.

The Reds are a mighty force of cohesive happy violence. Reds by more than plenty.

The Crusaders are being written off as washed-up and done. I do not agree, as Machooka would say. I do not entirely disagree, but the Saders are still a very good team. And the Blues are a bit, shall we say, flaky?

Finally, the Rebels are not rebellious enough, nor are they good at being rule-followers. They are mediocre. So I’ll take the Argentines.

Sure thing: I’ll be caught either in this round or not at all. Do your worst, panel.

Well, well, well. This is all a bit mouth-watering, isn’t it?

The Chiefs have been going great, and it looks a bit funny-sad, sad-funny seeing the Hurricanes two games shy of everyone. And I think the Canes are actually a decent chance this weekend even without Ardie Savea. The Chiefs lost ten on the trot before they won four in a row, yet they still feel a bit inconsistent to me. Trouble is, I’m only 49 per cent tops about Digger’s mob, and that’s not enough.

I’m not that high on the Force – maybe it’s 40 per cent – but there’s a feeling about them too. I don’t know, something about them being at home. They should get some of the injured cavalry back, and this is their last chance to win a Super Rugby AU game at home in 2021. I reckon that counts for something, but again, it’s not enough to sway a tip.

The Rebels have too much to play for to lose to the Waratahs at Parramatta. There’s more chance of rugby screening on Fox Sports in 2021 than of the Tahs and the Auckland-based primary coloured lot both winning this weekend.

Sure thing: This really feels like an upset weekend, and it could come in any of the four games if we’re honest. Obviously I’ve flagged the Hurricanes and Force already, and the thought of a winless campaign is going to be a pretty strong motivator for the Waratahs too. And I suppose that other mob could too. 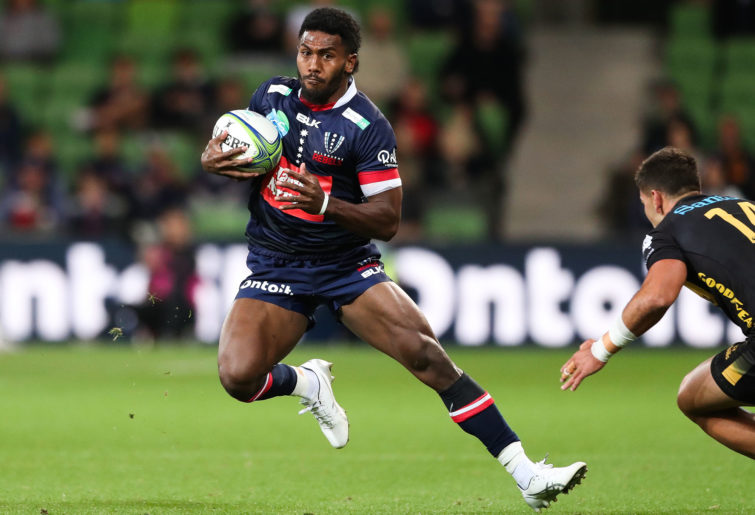 Now that everyone has jumped on the Chiefs bandwagon, I’m jumping off – not because of anything they’ve done but because the Canes, even without Savea, haven’t been far off the mark in recent weeks and should be primed and ready to make a statement.

It’s been a decent effort by the Force to reach the final round with their finals destiny in their own hands. And all without ever really putting in a convincing performance. They’ll be competitive as always, but surely it has to be the Reds, doesn’t it?

That means it will be the Rebels’ turn to play for their finals spot. They managed it last year and won’t want to leave things to the final dramatic minute this time, although the improving Tahs will no doubt want to have their say on the matter.

The Blues are coming up short at the wrong end of the season, and it’s not good timing to run into the Crusaders this week, who are due to show something.

Sure thing: With the siren about to sound, Crusaders captain Scott Barrett will call for a captain’s challenge. “Can you please look over everything the Blues did for the last five minutes and see if you can find a penalty in there somewhere?”

The Chiefs are starting to look like the side that started 2020 so well. Damian McKenzie in fine form. Lachlan Boshier back on the paddock. A win against the Canes surely awaits.

Before the season started I pencilled in the Force for fourth and the Rebels for third. With a week to go I’ll stick to that prediction. The Reds will want to stay sharp in their last hitout before the final and will prove too strong for the westerners.

I’m less sure the Rebels will topple the Tahs. The New South Welshmen are at home, will be desperate to avoid a winless season and have been desperately unlucky to lose their last two fixtures, not to mention Melbourne have a habit of making last-round wins with finals on the line a hell of a lot harder than they should be. Still, Dave Wessels’s men put in a good shift last week, and I’ll back them to follow it up with a better one this time around.

How different the lead-up is to this Crusaders-Blues match-up compared to the reverse fixture earlier in the year. Then it was all about the best two teams in the country facing off in a faux final. Now they’re both wobbling at precisely the wrong time of the year. At home, though, one does not simply tip against the Crusaders.

Sure thing: I’ve tipped the Chiefs. Therefore, the Chiefs will lose.