The Group 1 caravan rolls into Adelaide this week, in a seamless handover from the autumn riches we saw being raced for in Sydney during The Championships.

The Adelaide and indeed Brisbane carnivals are always tricky to assess, given more proven horses are coming to them via Melbourne and/or Sydney and could be at the end of their prep, while others may have been kept fresh or are less credentialled horses that are looking to sneak a weaker Group 1.

Sangster Stakes
Mares races at Group level tend to go one of two ways – standout favourite that should win or incredibly tough to pick, and the Sangster this year falls firmly into the latter camp. Weight-for-age conditions would normally help separate the wheat from the chaff, but it’s not the case here.

Flit hasn’t quite measured up at Group 1 level this campaign, but hasn’t been disgraced in better races than this. Mizzy has measured up without winning, but is back down in trip off a freshen and is better suited over another furlong. They are the two class horses based on prize money, and can easily win if bringing their best.

Subpoenaed is another that is better suited over a bit longer, as is Pretty Brazen, both of which would prefer 1400m. It’s possible that Rubisaki is in the same boat, or at least would be shorter in the market if this field met at that distance. She’ll need some give in the track, but is unlikely to get it.

Of the out-and-out sprinters, there are still plenty of chances.

Lyre is running out of friends, although you wouldn’t be broke if you only backed her to place over the last year or so, and she ran exceptionally well this time last year with placings in this and the Goodwood. There’s plenty of argument to be made that Brooklyn Hustle could have won any of the Oakleigh Plate, Newmarket or William Reid with the right run or more luck, but that’s her racing style and you know the risks.

The likes of Prophet’s Thumb and Bam’s on Fire are up to this despite their big odds, but the knock on the former is 1200m instead of her favoured 1100m, while the latter has been a bit plain of late.

Sisstar is building through the grades with three wins in a row, including over Lyre, Rubisaki and Prophet’s Thumb, but has to meet them all worse the weights in this. A mare in form though and with Willie Pike on board…

Humma Humma is a hardy mare that has mixed it with some talented sprinters for years, but many punters do prefer her fresh rather than deeper into a campaign as she is here.

There are a trio of three-year-old fillies tackling the older mares, and each of them is a live chance.

Instant Celebrity burst on the scene in the spring, dripping with acceleration and talent. She was ridden too warm first up, had to carry 58kg’s and didn’t have clean running in the straight. Craig Williams goes on now, and we can expect her to be saved for one run.

Muntaseera took out that race, and meets Instant Celebrity 4kg’s worse for a two length advantage. Weight isn’t everything, but she has a sticky draw to contend with too. Night Raid is the other filly, and was only a length off Instant Celebrity back in September. If she can get across from a wide gate and camp on the speed, she can be there late. Is there anything like racing at Morphettville? (Photo by Mark Dadswell/Getty Images)

Australasian Oaks
A capacity field is going to greet the judge in the Australiasian Oaks, and they have come from everywhere to compete. Melbourne and Sydney, of course. Country Victoria and New South Wales. Tasmania. South Australia. New Zealand. And Willie Pike from WA.

One race that ties a few in together is the Auraria Stakes from two weeks ago. Won by Tyche Goddess at $41, there are five others from the race contesting this, including the next three over the line.

Should Tyche Goddess have been so big a price? Coming off an awful lead-up run, yes, but she did run third just behind Personal in the Wakeful in the spring, so the talent is there.

Steinem is the filly the market wants to be with from the Auraria, having developed a boom enough on her to start at $1.60 in it – she came home like a hungry dog for dinner there, but not many win a Group 1 at their fourth start. Still, it’s hard to resist the urge to be a part of a potential rising star.

Tasmanian filly Hela is vying for favouritism with Steinem, having been putting big margins on her local rivals. Some of those races have been a trot and canter, so she hasn’t been asked for everything, and does have a track record to her name already. A truly fascinating runner. 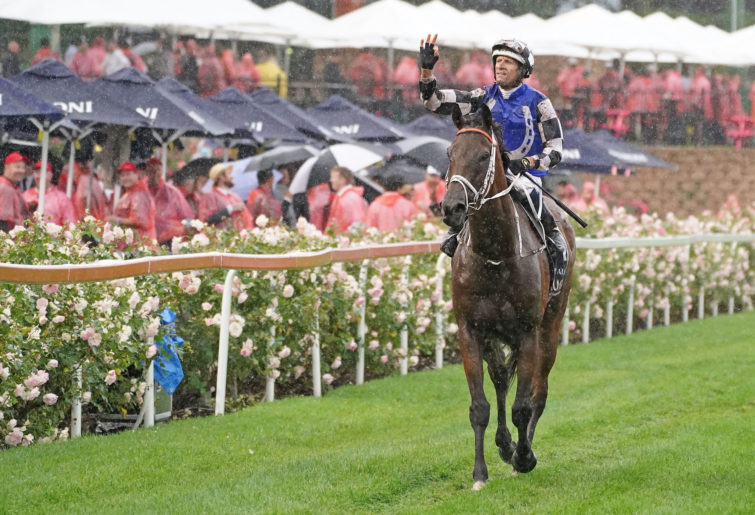 The old guard, such as there is in filly ranks, is represented by VRC Oaks winner Personal. An interesting campaign with three, four and four weeks between runs, and avoided the Australian Oaks in Sydney despite running in the Vinery Stud, albeit weakly. Hard to know.

Brookspire can’t be forgotten. Chris Waller loves having an improving type thriving with racing, stepping up in distance and grade at this time of year, and he has another candidate here. She hit Caulfield after a Sydney campaign and put away a decent field with ease. She’s awfully hard to resist.

Kiwi visitor Lllanacord looks over the odds, having been placed in an Oaks over the ditch, form that stood up respectably during the Sydney carnival. She should go into the quaddie at 30s.

Fellow New Zealander Tokorangi deserves respect too, having been taking on both open age and the boys back at home, and running well too.

Chica Fuerte is a chance bringing in solid Melbourne form, Flexible is the Godolphin representative that the Cummings stable likes to have and the Adrian Knox form has been standing up in recent years,. A lot is being asked of Mozzie Monster straight up to 2000m from a couple of 1400m races, but it’s not beyond her.