The Melbourne Vixens knew leading into last season’s grand final that they would have to make some changes in the attacking third with goal attacks Caitlin Thwaites and Tegan Philip both announcing their retirement.

The Vixens sent Thwaites and Philip off in style, winning a thrilling grand final against the West Coast Fever by two points (traditionally it would be goals but with the invention of the Super Shot it is now points. Sorry traditionalists, the Super Shot is still around for 2021).

On 31 March, the Vixens announced that there would be another significant gap to fill in the attacking third/midcourt. 2020 co-captain and star wing attack Liz Watson would miss the entire season after having surgery on her Navicular bone. The use of tissues among Netball fans would have skyrocketed that day. Watson clocked up an amazing 587 circle feeds, 367 goal assists and received 284 centre passes in 2020. 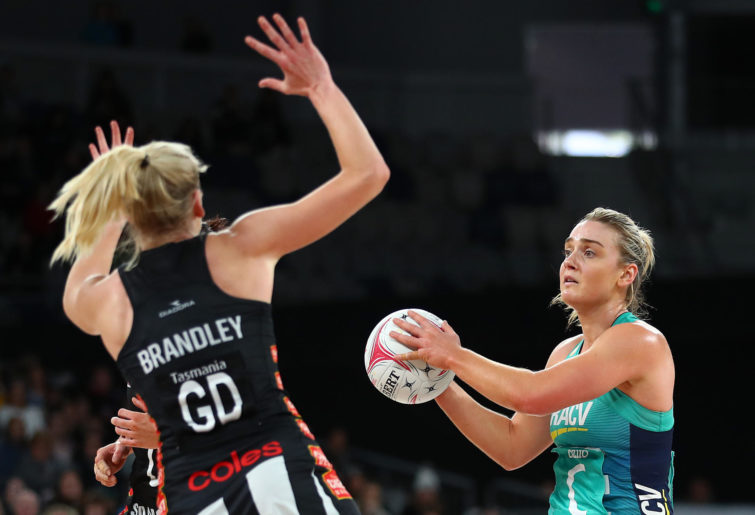 Malawi Queens goal shooter Mwai Kumwenda will return and will be the one constant in starting positions in attack. Kumwenda returned to her dynamic form in 2020 after missing a large chunk of 2019 with a knee injury. Kumwenda’s athleticism was on show throughout the season and in particular in the grand final, where she was the player of the match.

The Vixens will look to fill the gaps left by the retirements of Thwaites and Philip with Kaylia Stanton and Ruby Barkmeyer. Stanton joins the Vixens from their grand final rivals the West Coast Fever. Stanton played for the Fever between 2014 and 2020 and has represented Australia at the under-21 level and at Fast5. With her height and athleticism, Stanton will bring a different dynamic to the goal circle than Thwaites and Philip did.

20-year-old Barkmeyer hails from Kangaroo Flat in Bendigo. Barkmeyer was a member of the 2019 Victorian Fury premiership-winning team and was a training partner with the Vixens in 2020. Barkmeyer has represented the Victoria state team consistently since she was 12 years old and also represented Tasmania at the 19-and-under level. It will be great to watch Barkmeyer as her netball progression continues. If Barkmeyer has a career half as good as the previous Vixens goal attack/ oal shooter that hailed from Bendigo (Caitlin Thwaites) then Barkmeyer would have had a wonderful career.

This week, the Vixens announced training partner Hannah Mundy as a temporary replacement player to replace Liz Watson for Round 1. 19-year-old midcourter Mundy has represented Victoria at both 17-and-under and 19-and-under levels and was a member of the Victorian Fury’s 2019 premiership squad. Mundy is the daughter of Australian and Victorian netball legend Shelley O’Donnell. It looks like coach Simone McKinnis is going to take a bit of a mix-and-match approach to filling the shoes left by Watson.

Whilst there have been a number of changes to the attacking third there is a lot more stability on the rest of the court for the Vixens. Co-captain Kate Moloney will continue to bring her experience, leadership and competitiveness to the centre position. Moloney won the Sharelle McMahon Medal as the Vixens’ most valuable player in their premiership season. Moloney has also finished runner-up in the MVP award in 2018 and 2019.

Kate Eddy will return in the wing defence bib and can also play in the defensive circle. Eddy returned to the Vixens from NSW Swifts in 2020 and was joint runner-up in the Vixens’ MVP with Jo Weston. Eddy showed her courage and determination by playing in the 2020 grand final with a foot injury.

In the lead-up to the grand final Eddy was in a moon boot and virtually straight after the grand final she was back in the moon boot. Eddy missed the NSW Swifts’ 2019 premiership in 2019 due to injury. Eddy was one of the best Super Netball recruits of the season.

Allie Smith was one of the beneficiaries of extended squads in the hub last season. Smith was impressive in her first season, with the highlight being her performance when she started in the major semi-final in place of the injured Kate Eddy. Smith’s performances saw her promoted to the Vixens’ ten-player squad. It will be interesting to see if the Vixens give Smith opportunities at centre and play Moloney at wing attack to try and replace Liz Watson.

Jo Weston and Emily Mannix have been combining in the defensive circle for the Vixens for a number of years and they form a wonderful combination. The Vixens conceded a league-low 769 regular-season points. Mannix led the team in 2020 with 27 intercepts, 54 deflections, 10 defensive rebounds and 53 gains.

Jamaican Kadie-Ann Dehaney will return for her fifth season with the Vixens. Dehaney provides a wonderful backup to Weston and Mannix and provides Simone McKinnis with the ability to mix things up if the need arises.

Prediction
The Vixens are trying to replace one of, if not, the best player in the world in Liz Watson. This coupled with two new goal attacks could see the Vixens’ attacking third lacking cohesion particularly early in the season.

The team’s stability over the rest of the court with Mannix, Weston, Eddy and Moloney will help address the changes to the attacking third to an extent. However, it will make it incredibly difficult for the team to go back-to-back.