AFL players are being pushed to the limit

AFL players are in the grips of a massive injury crisis with some of the best players in the game missing weeks due to injury.

The likes of Patrick Dangerfield, Lachie Neale and Taylor Adams are all facing extended time on the sidelines.

There is no doubt that the game has got quicker and the introduction of new rules has opened it up like never before.

The 2020 season was one that many footy fans might never forget, being thrown into a new reality of hubs and extended times without seeing your club live.

One of the biggest and most noticeable changes was the reduction of quarter lengths from the standard 20 minutes to the shortened 15 minutes to give players additional time to play back-to-back games with often three-to-four-day breaks.

The game and the fixture were compressed to accommodate an ever-changing landscape of border closures and quarantine to fit in a full season. 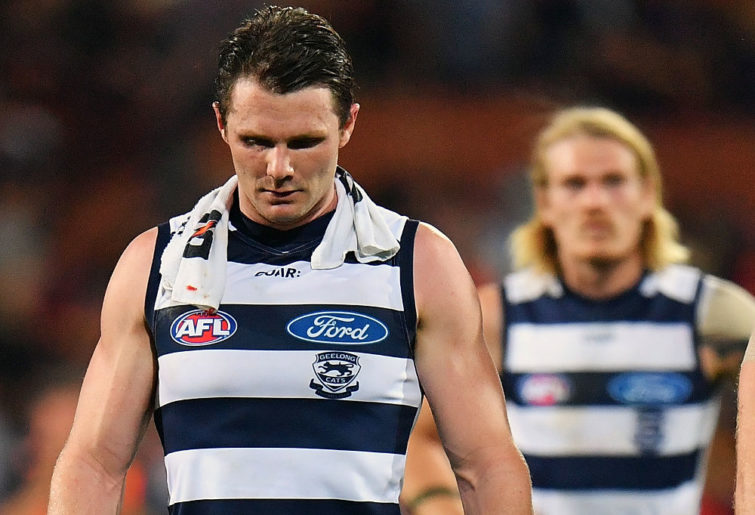 The added time from 15 minutes to 20 has added an hour onto games to account for stoppages and breaks in play.

Syndesmosis seems to be the buzz word around footy clubs with the accumulation of broken fibres between joints in the lower leg.

The added intensity and extra running of the modern game are causing our brightest and best players, who would be considered elite, to have failings in their body.

The added stress and physical stamina to keep up with the addition of rules to free up the ball and bring back vintage run-and-carry footy might be the reason behind so many soft-tissue injuries.

The man-on-the-mark rule was introduced this year to open up that run-and-carry and play-the-ball through the middle of the ground. It has suited players and positions with the tall forward having a clearer run at the ball.

The forward kicking ten goals in a game is back on the cards. The downside is the struggle that comes from a midfielder covering more ground and covering more space, especially after coming back from shorter quarters and increased stress on the body.

Players who play midfield are not the only group falling into injury trouble. Jeremy Howe from Collingwood has also injured himself and will miss close to four weeks. Michael Hurley is set to miss a large part of the season with a hip issue.

The game has become so fast and with players covering more ground, injuries are set to occur anywhere on the field.

Dangerfield and Neale, who are both previous Brownlow medallists, have both been sidelined for up to eight weeks on the sidelines.

The faster, longer game is seeing the rate of injuries and soft-tissue injuries rise.

Have we got to a point in our game where we have pushed the envelope so much to bring in rules to free up the footy and speed up the game from a spectator’s point of view that we are losing some of the best players?