But after a terrific off-season courtesy of GM and potential executive of the year candidate Andrew Berry, the Browns have now made themselves a contender not just in the AFC North, but in the AFC and as potential Super Bowl champions. Here’s why.

Unchanged offence
Over the period when the Browns didn’t make playoffs, particularly over the last few off-seasons, Cleveland had a lot of player turnover, particularly on the offensive side of things. In fact between 2018 and 2020 they added 34 players and lost 35 players on the offensive end (including the now retired Joe Thomas).

They’ve also had three offensive coordinators as well, which means three different play books. This off-season though, that all changed. They lost two back-up offensive linemen, didn’t pick anyone up on the offensive end and didn’t change any of their offensive coaches, including their coordinator Alex Van Pelt.

The 2018 number one draft pick Baker Mayfield recently said to the Cleveland Browns’ website that the continuity on the offensive end was “truly pretty special”.

And why not. It’s the first time in his young career that he hasn’t had a new coordinator, a new play book or any new players in the off-season. And if he can improve his chemistry with the offensive players a bit more, particularly Odell Beckham, then this Cleveland team is going to be scary. 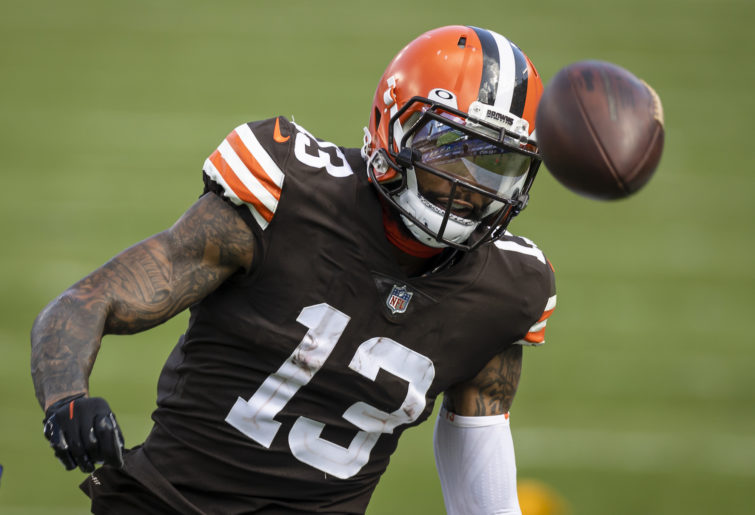 New and improved defence
The main problem in 2020-21 for the Browns was their youthful and inexperienced defence, particularly on the pass. In that season they conceded the 11th most yards, eighth most 40-plus-yard plays, eighth most touchdowns, and had the equal 11th least interceptions. Andrew Berry’s number one priority was to improve their defence.

And boy did he improve it during the off-season. In the first week alone of free agency, he picked up John Johnson III (one of the best safeties in the NFL), former first-round pick Takk McKinley, interception and pick-six king Troy Hill, experienced defensive tackle Malik Jackson as well as experienced linebacker Anthony Walker Jr.

And did I mention they also picked up 2014 number one pick and exciting defensive end Jadeveon Clowney?

With this new and improved defence and with some of the best prospects and best defensive players in their respective positions, this Browns team is truly a genuine contender in the AFC.

Yes, the Kansas City Chiefs are the two-time reigning AFC champs, and yes, they got in some handy players, especially on the offensive line. But this Cleveland Browns side, especially defensively, has improved dramatically over the last two years and every Cleveland supporter can truly say they could potentially be AFC champs and make the Super Bowl.

Baker Mayfield has the skills to be a great quarterback in the NFL and what sets him apart from others is his charisma, his…

Before the 2019 season, the Cleveland Browns had the most hype around their team in over a decade. We do not need to deep-dive…