Melbourne are the real deal

The Melbourne midfielders are ranked in the top echelon of modern-day AFL players.

Christian Petracca has shown himself to be a bull in the centre contest. He uses the likes of Jack Viney and Clayton Oliver around him to show that he can lead a club starved of success to a chance at premiership glory.

Petracca has always been ranked lower than the likes of Nathan Fyfe and Dustin Martin on the scale of midfield talent but his early-season form in 2021 has proven he can mix it with the best.

The Demons’ performance in the last quarter of season 2020 showed a lot of what they were capable of. Melbourne just missed the eight but proved that they had the list and game play to be a real contender.

Petracca and Melbourne have had their fair share of doubters and naysayers tagging them with the pretenders tag.

In their Anzac Day eve clash against the reigning premiers Richmond, they were able to wrestle back a game that looked like a drubbing early.

At the start of the game, Richmond ran rings around the Demons and failed to capitalise on the scoreboard where it mattered.

It was a stark difference in the second quarter when Melbourne used Richmond’s run-and-carry, quick-handball game to their advantage and suffocated the Tigers through the centre of the ground.

It’s hard to look past their All Australian ruckman and captain Max Gawn when analysing the Melbourne midfield and their new and energised style of play.

Gawn has been in the best two ruckmen in the competitions for the past four years. He consistently dominates hit-outs to advantage and gives that midfield first use of the ball.

Their defence, consisting of Jake Lever and Steven May, also can hold down the opposition’s best forward and have the spare to clean up, which was evident against Richmond.

Melbourne have ensured their way to goal with midfielders sharing the load, with Tom McDonald and Bayley Fritsch up forward.

It’s hard not to get excited with the flare and excitement that Kysaiah Pickett brings to the team. His ability to crumb and create opportunities for his forwards and be a constant goal threat brings the small forward into consideration.

Melbourne supporters young and old have seen this before and know that premiership success rarely comes in April, but this new youthful side with an old head in 300-gamer Nathan Jones is starting to believe.

A 6-0 start is what teams dream of, especially in a year when you could make a case for six or seven teams to make the pointy end in September.

Melbourne have been starved of premiership success for 57 years. The Demons finally have the chance to be a team that can be a contender in 2021. 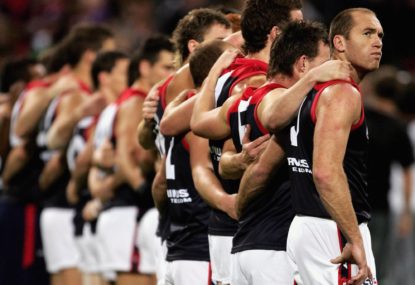 Decorated Melbourne veteran Nathan Jones has called time on his AFL career, bowing out before the Demons’ grand final against the Western Bulldogs. 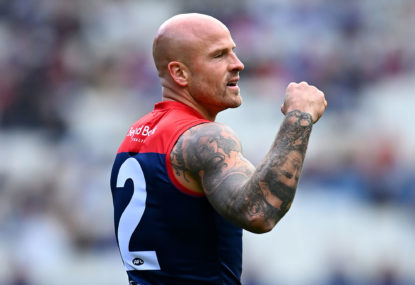