AdelaideAndy
Roar Pro
5th May, 2021
46
Join the conversation
Advertisement
Write for The Roar

But one of the things the anti-football media in this country surprisingly didn’t pick up and run with was the use of illegal flares by both sets of fans during goal celebrations.

Flares are normally used for dangerous situations on the high seas, they are designed not to be extinguished easily or quickly. They contain chemicals and can burn at temperatures of 1600°C – the melting point of steel.

Smoke bombs are mainly used recreationally in paintball and war games. They also burn at high temperatures and are designed to be used in wide open spaces.

With Football Australia still not budging on flares, the ‘safe smoke’ option is something that is legal and would start giving football in Australia a much needed boost of colour and atmosphere. 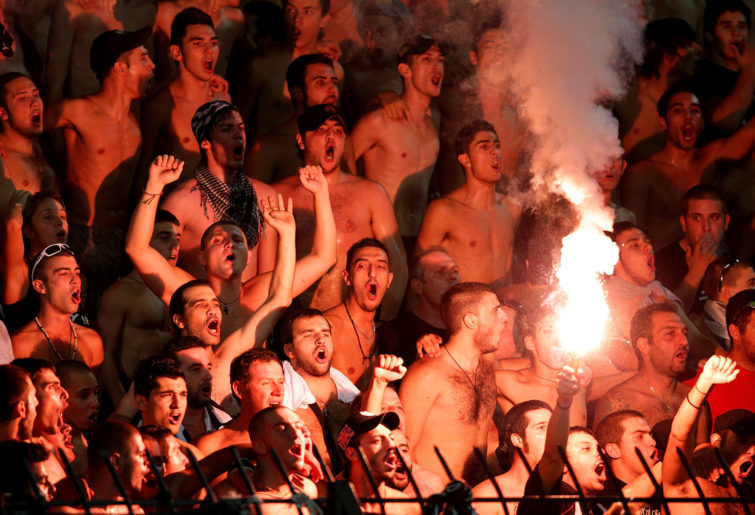 What do you think of flares at the football? (Photo by Vladimir Rys/Getty Images)

The smoke used is electronically ignited and burns warm (unlike flares). Legibility wouldn’t be a problem, but the tens of thousands of dollars cost to the cash-stricken clubs could well be

To use these specific smoke bombs which are imported from Europe, A-League clubs would require a licensed pyrotechnic to supervise the fans and the fire service to be nearby with fire extinguishers and buckets of sand just in case.

Brisbane, Newcastle, Sydney, Central Coast and Adelaide have all used safe smoke at some point this season with varying degrees of success.

Many fans will argue that the light and smoke from pyrotechnics add atmosphere to games, but on the flip side, they can burn at extremely high temperatures.

There have been cases all over the world of players being struck by flares thrown from the crowd and of fans being burned or even killed, especially when pyrotechnics are hurled during fights between rival supporters.

Flares and safe smoke can also be very problematic to people with respiratory issues. Having been to many derbies in Serbia and Russia, I am definitely no stranger to flares and smoke bombs going off throughout a match and the side effects that can come with them.

The smoke can be quite dense and tends to linger, causing you to cough, your eyes to weep and your nose to run. In a country like Australia, where the amount of asthma sufferers is quite high, this could be a recipe of disaster for fans.

However, all around the world clubs are looking at different options in terms of changing the legislation of pyrotechnics for their fans.

Danish club Brondby have spent several years trying to develop a type of flare which could be used legally by its own fans.

The devices, which are less bright than typical illegal flares, were first used at a Danish league game in 2020 and the reports of them were positive.

In Sweden, fans can apply for permission to use pyrotechnics, which is some form of progress as they were previously banned.

Norwegian fans have the right to legally light flares inside stadiums, provided that they use approved fire devices and not run any pyro shows during games.

Orlando City are one of three US teams that allow fans to use any smoke devices in designated smoke areas (though not regular flares), along with Portland Timbers and New York Red Bulls.

Like many people, I loathe seeing smoking when I’m eating out at a restaurant, however at a football match, it’s a completely different story.