Delivered by the character Kyle Reese in the 1984 classic The Terminator, these words were passionately used to convince Sarah Connor that, if she wanted to live, she had to understand that a mechanical monster was coming to get her and it would keep coming no matter what.

In the movie, the Arnold Schwarzenegger-portrayed robot is constantly damaged and weakened but keeps pursuing Connor – even after it has been reduced to a head on a mechanical torso with just one arm.

The Sydney Roosters in season 2021 remind me a lot of that single-minded killer robot.

The Tricolours have suffered injury upon injury, yet keep finding a way to win.

Every time they lose another significant player, I think perhaps this will be the straw that breaks the camel’s back and Trent Robinson’s men will finally raise the white flag.

But they just keep winning.

Not only do they keep winning, they have a points differential of +17 a game.

Their only losses have been a tight 26-16 loss to the Rabbitohs – a match where they lost star five eighth Luke Keary – and their 20-4 loss to the Storm.

Neither loss was a flogging. Neither loss spoke at all of a team that were out of contention in any way.

In spite of all of the setbacks, the Chooks just keep coming after their opponents, like Principal Skinner chasing a truant Bart Simpson.

While the comparison to being terminators holds true in regard to their never-give-up attitude, it isn’t fair in regards to being remorseless.

Anyone seeing the injury to veteran Brett Morris in the dying stage of the match against the Knights would have had a tear come to their eye. At 34 years of age, and now at his third club, the lad from Gerringong is one of the nicest guys in the game. To see his ACL go and probably end his career just six games shy of reaching 300 first-grade games is heartbreaking.

Their injuries add to a list of eight first-team players now unavailable for selection.

Club co-captain Boyd Cordner is out with concussion and has not played a game this year, while veteran hooker and fellow co-captain Jake Friend only played one game before retiring on 286 games – all for Easts.

Gun centre Billy Smith has missed two seasons of football with an ACL followed by a shoulder reconstruction. He may be back mid season. 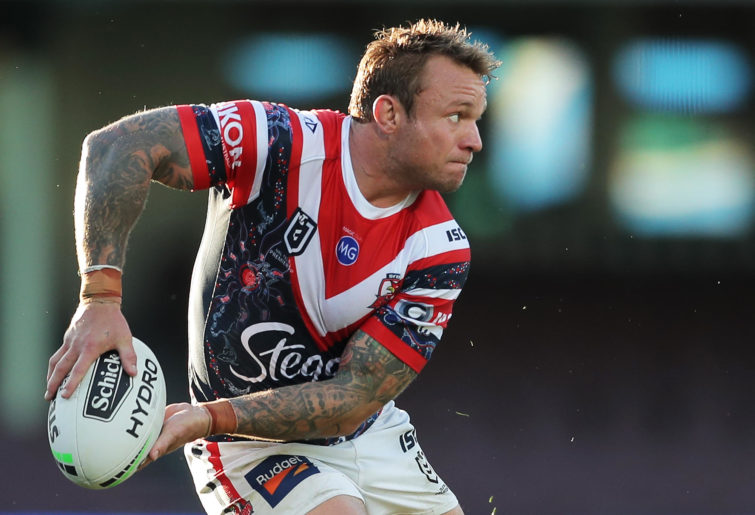 So how do they keep winning and why do I think they are still a genuine chance to win another premiership this season?

Every kid has been carefully selected and nurtured with the idea of each becoming a successful first-grade player. This season is seeing that ambition become true far sooner than anticipated for many.

Sam Walker is the 18-year-old son of Ben Walker who was taken out of the grasps of the Brisbane Broncos to come to Bondi this season.

With the injury to key playmaker Luke Keary, Walker has been promoted to starting halfback and in just five games you can see this kid is going to be a superstar. To go with his 14 tackle busts and three line breaks, Walker has assisted 12 tries already. That’s over two a game. That is remarkable for someone who won’t turn 19 until 16 June.

Of course we know that to be genuinely competitive a team needs a very strong spine and 26-year-old Drew Hutchinson looks very handy. While he only has 20 games under his belt, he looks comfortable in the side and plays his role well.

The return of Sam Verrills could not have come at a better time. Injury destroyed his 2020 and may have meant people forgot his breakout form in 2019, when he scored a decisive try in the grand final.

This kid, like Walker, has all the hallmarks of a long career. He may well also press for an Origin spot.

And of course there is James Tedesco. Due to the rise of Ryan Papenhuyzen, as well as the presence of Roger Tuivasa-Sheck and Tom Trbojevic, people may have forgotten just what a match winner the 28-year-old from Camden is. At his best he is imperious and more than capable of providing the x-factor that is the difference between contenders and champions.

On top of this excellent spine add the genius of Joey Manu, possibly the best centre in the game right now. Daniel Tupou’s form has never been better. Josh Morris is more than decent too.

In the forwards, Victor Radley would make any starting 13 in the NRL. He is accompanied by Jared Waerea-Hargreaves, Isaac Liu, Sitili Tupouniua, Angus Crichton and Siosiua Taukeiaho in one of the best and most fearsome packs there is in the NRL. 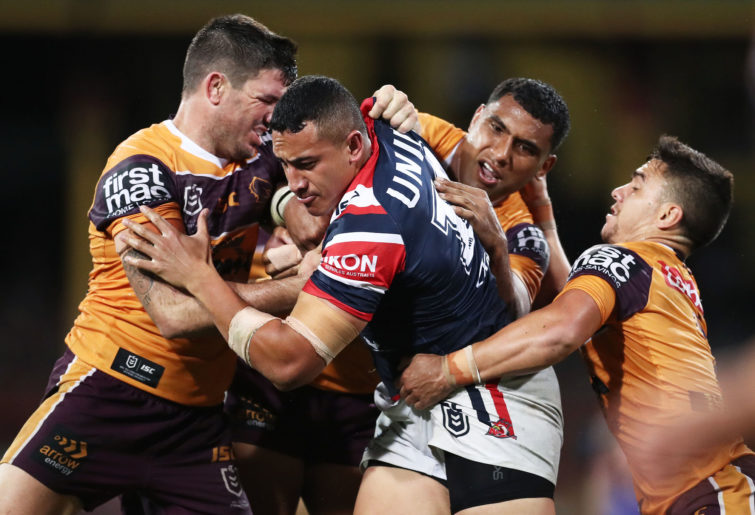 Soon we will see wunderkind Joseph Suaalii take the field – this kid could be anything.

The Chooks are not done by a long stretch and any team coming up against them who might be even vaguely think they’ll be an easier proposition than in previous years will probably pay a harsh price.

If I was an opposition coach, I’d be making clear to my charges – just as Kyle Reese did to Sarah Connor – that, just like the terminator, the Roosters are coming to get you and they simply won’t ever stop.