AAP
8th May, 2021
11
Join the conversation
Advertisement
Write for The Roar

The Crusaders have defended their Super Rugby Aotearoa title with a 24-13 win over the Chiefs in Christchurch.

Thanks to early tries from Sevu Reece and Will Jordan, the Crusaders were never headed, the win adding another trophy to their burgeoning cabinet.

Remarkably, they were two players down for much of the second half, with both Reece and Codie Taylor spending time in the sin-bin. Yet the champs held firm, a Richie Mo’unga drop goal with just minutes left sealing the result.

A packed house was treated to an exhibition of the best of New Zealand rugby from both sides before the hosts secured a 12th Super Rugby title, a second in the domestic edition and a fifth in a row.

Reece and Jordan scored their tries in the first 16 minutes but thereafter the Crusaders – reduced to 13 men in the second half – had to rely on the boot of their fellow All Black, five-eighth Mo’unga, to keep the Chiefs at arm’s length.

Damian McKenzie scored all the points for the Chiefs, converting his own try and kicking two penalties, but the fullback will rue his usual accuracy from the tee deserting him for a period around halftime when he missed three shots at goal.

The NSW Waratahs have endured a winless Super Rugby season for the first time after falling 40-7 to the Chiefs in Sydney.

The New South Wales Waratahs have been forced into five changes ahead of their Saturday night date with the Highlanders, including the losses of Angus Bell, Te Tera Faulkner and Harry Johnson-Holmes.

The immediate post-match interview with a soccer manager in the UK is a hot-house of sporting cliches. 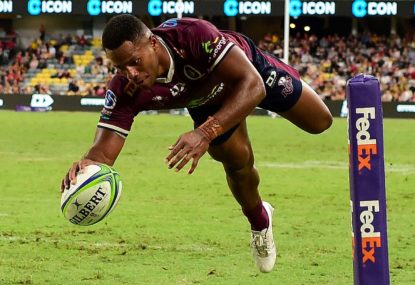 Queensland have registered their first win of the Super Rugby Trans-Tasman competition, beating an undermanned Waikato Chiefs 40-34 in Townsville. 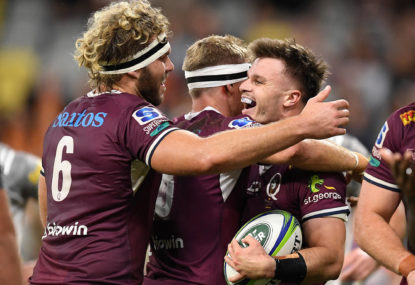 A really interesting opening round of Super Rugby trans-Tasman, with three comfortable New Zealand wins and a couple of heartbreaking Australian losses. 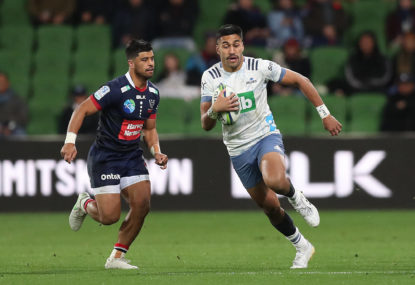