Ian Chadband
9th May, 2021
1
Join the conversation
Advertisement
Write for The Roar

Barty’s remarkable 16-match winning run on red clay was finally dynamited by the occasionally unplayable Sabalenka, who defeated her 6-0 3-6 6-4 in the ‘Caja Magica’ on Saturday.

“You can’t win ’em all,” shrugged a phlegmatic Barty after running into an inspired opponent who stopped her annexing her fourth title of the year.

“I think whenever you have an opportunity to leave the tournament with a smile, that’s always a good thing. That’s certainly what we’ve been able to do this week.

“It’s been a fantastic week. Each time you step out on the court, try to go about it the right way. I felt like I certainly did that all this week. So, proud definitely.”

Australia’s world No.1, trying to subdue Sabalenka in another final after her recent Stuttgart triumph over the Belarusian, ran into an opponent desperate for revenge and not having the adductor injury woes she suffered in the German final.

In an extraordinary opening salvo, she totally overwhelmed Barty, who surrendered a “bagel” set for the first time in four years. 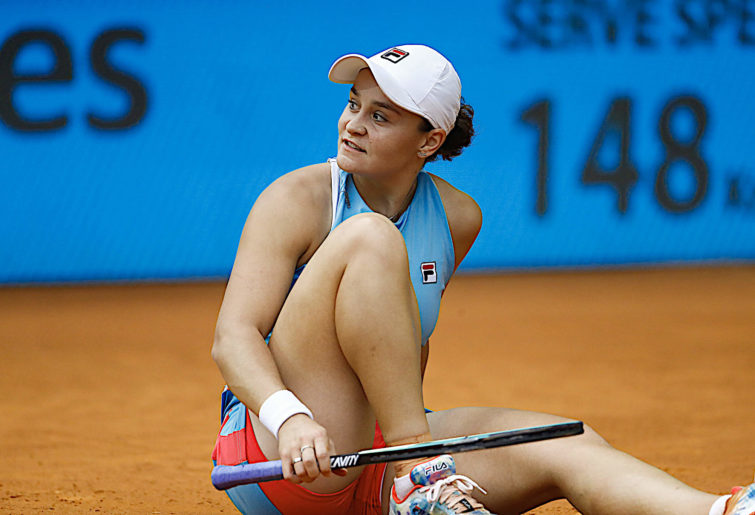 “It’s happened to me before. I can guarantee it’s going to happen again. She takes the ball out of my court, essentially takes the racquet out of my hand when she serves the way she did in the first set,” shrugged Barty.

Making just one unforced error in that opening stanza, Sabalenka was playing at a level in the women’s game that former US Open finalist Greg Rusedski, commentating on Amazon, reckoned was the best he’d ever seen.

So the fact that Barty, having to contend with difficult blustery conditions, managed to deconstruct the power game, start setting new puzzles for Sabalenka, take the second set and control much of the third says much about her mental strength and tactical nous.

“There wasn’t much in it. We both had two or three breakpoints in that third set; she grabbed her opportunity, I didn’t grab mine. Not a lot in that match at all,” said Barty.

Going into the match, she’d lost only one of her dozen matches that had gone to three sets this year and looked set to beat Sabalenka for a third time this season when she earned two break points at 2-1 in the decider.

The Belarusian was on the brink, smashing her racquet into the clay and screaming at herself in frustration but found real resolve to win that game and go on to take the match to 4-4.

Then, Sabalenka, who will shoot to No.4 in the world next week, was suddenly back to her unstoppable best, reeling off the last 11 straight points to seal victory in one hour 40 minutes.

Barty admitted a little fatigue after so much clay court slog of late but shrugged that it was a “good problem to have” as she prepared to pack her bags to fly off to Rome.

“There’s certainly no shame in losing a close one to a top-10 player. I have absolutely no shame about that, no regrets,” she said.

“I’m really proud of the time we’ve had since we’ve been away. It’s been a great start.

“We look to bigger and better things.”

After last year’s Wimbledon Championships were cancelled due to the COVID-19 pandemic, the attention of the tennis world once again turns to the All England Club where tennis immortality will be at the mercy of men’s world number one, Novak Djokovic. The Djoker emulated his 2016 feat of winning the Australian and French Opens back-to-back, […] 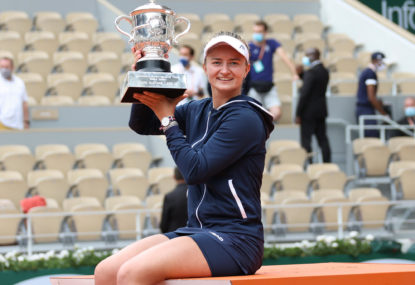 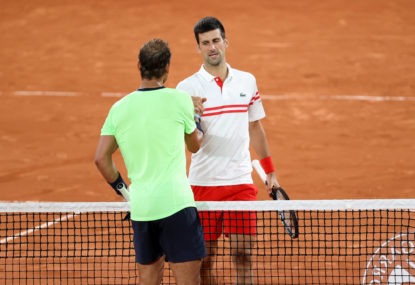