Is it time for the NRL to reward fair play with points?

The Crowd
Roar Guru
10th May, 2021
36
Join the conversation
Advertisement
Write for The Roar

I could drone on all day about the deplorable lack of consistency in the NRL’s messaging on protecting the head and eliminating the thug acts from our game.

I could even drone on all day about referees all suffering from mass glaucoma – how else do you explain the appalling oversight (no pun intended) of not punishing Dylan Brown on the spot?

Despite the words, despite the intent from NRL, nothing is changing.

A week or two of ‘crackdowns’ on thug acts and head shots and then back to normal. What’s normal?

Players taking out opponents with negligible punishments, benefiting their team while severely impacting the other team.

If I was an NRL coach in a league with these parameters, you best believe I wouldn’t be asking the players to rein it in. There is no incentive to play fairly, if you can take out an opposition player for a small fee (the fee being either a modest suspension, or a modest fine) and win the game.

Until the NRL enact change that actually hurts the clubs, this type of crap will continue. So, what is the change that will hurt them?

The most valuable currency in the home-and-away season. They are everything.

It’s not monetary fines, or suspensions.

I still believe that a huge suspension would be enough keep most individual players in line, but it wouldn’t necessarily deter a club.

Fines certainly don’t deter clubs. Most clubs budget a not insignificant figure worth of fines into their P&L at business planning time, anyway. 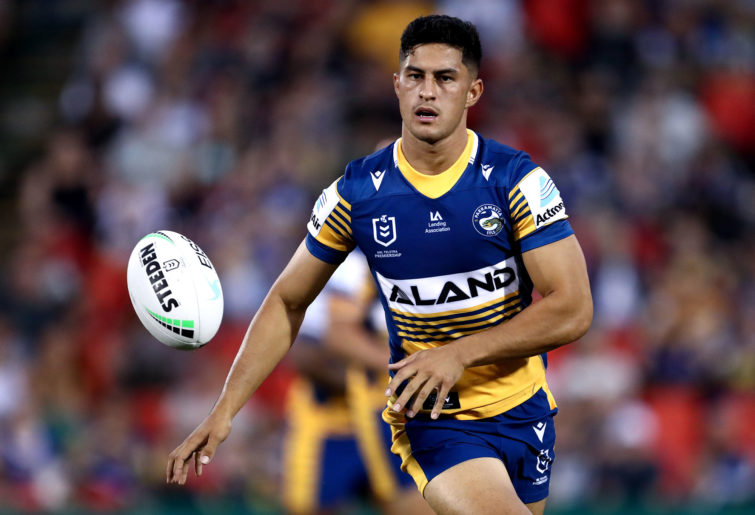 Dylan Brown was put on report, but escaped on-field punishment for his knees first effort on Drew Hutchison on Friday (Photo by Brendon Thorne/Getty Images)

No, premiership points are the only currency that will get the attention of players, coaches and management. We’ve seen it before with the salary cap points deductions.

Putting aside the Bulldogs and the Storm, we’ve seen the impact that relatively minor points deductions can have on teams: Parramatta in 2016 missed out on the finals, and more relevant to this article’s thesis, the Warriors missed the finals in 2016 after being forced to start on -4.

Just four points was the difference between finals and not.

And just quickly on the Storm, if they were playing for points in 2010, they’d have finished in third, and frankly, probably higher if there was something on the line. They played razzle-dazzle, exhibition footy that year.

Away from the salary cap, a two-point deduction for having a 14th man on the field cost the Doggies a minor premiership in 2009 (yes, they were once a team that could be at the top of the ladder).

Points, even just two of them, can have significant consequences on a season.

The Dogs finished second instead of first, and avoided a rampant Parramatta in Week 1 of the finals (although lost to them in Week 3) – St George ha to cop them instead of Newcastle.

Every premiership point is gold.

So, my solution? It’s time to use points as a carrot and stick for fair play. I have two proposals that I would ask for consideration:

Essentially, the points are ‘transferred’ between the two teams.

How would this be determined? By using our existing framework and adding a points value to them, then tallying up the points at the end of the season to determine who ‘wins’ and ‘loses’.

Points are awarded to each club for every sin bin, send-off, every on-field fine and each week of suspension, with sin bins being the lowest demerit point accruing penalty and suspensions worth the most.

For example, it would be:

Sin bin: five points, but an increase of two points for every subsequent sin bin in the same game by the same team
Send-off: 15 points.
No suspension, but fine awarded: ten points
Suspension: 30 points per week (and if the player was sin binned during the match those bin points are deducted). 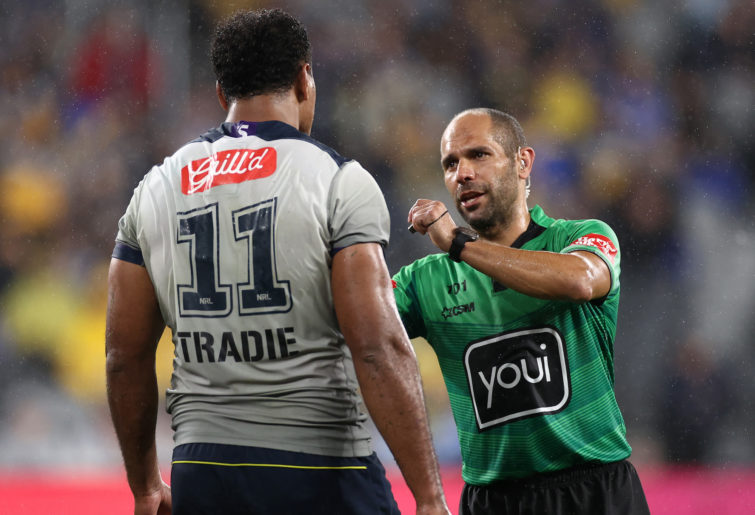 When you consider both the current format of the finals with the top-four being rewarded with the second chance and the congestion that we often see in positions 6-10 every year, each two points are vital.

My second suggestion is on the same theme, but more a rolling look at fair play where there is no carrot for being the fairest, but the big stick is out and is out hard for being unfair.

I would deduct a premiership point for the first six weeks of suspensions a club as accrued, two points for the next six, three points for the six after that.

Bringing out the stick like this send a message to all the clubs that the thug acts are only a short-term gain and your action will lose the points in the long run.

Not to mention, you still get suspended personally, so you are serving no one’s interests by acting like a flog.

Play this out over 24 weeks, and will the Eels still be in the top-four if they are on track to lose six points ,while the Roosters only lose three?

After Friday night, would anyone think it to be particularly unjust that the Eels would ultimately finish behind the Roosters or even the Storm when they acted the way they did to secure two points?

Of the two suggestions, I prefer the second one. The stick works better in NRL than the carrot.

And the cumulative loading of penalties will really punish the teams who have rogue players who cop the four-six-week suspensions. Imagine a club sitting on eight weeks and then someone like Jack Hetherington does his usual rubbish and cops five weeks.

There’s five weeks plus two premiership points out the window… a pretty good incentive for a club to cut that behaviour out. The hard work of winning a match extinguished by the thug actions of one.

The NRL wants to talk up a clean game, but its current measures are evidently not working. Time to show that they can actually mean business and start hitting clubs on the ladder.

Hit them, and hit them hard.

What do you all think, Roarers? Let me know.