You can get lost marvelling at the names carved into the masonry, with the likes of Little Stevie Wonder, the Who, the Rolling Stones, Chuck Berry and Queen just a small sample (I haven’t been back in a few years, so couldn’t tell you whether Shane Watson has claimed a brick yet).

And for years, among the humble bricks bearing the names of the greatest musicians and artists of all time, there was a golden plaque that stood out like the dog’s proverbials that read: 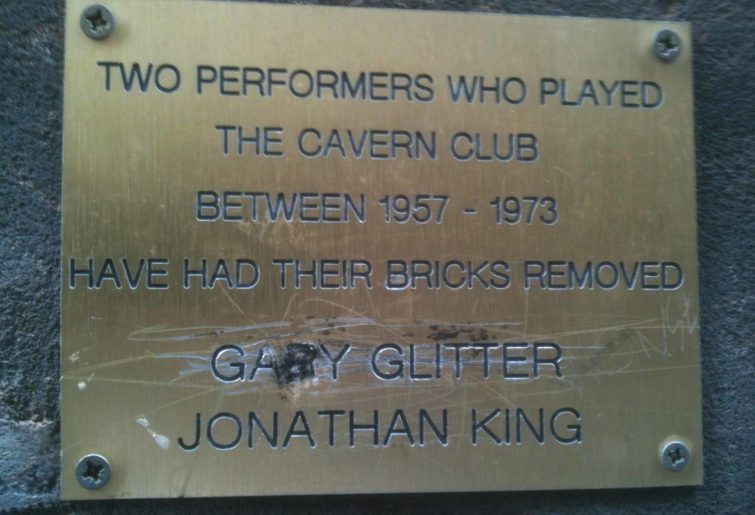 For the uninformed, both Glitter and King have been found guilty of child sex abuse.

I was fortunate enough to spend an hour interviewing one of the directors of the Cavern, Jon Keats, and asked him about the golden plaque highlighting the fact the worst kinds of criminal played the club but “have had their bricks removed”.

Jon explained that there had been a concerted push to have Glitter and King’s bricks taken out of the wall, which the club was largely against.

“They both played the Cavern so they had bricks in the wall. It’s part of the Cavern’s history and they did play. You can’t rewrite history, you can’t wipe history out,” Jon explained.

“It got into the national papers and it was just getting a bit tedious, so we agreed to take [the bricks] out.

“But we said, we’ll take them out but we’ll put a plaque to say that they’ve been removed, as a compromise really. Also knowing that that would cause a bit of shit as well.”

Classic Scouser. Chart a reasonable course, but never miss an opportunity to have a bit of a stir.

I’ve been thinking of the plaque of late as Jarryd Hayne was found guilty of two counts of sexual assault and jailed for a total of five years and nine months, leading to calls for him to be stripped of his individual honours – including his two Dally M Player of the Year medals. 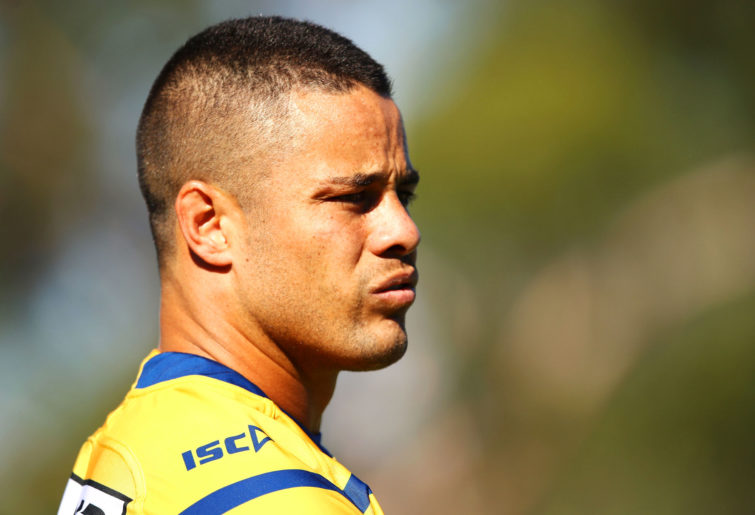 Peter V’landys responded to the calls on 2GB last Friday, saying “there will be consideration given and the Commission’s already discussed” stripping Hayne of his Dally Ms.

“It’s not hard to take them away, but we don’t want to prejudice the legal process,” the ARLC chairman said.

“We would like to see Jarryd exhaust his appeal process, once he does that we’ll make a decision.”

While an NRL premiership eluded the fullback during his career, his pair of Dally Ms went along with being the 2006 Dally M Rookie of the Year, the ’07 Dally M Winger of the Year, Dally M Fullback of the Year in ’09 and ’14, as well as Dally M Representative Player of the Year and Dally M Top Tryscorer also in 2014.

Presumably all those other Dally M awards would be stripped too, as well as his three Brad Fittler Medals as NSW’s best Origin player, being named the 2009 RLIF International Player of the Year, featuring in the NRL Team of the Decade in 2019 – and honestly we could keep going for a while because Hayne was a freak.

That’s a lot of very prominent awards to be suddenly missing from the history books.

So what are we to do? Put an asterisk next to anything Hayne ever achieved with the footnote:
*Jarryd Hayne was stripped of this award for criminal convictions.

Now, I know we’ve done that with the premierships for the 2007 and ’09 seasons, but the footnote on those reads:
*The Melbourne Storm were stripped of these titles because they cheated at the game of rugby league.

The Storm’s punishment applies within the confines of the game, because their offence occurred within the same parameters. That’s not what’s happened with Hayne. 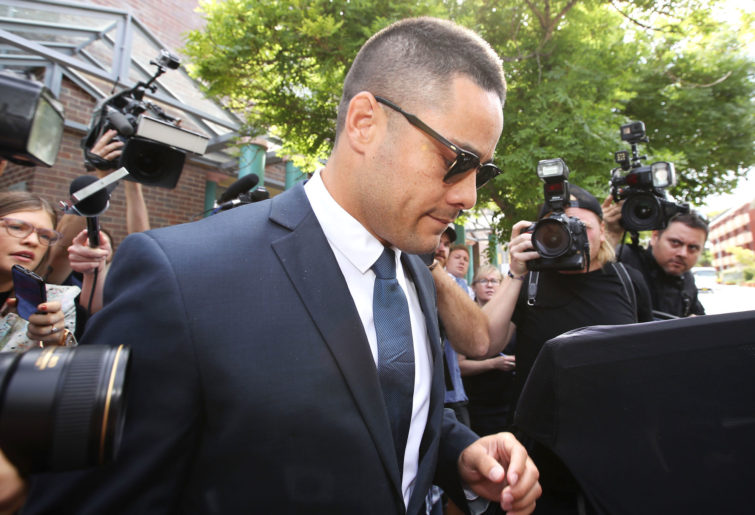 Back in 2012, when Todd Carney was still in the honeymoon stage at the Sharks and being held up as a feel-good story, I wrote about how he shouldn’t be stopped from playing rep footy on the back of his previous indiscretions – which ranged from idiot behaviour on the drink through to criminal convictions (plural) – but at the same time, it was foolish to say three weeks of good footy redeemed him.

My reasoning was that “when someone stuffs his life up away from football, the football field isn’t where he needs to redeem it.”

In that vein, Hayne has ruined lives away from football, so football isn’t where he needs to be punished.

As for the idea he is a bad role model, well duh. But being a good bloke has never been a prerequisite for being lauded for one’s athletic prowess.

Perhaps more importantly, the sporting public are not the type to ever let a person forget their errors.

In Karlo Tychsen’s relentless campaign to get a statue of Andrew Johns built out front of McDonald Jones Stadium, the primary source of dissent has been from people pointing out that Johns admitted to using recreational drugs throughout his career.

Three-time Dally M winner? Halfback of the Century? Eighth Immortal? Nup, none of that matters, because he dabbled in the devil’s dandruff. And boy will people bellow about it.

Of course, Johns is hardly alone.

Mitch Pearce isn’t a premiership and Origin winner, he’s a dog shagger. Dylan Napa is now just ‘Big Papi’. And Hayne spent his final season being taunted from the stands for another sexual assault of which he was accused.

No one’s career exists in a vacuum, so discussions of what an amazing athlete Hayne was will now forever be tempered with ‘yeah, but…’

What’s more, it’s good that we have that discussion. People – particularly talented young athletes – need to see that no matter how high you rise, how many awards you win, how good you are at your chosen sport, the rules still apply. It doesn’t matter that your pool room is standing room only for all the trophies in it, you’ll be sent to the slammer if you break the law.

To wash the game of Jarryd Hayne comes across as an attempt to duck that conversation, when the NRL should be looking for opportunities to address it – early and often.

It also opens a can of worms regarding what crime leads to being stripped of your honours. Do we let John Elias keep his place in history? What about Craig Field? And is there someone at HQ with the whiteout at the ready depending on the outcome of Manu Vatuvei’s case?

Ultimately though, to have so many gaps in rugby league’s history books won’t make people forget Jarryd Hayne, it just makes the NRL look like they’re avoiding the hard issues.

And it would stand out like a shiny gold plaque on a dirty brick wall.