Cameron Rose
Expert
12th May, 2021
3
Join the conversation
Advertisement
Write for The Roar

Two select fields have been assembled for the Doomben 10,000 and the Goodwood. While the former is worth a million dollars, the latter is held in higher esteem in the history of Australian racing as South Australia’s marquee race.

The Goodwood
Three runners from this seasons Everest greet the judge in the Group 1 at Morphettville, Gytrash and Behemoth vying for favouritism, and Dollar for Dollar as the despised outsider.

Gytrash is probably on the podium as one of the best sprinters in the country, having run third in that Everest and taking out the Winners Stakes a couple of weeks later. He ran second in this race last year, is a better horse now, and while he is a first-up flyer it has never been over 1200m. There’s a little query there.

Behemoth is more of a sprinter-miler than an out and out speed machine and hits this off a two month break after a placing in the All Star Mile. He’s a wonderful fresh horse but is a length or two off the really good sprinters at this distance.

Kempalasa is a five-year-old like Gytrash and Behemoth, and while he lacks the credentials of those two and has failed to beat them when they have clashed over the years, he is also still improving. He gets a little bit of weight relief under the conditions of this race, and shapes as the value off some really good form this campaign.

Instant Celebrity is a sparkling talent for a three year old filly, and she confirmed that with her win in the Sangster two weeks ago. Set weights and penalties is well against her here and if she can beat the big boys, the sky is the limit next season.

Beau Rossa is another three year old well respected by the market, a gelding that has a habit of winning by big margins in the lower grades. He put away a benchmark 64 field two starts back by seven lengths and faces his absolute acid test here.

Of the other horses, Dirty Work is smart but 1200m isn’t his go, Viridine has been around the block a few times without being up to this class, Savatoxl has reached his level, Pretty Brazen would need 1400m against this field, and Prophet’s Thumb is outgraded at this trip.

Dollar For Dollar is over the odds if you wanted to have 50c each-way on something at a price. He can bounce back off a bad run, beat Kempalasa home in the Gilgai in October, and meets Behemoth 1kg better for a length defeat in the Rupert Clarke in September. 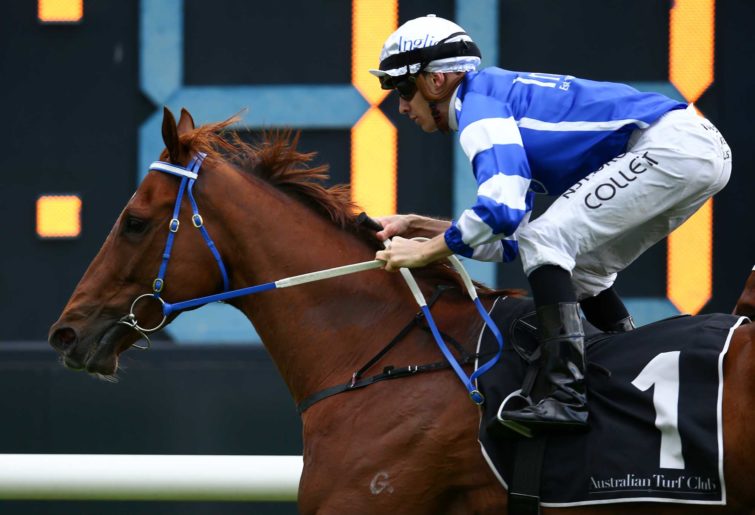 Doomben 10,000
Despite being worth twice the prize-money as the Goodwood, the Doomben 10,000 doesn’t quite have the spread of top end talent as the Adelaide sprint.

Eduardo has a stranglehold on betting due to a campaign that has seen him break the track record at the Randwick 1000m, win the Galaxy with top weight, and run well at WFA with a placing in the TJ Smith. If there’s a query, it’s that 1200m is seen as far as he wants it, but can anyone put the pressure on him late if he starts getting the staggers?

At his best, Trekking could certainly challenge Eduardo. He’s won a Stradbroke and last year’s Goodwood, has run top four in the Everest twice, plus has several other Group 1 WFA placings to his name. We would have loved to see more from him first-up, but his second-up record has shown he can put in a peak run. He’s almost at the “taking on trust” stage.

Splintex has been well beaten by Eduardo a few times this season, and has proven several lengths inferior to the best sprinters in the land. He returned to winning form last start when taking on weaker company, and perhaps is ready to take another step.

Wild Ruler has been tactically placed throughout his three-year-old season. He avoided the best of his class in the spring, until hitting the Coolmore Stud Stakes on Derby Day when he ran third to a couple of gun fillies, and he’s picked the eyes out of a couple of black type races either side of a sixth in the Galaxy.

The problem is he meets Eduardo 4.5kg’s worse for being defeated in that Galaxy.

It’s hard to make a case for many others. Kings Will Dream isn’t a sprinter and Wild Planet is more of a Group 2 or Group 3 horse. Vega One can be competitive on his day, while The Harrovian wins a lot of races but most over greater distances than the six furlongs he’ll race over here.

Graff is one horse that has talent enough to mix it with the favourites – a few trainers have tried their hand at unlocking his secrets and now it’s Tony Gollan’s turn. If he can reproduce his first-up run from the spring, which was under Danny O’Brien, he could be thereabouts.

Sydney racing moves back to Randwick on Saturday.

June started well for us with a nice little profit last week. We head to Randwick this Saturday to be greeted by a wet winter track and some nice big fields.

Stradbroke Handicap 2021 preview: Vega looks to be the one

This is my preview of the Stradbroke Handicap 2021.

Stradbroke Handicap 2021 preview: Vega looks to be the one

There are two meetings to look at on Saturday night, with Melton and Albion Park getting my focus.

Two meetings to look at on Friday, with my attention being at Mildura and Albion Park. Down below are your best bets for the respective programs. Mildura Best bet: Race Two Number 4 On My Oath Kate Hargreaves has another handy former WA pacer here that can build up a real picket fence in the […]

Two meetings to look at on Thursday night, with Kilmore and Penrith getting my focus. Down below are your best bets for the respective programs.