The Chargers went 7-9-0 last year with a first-year quarterback and an offensive line in desperate need of help.

The Chargers are hoping Justin Herbert can build on a solid rookie campaign.

The markets have the Chargers sitting around the nine-win mark this year but if first-year head coach Brandon Staley – who was brought in from the Rams – can repeat his past successes, then they are on the right track.

Having seen his recent work and how he handles himself – think Walmart Sean McVay without the weird eye contact – Staley has a chance to take the Chargers a long way.

I know the haters are going to say they’ll never get out of the AFC because Kansas owns that division, and they’re probably right.

But the Chargers did beat the Chiefs once last year so it’s not entirely beyond the realms of possibility that they push them again this year.

They only have to perform better than the Raiders and Broncos to get out of the AFC West. If they can get Herbert slinging it to Keenan Allen and Mike Williams, it’s a real possibility. 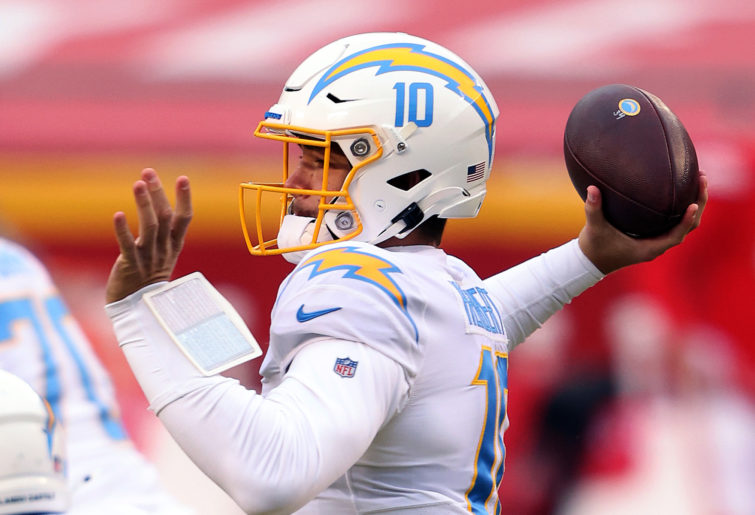 The Chargers take on Washington in the first round. This is a winnable game even though Washington had a great defensive year last year.

They then take on the Cowboys, which will most likely be a shootout. With Dak Prescott securing the bag in the off-season, he’ll be taking his foot off the pedal so that’s another one.

Then it’s on to Kansas. I see how some might ask how can they beat the Chiefs? They probably won’t but they will be 2-1 after Week 3, which will put them in a great position to get above nine wins for the season.

So keep an eye out for the Chargers this season because they are ready to take the next step. And if they don’t, they might receive a bit of backlash from opposing teams.