After Round 1 of Super Rugby Trans-Tasman, it’s evident we have a flawed tournament format.

The Aussies have it harder. Because only two teams qualify for the final, only those with a full house of wins can realistically expect to make it.

Since no Australian teams can achieve a full house, and all New Zealand teams still can, it’s unlikely any AU teams will make the final.

Yes, I know, we were only a couple of conversions away from a different story, and Queensland might beat the ‘Saders and stay alive, but we all know we’ll most likely be watching two Kiwi teams contest the final on 19 June.

This isn’t a surprising turn of events, though. New Zealand is a great rugby nation and Kiwi domination has been the meta-narrative of Super Rugby’s intercontinental flying circus over the last 25 years.

New Zealand teams won more than their fair share, and our Aussie teams seldom played in or hosted finals. In fact, after 25 years of Super Rugby intercontinental, and 18 years of Bledisloe Cup misery, Australian rugby was in a death spiral.

Then came the pandemic, and SR’s intercontinental flying circus was put on hold. Super Rugby AU temporarily took its place.

These are facts: simply because an Australian team won every game in Super Rugby AU the mood changed. Winning translated into improved morale and commercial optimism.

Super Rugby AU’s success was not PR spin: the 236 per cent improvement in TV audience and 41,000 grand final attendance are real.

Let’s be honest: Rugby Australia has been lucky. If it wasn’t for COVID, they would never have held AU. When Lady Luck smiles at you, you should smile back. 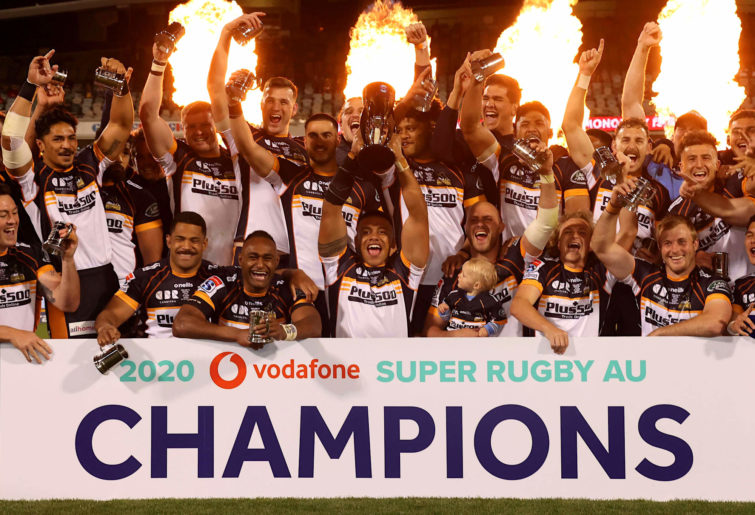 RA should accept they stumbled upon a tournament format that resonates with the market, and has unexpected commercial potential, which they would have never known about otherwise.

Whatever else happens in our uncertain world, the AU cat is out of the bag. RA should nurture AU and its confidence building finals series. It’s better for us than Trans-Tasman.

You know, tournament formats are debated endlessly by Australian rugby fans. Everyone’s got a theory on a better way to do things.

That’s because, for many reasons, SANZAAR never got their tournament formats right. I know why that was: they didn’t listen to the marketplace.

Instead, they created a complex intercontinental flying circus that confused and disappointed fans, while racking up the blazer brigade’s frequent flyer points.

It appeared, to outside observers, SANZAAR’s managers were managing our rugby for their own personal fringe benefits, and not for the good of rugby. I don’t know if that’s true, but let’s not repeat their mistakes in order to find out.

Anyway, tournament formats are an important topic, because getting that right creates a framework to inspire engagement from rugby stakeholders and casual sports fans alike. We should think harder about what the ‘ideal format’ looks like before we start pencilling in teams names against flawed structures.

I don’t want to describe the ideal format here. I do have some models in mind – I can write another article explaining if you are interested. Let me know in the comments.

But whatever the format, once understood, the conversation needs to move easily to stories about the teams and the players. The sporting narratives must develop organically, without requiring convoluted multi-ladder explanations requiring use of functions on a scientific calculator.

Super Rugby AU had the mix right: the Queensland Reds fairy tale usurping the defending champion ACT Brumbies; and the underdog Western Australia Force foreign legion rising like the phoenix to beat their arch enemy Melbourne Rebels to make a SR final for the first time in their history.

These are the kind of stories that burned on rugby advocates love to tell to casual sports fans. That’s how interest in the game grows.

This year, we had our own Australian rugby stories to tell. That’s important. 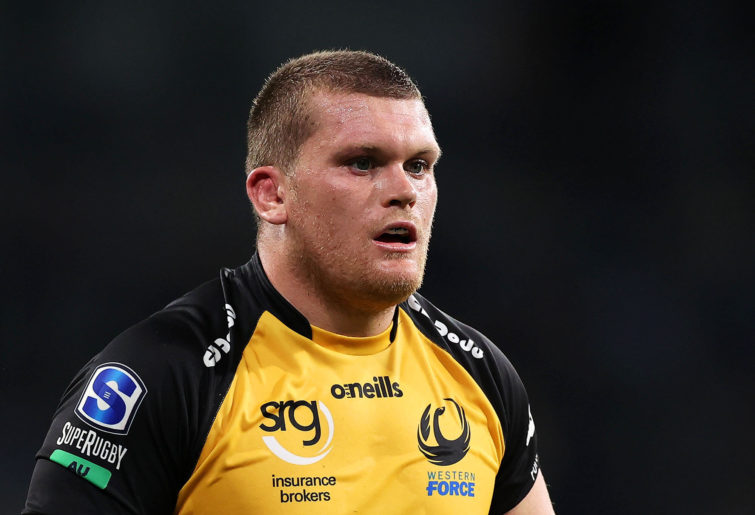 When RA think about tournament formats, they should think independently from what New Zealand Rugby Union want, because they don’t have our best interests at heart.

They are motivated by access to Australia’s bigger economy and bigger potential TV audience to achieve their own commercial ends. They want to lock Australian rugby into their scheme.

We should still play rugby against New Zealand teams, of course we should. Just not so much.

Australian rugby needs to get tougher in the boardroom in order to give our players the best chance of winning on the field.

For example, why do we agree a best-of-three Bledisloe Cup series every year? There are too many dead rubbers and it’s hard for the Wallabies to win two from three.

The All Blacks don’t need any extra help. Let’s return two of those Tests to the Rugby Championship and make the third Test a one-off, winner-takes-all Bledisloe blockbuster.

There’s no cost to that fixture improvement. Strong negotiation could make a Bledisloe blockbuster happen for our Wallabies, this year.

Commercially thinking, why would we bind ourselves exclusively to NZRU again when we could get closer to Japan – the third largest economy in the world, who just hosted the most commercially successful Rugby World Cup ever, qualified for the quarter-finals and have 120 million potential TV viewers in our time-zone?

Japan last toured Australia in 1975, playing two Tests against the Wallabies and matches against six State and country teams. It has been 46 years between drinks.

Since 1975, how much rugby have we played against New Zealand teams? The balance is wrong.

There are 102 member unions in World Rugby. RA could consider a greater variety, starting with Japan.

Encouragingly, COVID proved our rugby administrators can think on their feet. Actually, international variety aside, resuscitating Australian rugby should be thought of as if consuming a food pyramid.

During the days of the Super Rugby intercontinental flying circus, the supply of international treats exceeded demand to the extent that the stadiums were empty and no one watched on TV. The costs of maintaining the model were astronomical and the ship was sinking.

We’ve had our rugby pyramid upside down.

Just like a food pyramid, if you eat too many treats and not enough healthy vegetables and proteins, you’ll tire of the treats, and you’ll risk your health.

We need to turn Australia’s rugby pyramid the right way up.

The grassroots foundation of rugby is its advocacy.

The rugby community are the ones who pay for Stan subscriptions, buy tickets to Super Rugby and encourage their friends to watch the Wallabies.

RA know this, but there’s a logical implication. If you get the supply and demand of treats right (not so many) you’ll sell all your treats (at a higher price).

You’ll have full stadiums, strong revenues, and a healthy game.