Andrew Durante's day in the sun

AdelaideAndy
Roar Guru
20th May, 2021
11
Join the conversation
Advertisement
Write for The Roar

Retirement press conferences can be emotional.

You can rehearse the speech perfectly in front of the mirror and with family and friends and not flinch.

But when the camera lens hits you and reporters are around you, asking all sorts of questions, the speech you prepared goes out the window and you can unravel into an emotional mess – that is, unless you are Andrew Durante.

Western United defender Durante announced on May 19 that he will retire from football at the conclusion of the 2020-21 A-League season.

With a furrowed brow and trademark gravely voice, Andrew kept it short and sweet, putting his 20-year career down to hard work.

“I’ve worked extremely hard to get to this stage in my career and to play 20 years as a pro is not an easy thing to do and I’ve had fantastic support,” Durante said.

He then spoke about how much support he has received from his family.

“My wife and my kids have been incredibly supportive of my career. My parents – they will probably be the saddest out of everyone realising they won’t get to watch me on the TV anymore.

“Without those guys, my close family, my brother and my sister, I don’t think I would be where I am today.”

Having played 414 Australian national league games, including 356 A-League appearances, the most by anyone in the league, Durante has been one of the most durable players over the course of two decades in the sport.

What makes this even more remarkable is that he was shot in the chest in 1999 during a trial match after being substituted, playing for Sydney Olympic’s reserve team. Durante’s injury was deemed not serious and he returned to playing only a few weeks later. 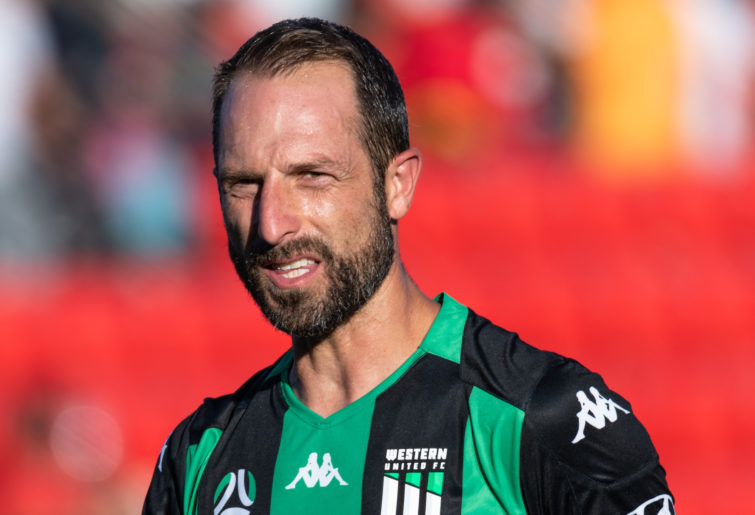 During his time with Olympic, he collected a winner’s medal for the NSL Championship in 2001–02; from here, he moved onto a Parramatta Power side that had a great collection of young players who would go on to light up the NSL and A-League in years to come.

After a brief spell in Indonesia, he came back to Australia with Newcastle United in the A-League where he won the championship in 2008 and the Joe Marston Medal for best player on ground in the grand final.

The bulk of his career was spent playing for the Wellington Phoenix, although the club didn’t achieve much success.

He played 24 games for New Zealand, including the 2017 Confederations Cup, before announcing his retirement from international football after the heartbreaking loss to Peru in the Russia 2018 qualifying campaign.

“I spent the majority of my career there, I played 270-odd games and 11 years at Wellington Phoenix Football Club. I just thought it was fitting to say thank you to them and to the fans there as well,” Durante said.

As the tribute flowed in from players past and present, A-League commissioner Greg O’Rourke had the final say.

“Durante has been one of the unsung heroes of Australian professional football for more than two decades, and his retirement will mark the end of an inspiring career.

“He’s a title winner in both the NSL and the A-League, but just as important is the sort of character who teammates and opponents admire and respect.”

I’ll remember Andrew Durante as a warrior, a relic to the old style of defenders who were built tough and would bleed for the badge of their shirt.

Loved by the supporters of the teams he played for, despised by rivals for his use of the dark arts of defending.

Thanks for the memories, Dura. You’re the last of a dying breed of defenders.

Western United have completed the signing of one of Australia’s most exciting strikers, Noah Botic, on a two-year deal until the end of the 2022-23 A-League season. Botic, upon his announcement, was quoted as saying: “I had an amazing experience in Germany and I am now looking forward to playing in the A-League. “To be able […] 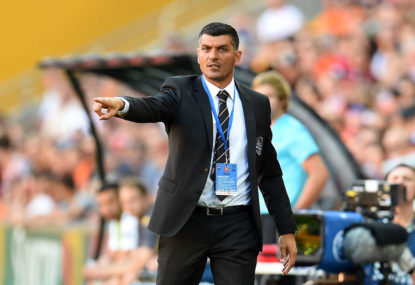 Western United have parted ways with coach Mark Rudan after the club missed out on the A-League finals.