Murray Wenzel
21st May, 2021
56
Join the conversation
Advertisement
Write for The Roar

Damien Hardwick expects the Tigers’ cavalry to return next week but has warned his back-to-back AFL premiers that they need to up their game after they fell to 5-5 and on the cusp of dropping out of the top eight.

Hardwick is confident Cotchin and Prestia will play against Adelaide next Sunday, with Bolton “highly probable” and Edwards a chance if he trains strongly on Saturday. 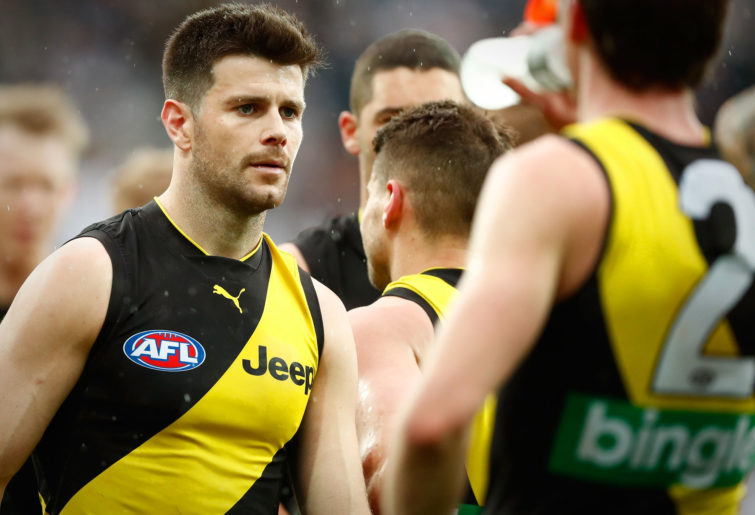 But as they hunt a third straight premiership, the coach warned his troops not to assume they’d be there at the pointy end again.

“We can’t just rely on it to happen; it’s happened a couple of times before but the fact of the matter is that each year’s different,” he said.

“We’ve got to play better, get our troops on the park and start a run that hopefully starts next week.

“It’s going to take some time to play our best footy so we’ve got to get started, absolutely.”

In contrast Brisbane coach Chris Fagan was doing his best to keep a lid on the sixth consecutive win, which was achieved without key trio Lachie Neale, Jarrod Berry and Cameron Rayner as well as defenders Ryan Lester and Darcy Gardiner.

Fagan did, however, label it “for a six-week patch, maybe the best we have played in terms of attack v defence, and our contested ball numbers”.

Brisbane slowly suffocated Richmond’s makeshift midfield while a 20-6 free kick count against his side at halftime – it ended 28-16 – left Hardwick chuckling post-game.

“I loved it,” he said sarcastically.

“It was challenging; the game’s very hard to umpire.

“It was tough, I’m not going to lie… the other clubs will get a fair indication of what they’re paying now for the remainder of the weekend.”