The A-League must end its obsession with bad ideas

Playing the third Sydney derby of the season at the Sydney Cricket Ground is par for the course for an A-League that remains addicted to bad ideas.

Sometimes it’s hard to focus on the A-League’s positives when the negatives so consistently smack you in the face.

Sydney FC’s tense 1-0 victory over Western Sydney Wanderers was their first derby win since December 2018, but whatever lustre the fixture should have generated was tarnished by playing the game at a cricket ground instead of Kogarah or Leichhardt Oval.

Why was the derby even at the SCG? Don’t ask me.

If there’s ever any logic behind these sorts of decisions, they’re rarely communicated to the proles in the peanut gallery.

Having only published 930 of these columns over the past 12 years, most A-League clubs are yet to realise it even exists.

And so on and on we go, with the Australian Professional Leagues taking up where Football Federation Australia left off by drawing salaries from the game to steadfastly ignore what fans actually want.

Hoping for simultaneous final-round kick-offs? Sorry, but we have to bow to the wishes of a broadcaster that no longer wants to broadcast the game.

It’s enough to make you tear your hair out. Or if we’re judging by attendances and viewer numbers over the past few years, stop watching the A-League entirely.

Which is hugely ironic, because as he been pointed out repeatedly this season, this is by far the most entertaining campaign in recent memory. 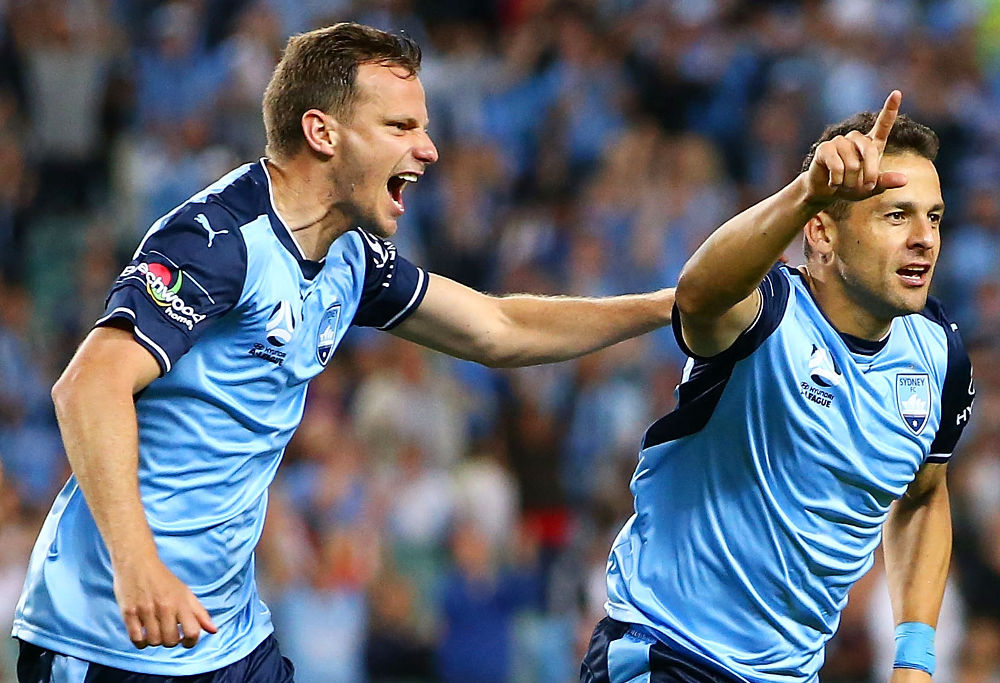 We were reminded of the competition’s potential on Saturday when more than 24,000 fans roared Wellington Phoenix on to a sensational 3-0 win over Western United.

The Kiwi side were literally swept along to victory by the passion of a vociferous crowd watching its first home game in 433 days.

What will the A-League learn from that?

The Phoenix have learned something – in a roundabout sort of way – because their final home game of the season takes place at Eden Park in Auckland.

That might come across as a bit of a smack in the face for Wellington-based fans, but history tells us the Phoenix are capable of pulling a big crowd at that venue.

So why doesn’t Auckland enter the conversation when we talk about the next expansion city?

Either create a New Zealand derby, thereby doubling the A-League’s footprint, or we might as well get rid of the Phoenix entirely.

It’s beyond ludicrous that Australia houses a club from the Kiwi capital but not one from Canberra.

And as we saw with Wollongong playing host to the Phoenix for the majority of the season, we have cities with ready-made stadia simply screaming out for top-flight football.

So what is the A-League doing about it? We’ll have to wait and see.

The new broadcast deal is imminent, we keep being told, just like it was imminent last month and the month before that.

And there are midweek fixtures to tide us over and keep us entertained and hopefully distract us all from the fact there seems to be no real plan in place beyond the end of this season.

Because having so consistently discouraged fans from actually attending games – by doing things like playing on cricket grounds where players constantly slip over and you need a pair of binoculars to see the opposition goal and you get harassed by police at every turn – the A-League can’t continue making the same dumb mistakes we see year after year after year.

Because if we can’t ever seem to figure this out, we might as well kiss the A-League goodbye.