The Canberra Raiders have agreed to release George Williams from his contract immediately on compassionate grounds.

Williams had made it clear he was keen to head back to the United Kingdom to see his family and the club has granted that wish much sooner than expected.

Williams and his management asked for a release on compassionate grounds for the end of the 2021 season, however the club has decided it is in the best interests of both parties to grant an immediate release to allow both parties to plan for their respective futures. 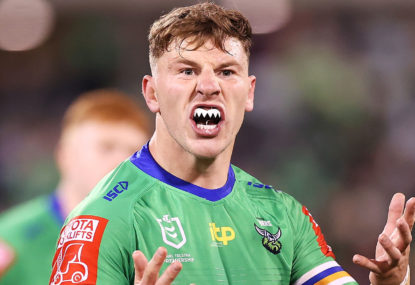 Williams claims Raiders kicked him out the door

Raiders CEO Don Furner said the decision to release Williams now was in the best interests for all parties.

“George and his partner have asked on a number of occasions for a release to return to England to be closer to their families and we’ve decided to grant their request,” Furner said. “George withdrew from training today and from the game this weekend which highlighted to the Club the seriousness of George’s request.

“Over the past several weeks we have supported George and provided him with the best welfare support we could, however as a Club we felt that his position at the club moving forward became untenable.”