It’s that part of the year again when football is over, but the fans are tracking airplanes and cars, hiding behind pillars and trees tracking the movements of players.

One such player who is expected to be on the move is Kylian Mbappé, a vocal admirer of Liverpool and Jurgen Klopp.

Loads of transfer talk has been doing the rounds, with lots of speculation that he might about sign for the Reds. Hypothesis and conjecture aside, let’s check out whether it can happen!

Here are eight strong reasons why Liverpool can sign Mbappé, if they want him.

1. Wage structure and bonuses
Based on all figures on Sportezk, the Liverpool wage bill is expected to reduce with Gini Wijnaldum leaving.

2. Sponsors
Liverpool and Mbappé are both sponsored by Nike. This means that Mbappé, who is the future – or, as many believe, the current – face of football, will be the face of Nike and Liverpool, too. This brings a substantial commercial advantage for Nike.

A small chunk of the money can be recovered through shirt sales. Based on the deal’s structure, Liverpool gets about a 20 per cent commission on the sale of each jersey.

For example, let us imagine that Liverpool manages to sell one million jerseys across the planet per season at the cost of roughly £80 (A$147) each. Twenty per cent of that £80 per jersey is £16 (A$29), so Liverpool would pocket £16 million from those jersey sales.

Not bad, eh? Also, it is safe to assume, most Liverpool fans will want a Liverpool jersey with Mbappé on the back. I know I will! 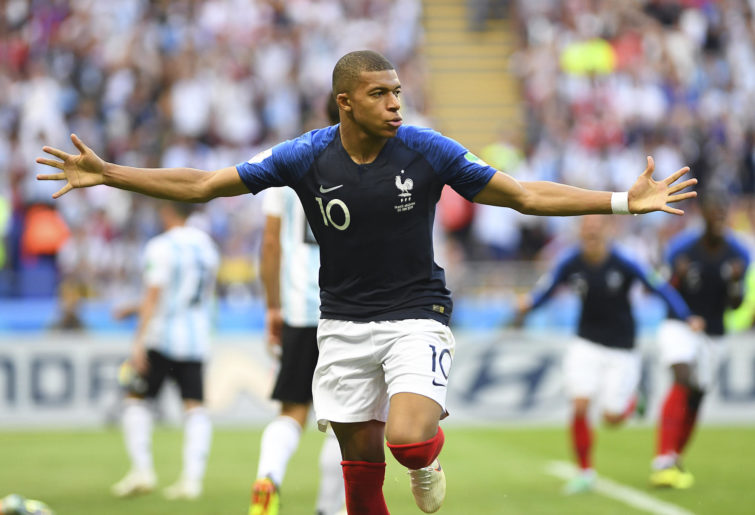 3. Mike Edwards
The kind of deals he brings to the table are creative. There is no reason he can’t pull a rabbit out of the bag once again.

Hypothetically speaking, let’s say Mbappé is worth £150 (A$275) million today with one year left on his contract.

A five-year deal with us paying £30 million (A$55 million) a year is quite likely and not a big problem for sure.

4. Mbappé is an investment
Mbappé is still only 22. Don’t get me wrong; if we do sign him, I would never want us to let him go. But we need to be practical.

He has over a decade left and has said that he would once love to play for Real Madrid. Keeping that in mind, if Liverpool manages to sign him on a five-year deal, he can still move to another team in the future.

That will give FSG a chance to recover a chunk of his initial cost.

5. The Klopp effect
There was news doing the rounds that Mbappé “can see himself playing at Liverpool” – most of that comes down to Jurgen Klopp and the massive mentality monster that he has created.

In a season of adversity and his worst run of form as a Liverpool manager, he has come out and finished third.

This team has shown Mbappé and the likes that they will join a team of winners. He joins at a time that the curve is on the incline and not yet at its peak.

6. The LeBron James effect
Yes, this is an unlikely relationship that might cause Mbappé to join Liverpool. These two legends of their individual sports are great friends.

Given that James is a bit part-owner of Liverpool and also a Nike athlete, hopefully he can add some weight in the Liverpool corner. A signing like these need every little push, and this is something that can work.

Basketball’s biggest superstar and the newest face of global football, both wearing the same jersey, is a huge marketing investment for Liverpool and Nike!

Most of their big-name players are close to retirement. Karim Benzema, Sergio Ramos, Toni Kroos, Luka Modric – all are 33-plus.

What will he do playing with a bunch of has-been players in the next year or two? Other than that debate, Zinedine Zidane is expected to leave Real Madrid, too, which will be a big blow to their chances, given the French connection will dwindle.

8. Liverpool No.7
James Milner, who is clearly the best free signing for Liverpool ever, is a team player. We can assume that the vice-captain will happily give up his squad number of No.7 to Mbappé.

We can count on the man to lead from the front and show the rest of the squad how selfless they should be. Without batting an eyelid, James will put the team first just like he does when he plays.

9. French-speaking players at Liverpool
Liverpool are expected to sign Ibrahima Konaté. In addition to that, they have multiple players who speak French.

Yes, Mbappé does speak English, but if there are players who speak his native language might make him settle better. Joel Matip, Fabhino, Naby Keita and Sadio Mané all speak French. This might once again add a little more weight in our corner.

Looking at these reasons, it’s pretty likely the Liverpool can make a solid push to sign the Frenchman.

However, I do accept that it’s easier said than done.

FSG, over to you!