Anton
Roar Pro
30th May, 2021
18
Join the conversation
Advertisement
Write for The Roar

The Sharks finally put together a solid performance in 2021 as Will Kennedy and Jesse Ramien torched the helpless Gold Coast Titans.

Cronulla took the two points in a 38-10 win. It also looks like dropping Chad Townsend worked out for the Sharks.

Shaun Johnson and Matt Moylan were both in the halves and combined for two try assists and two line break assists, with Moylan running for 167 metres and Johnson kicking for 409 metres.

Four out of the five backs for the Sharks ran for over 100 metres with Ramien running for the most metres out of their backs with 164 metres.

Fullback Will Kennedy ran for 124 metres, wingers Connor Tracey and Ronaldo Mulitalo ran for 150 and 163 run metres, and centre Will Chambers ran for 78 metres and had a very nice flick pass to set up a Mulitalo try. Kennedy also finished the game with two try assists. 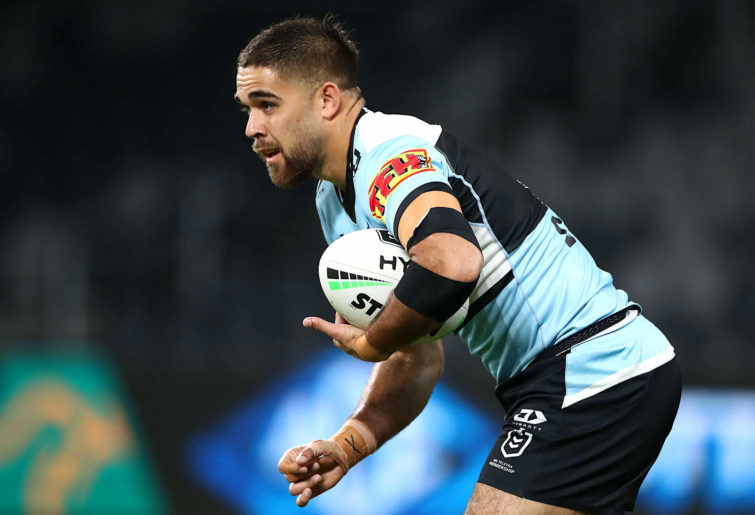 Tracey scored a try, Mulitalo bagged a double and Ramien crossed for a try but what really impressed me the most was Ramien’s performance because the Sharks centre had 12 tackle breaks, two line breaks, one line break assist and four offloads along with being strong in defence.

Dummy half Blayke Brailey sneaked over for a try and made 31 tackles. Every Sharks starting forward ran for over 100 metres. Aiden Tolman ran for just over 100 metres, Aaron Woods had 120 metres, Briton Nikora had 103, Wade Graham had 129 and lock forward Toby Rudolf ran for 137 metres.

Titans fullback AJ Brimson went off in the 55th minute after suffering a leg injury, which could rule him out of the first State of Origin game on June 9 for the Queensland Maroons. Phillip Sami really put his name up there to be picked in the Maroons’ Origin side after finishing the game with 143 run metres and six tackle breaks.

Tino Fa’asuamaleaui and David Fifita were good as always and I expect them to be in the Maroons’ side after both players ran for over 150 metres and combined for 19 tackle breaks, with 14 of them going to David Fifita.

Moeaki Fotuaika also had a good game in a losing side and put his name in the mix for the Queensland Maroons after running for 211 metres, breaking three tackles, making one line break and making 40 tackles for three misses.

The Sharks have a bye next week so if any of their players were selected for Origin, it wouldn’t affect them as much. The Titans come up against the Melbourne Storm next week with both teams missing players through Origin.