What should football’s new Network Ten/Paramount+ commentary team look like?

Australia’s highest levels of domestic football stand at the doorstep of a new frontier.

After 17 years of financial investment and support, the worst kept secret in the game has finally been revealed, with Foxtel’s departure from its A-League and W-League commitments confirming an obvious lack of conviction towards, and long term faith in, both competitions.

The move presents the recently empowered A-League owners with a potentially powerful and challenging scenario, one where their short-term decisions could well reshape the leagues, the media coverage of them and, in turn, the future investment thrown in their direction.

Any belief that all will be rosy right from the off is short-sighted. Now, with the greatest sense of autonomy they have ever felt and Network Ten on board as a free-to-air partner, some will rather foolishly suggest that, with all parties now motivated towards the betterment of the league, the sailing could well be smooth.

It will not be.

However, the cleaner structure that includes a free-to-air partner now financially committed and determined to produce a successful product for viewers, as well as a freshly rebranded streaming service in the form of Paramount+, does provide great hope. Streamlined coverage of the game that could well sit comfortably with fans.

The mad scramble for on-air positions in the new broadcasting team will be well underway and it would be no surprise if some decisions have already been made behind closed doors. Already a social media petition has been circling demanding Network Ten engage the services of former Fox Sports lead commentator Simon Hill. 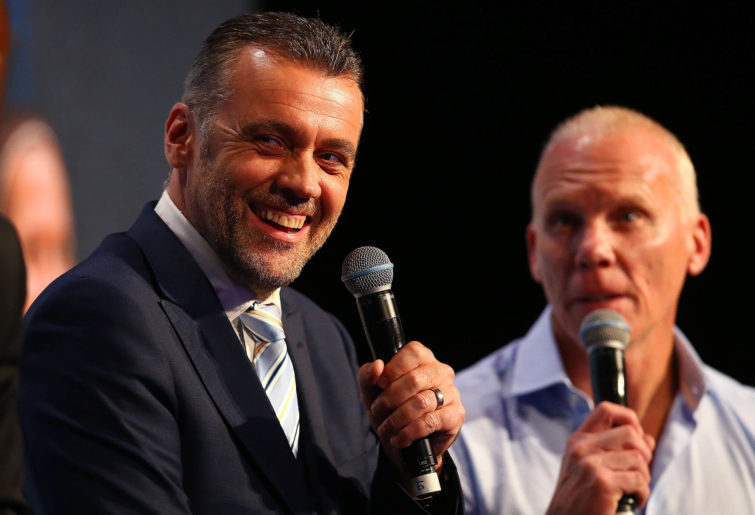 It does seem an obvious choice, particularly considering the limited options available. Ben Homer has done a sterling job in the limited opportunities he has been granted at Fox. He calls a decent game of football and may well receive an expression of interest, while Adam Peacock does not offend in his play by play calls, seemingly aware that at times there is little need to comment.

Sadly, Brenton Speed does not appear to grasp that concept anywhere near as well; constantly citing stats, the previous clubs of players and frequently using awkward cross-sport references that appear designed to do nothing more than feather his own nest and demand viewers be somewhat impressed with the bank of data he has accumulated over the years.

With both Peacock and Speed used across a broad array of sports on the cable giant, it is unlikely they would leave the comfy confines of Fox Sports, with Homer perhaps the most likely to be given the opportunity to join the new broadcast structure.

Yet the network will need more than a solid caller like Hill and a developing one in Homer to manage the load across what will be another busy 12-team A-League season in 2021/22 and a hopefully elongated W-League campaign.

There are also no doubt a number of Fox Sports peripheral commentators with resumes in hand, desperate to lock up a gig with the new broadcast partner. Yet the majority of them may well struggle to earn such a position.

Should Archie Thompson and Mark Bosnich form parts of their plans, Network Ten will have taken a step back rather than forward. No questions exist around the cred both bring to the game, however, their presentation style in the coverage of highly pressurised live sport may not be seen as ideal by the new hosts of live Australian football. 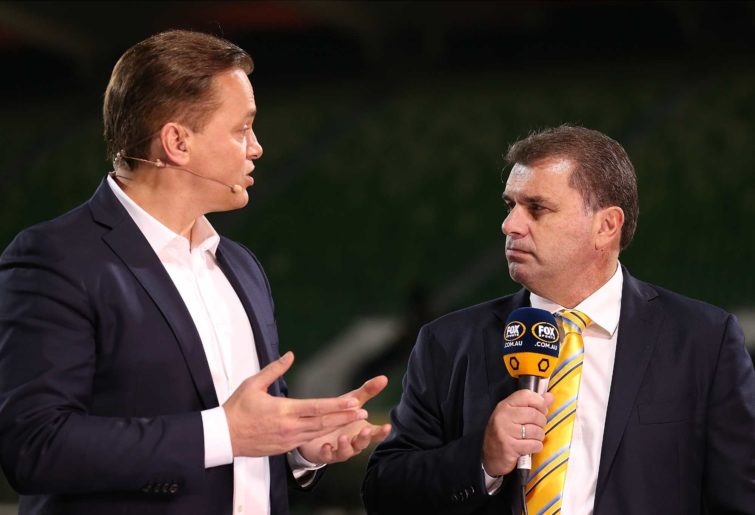 Andy Harper has a far better grasp of what it takes to present a professional and slick product and while not being everyone’s cup of tea, his use as a more senior special comments expert could be utilised well and also connect the modern A-League sphere back to the NSL days with his extensive knowledge of both competitions.

John Kosmina potentially provides the same, despite often being somewhat blunt in his assessment of players and situations. Robbie Slater presents a grumpiness that the new hosts would be best to avoid, while Robbie Cornthwaite’s media career appears to be on the rise, something likely to see him earn a gig in the new team.

Gender balance will also be important, particularly as the streaming of all A- and W-League matches becomes the norm. Stephanie Brantz is as professional as they come, yet future coverage of the women’s game does need a more knowledgeable and analytical caller. Frankly, there does not appear to be one ready to take up the reins, however Georgia Yeoman-Dale should be the first choice when it comes to expert comments and analysis.

A challenge exists in locating a suitable anchor for the coverage. Tara Rushton did the job well for Fox Sports with class and poise for some time, however, she popped up on the Moto GP coverage late Sunday night and also looks unlikely to make the move away from the safety of her current employer, considering the obvious intent to apply her skillset in a multi-sport role.

Michael Zappone has filled the space at the pre-match desk quite well in recent times and is a popular man whose knowledge of and passion for football comes across in spades. Yet there is a lack of polish in his delivery that may well cause the suits at Network Ten to baulk when it comes to charging him with hosting duties.

There are some crucial decisions to be made when it comes to assembling an effective cast able to deliver the game successfully on free-to-air television in prime time and one capable of impressing fans enough to encourage them to commit to a monthly charge for the privilege of watching Australian football via an app.

In my view, anything resembling a Fox Sports mark two will be a disappointment. A-League broadcasts of the past have had their ups and downs, yet never made groundbreaking inroads when it came to market share.

Perhaps it is high time to try something and somebody completely different.