Despite a promising opening to the season, the Eagles are destined to once again exit a finals series too early, if they even get there, and they will entrench their position as the most underwhelming ‘good’ team of recent times. And yes, all of this despite winning the flag in 2018.

West Coast looked the goods early, with a strong win against the impressive Suns, a close loss to the Dogs on the road in one of the home-and-away games of the season, and a dominant performance back at home against Port.

Perhaps this was going to be the year they rid themselves of the flat-track bully accusation. Nope.

There was a five-goal win over Collingwood at home in Round 5, but so what. Either side of that is where the true Eagles spirit lies.

In Round 4, West Coast hit Marvel again to take on St Kilda. The Saints lost by 75 points the week before and 86 points the week after, so it’s hard to make a case they were in peak form. This was certainly so as the Eagles ran up a six-goal lead late in the third term.

As we know, West Coast wilted like a petunia in conceding the last eight goals of the game, offering meek resistance. It was a phenomenally weak effort against the most disappointing club of the year.

The next time they were in Victoria, the Eagles were so keen to atone for their performance against the Saints, they only kicked two goals after quarter time as they went down by a full 97 points to Geelong.

And this was a Cats team that was barely going at the time, having struggled to overcome North Melbourne the week before, amid losses to Adelaide, Melbourne and Sydney.

A team with designs on contention simply can’t be forgiven for putting up these sort of efforts.

West Coast have since beaten Fremantle, Hawthorn away and Adelaide at home. Whoopty-doo.

Two more tests were to come: an injury-ravaged GWS away followed by Essendon at home. Fail. Fail.

Similar to the Saints loss, the first of these was off the back of a five-goal lead. The second was at what has still been considered a fortress, albeit against a series of below average opponents. 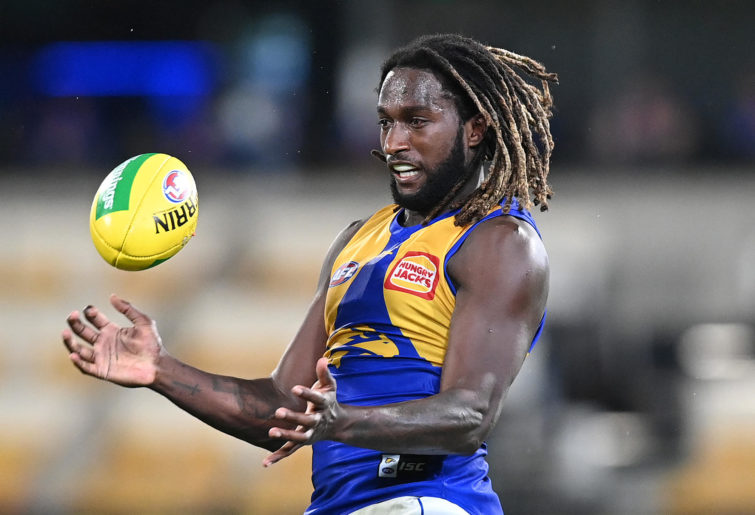 Outside of the 2018 finals series, disappointment has been the consistent theme of the Eagles. This has been a team that possesses enough quality to finish top two on the ladder in 2015 and 2018, with the DNA of those sides still at the club.

The Eagles have had what is surely the best spine of the last decade with Josh Kennedy, Jack Darling, Nic Naitanui, Jeremy McGovern and Tom Barrass. They were able to win a flag without Naitanui too, so he should have been the cherry on top in subsequent years.

Outside of the five mentioned above they’ve had many very good, if not great, players.

But this is a group that seems to pick and choose. Bullies at home, soft on the road. We saw them crumble in the hub early last season, but were more than happy to turn up when back in the comfort of home and peel off six wins in a row when given half a dozen consecutive games at Optus Stadium.

For a supposedly hardened professional football team, it was embarrassing.

This lack of edge, and getting done what they have had the talent to do, has proven incredibly costly over the last two years.

West Coast finished one game outside the top four in 2019. Heading into the final round, they were sitting in third with a home game against non-finalist Hawthorn to come. They lost it by 38 points. 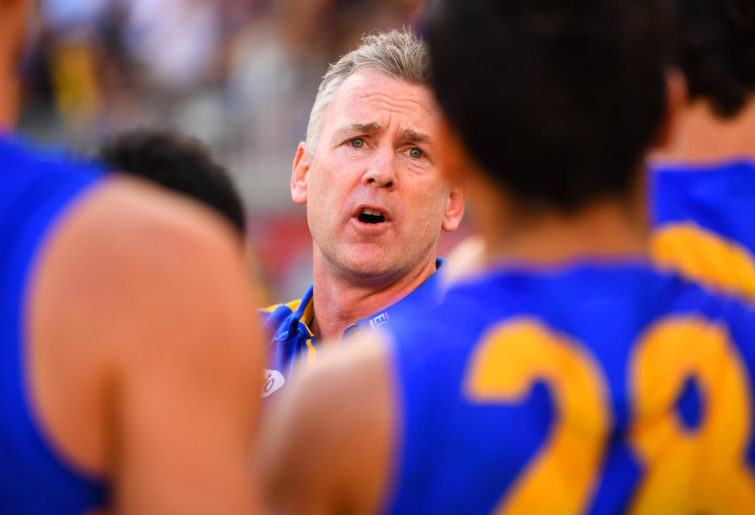 In 2020, they were one win short of taking third spot on the ladder, and then lost their elimination final at home to a visiting Collingwood. Talk about sliding doors. But this is what they do.

Yes, the Eagles have injuries at the moment. Welcome to the club. Are they worse than what Brisbane have faced? Port? Richmond? Geelong haven’t had it all their own way on that front. The Bulldogs and are starting to miss some stars too.

West Coast haven’t played Melbourne, Brisbane, Sydney or Richmond yet. And they still have to face the Dogs again too, let alone tricky interstate trips to play dangerous mid-table teams like Carlton and Adelaide.

They’ll need to win at least nine of their last 11 matches to finish top four, and will possibly need to win ten. It’s simply not going to happen. They don’t have the wherewithal or the resilience. And this is certainly not a club that is going to win a premiership from outside the top four, and in all seriousness probably needs to finish top two.

A premiership is the ultimate achievement in football, and the Eagles have achieved it with this group under Adam Simpson. They are all in the record books.

But in years to come, history must look unkindly at the lack of achievement around that flag, just as we do with Essendon in 2000.