Lions up for clash with 'benchmark' Demons

Brisbane coach Chris Fagan expects a “war of attrition” when the Lions take on AFL “benchmark” Melbourne in a mouth-watering top-three clash.

The third-placed Lions, who have won seven games on the bounce, will take on the Demons in a mouth-watering top-three clash at Giants Stadium on Friday night.

“I would just like to find out where we sit against Melbourne who have been the benchmark team all year – just gather a little bit of information,” Fagan said.

“But tomorrow night’s one point in time and finals, if we get there, are in September.

“So that’s three months away and teams can be playing a lot differently by that point in time.

“So it’ll give you a little bit of feedback, it’s good to have that challenge right now for our group.

“I think we’re ready for it and we’ll just see how we go.”

Fagan noted both teams had a superb balance between attack and defence – and exceptional pressure games.

“Pressure’s a feature of both teams. Melbourne’s pressure’s exceptional, ours has been absolutely fantastic,” Fagan said.

“So it’ll be on in that regard tomorrow night.

“It’ll be a war of attrition to beat them – I think they’ve won most quarters of footy this year, Melbourne, (and) we’re not too far behind them so it’s going to take a four-quarter effort.”

The Demons will be without Ed Langdon (concussion).

“They like to get that ball in their forward half and they put (on) enormous pressure so in a lot of ways we’re similar in the way we play.

“So it’s going to be a great game in terms of who gets on top through the midfield and who can generate that forward half game the best.

“We’re under no illusions (about) what we’re against – they’re in fantastic form. Any team that wins seven in a row’s doing a lot right.”

Gold Coast were left to rue what would’ve been an enormous victory as Brisbane made it six derby wins in a row. 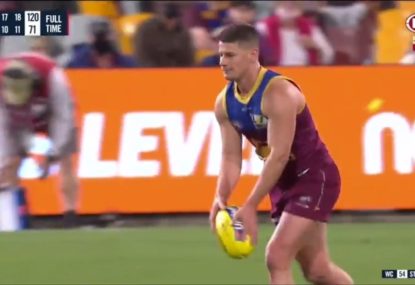 Daniher has certainly been active but, much like the rest of the team, inaccurate in front of goal. 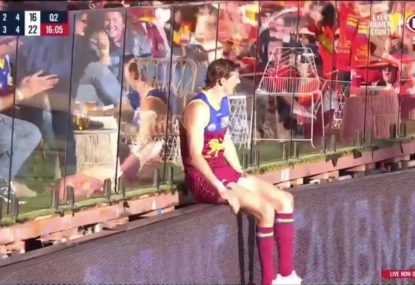 The AFL has delayed the start of Friday night’s clash between Richmond and Brisbane because of heavy traffic.