Which football code has the fittest players in terms of strength, speed and aerobic fitness?

Despite each football code having its own unique fitness demands, the idea of comparing athletes has always had some public interest, including for myself given that athletics and weightlifting are among my favourite sports.

We have seen competitions between different sportsmen over the years.

From 2009 to 2011, there were three seasons of Australia’s Greatest Athlete with the Melbourne Storm fullback Billy Slater winning the first two competitions and Queensland Reds five-eighth Quade Cooper winning the third season when Slater was absent.

But, taking away sporting events that require complex skills, just which football code would have the best athletes in terms of speed, strength, power and fitness?

At face value, footballers (soccer), due to minimal physical contact between players, do not need great strength levels beyond the need for speed and aerobic fitness.

American football, a game built upon power, speed and short plays, does not need high levels of aerobic fitness given that NFL players only run around two km per game (largely through stoppages).

And AFL, which is the most athletic game given the extent of running, jumping and tackling by all players, requires a fine balance between speed, strength and endurance, as being too heavy can prove disadvantageous given the need to run throughout the game.

The rugby code players (both union and league), given they are collision sports that go for 80 minutes with relatively few substitutions, need good speed, strength and endurance. 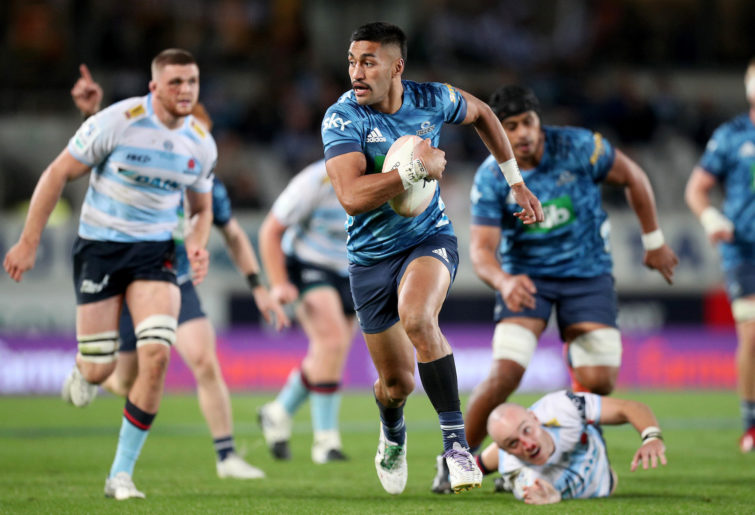 The importance of speed
All football codes have a vital need for speed with various aspects of the games bringing excitement to the football fan of the various codes.

This will include an NFL or rugby back or winger breaking the line for big yardage and scoring a touchdown, a footballer using explosive speed to make a run, get on to long ball and even goal and an AFL player using his speed to run the field and kick a goal.

However, with the NFL being the most specialised of sports with many players having specific roles, its wide receivers and backs are indeed the fastest players of all football codes.

And perhaps the fastest footballer of all time was the 1964 Olympic Games 100 m champion Bob Hayes (183 cm 86 kg) who ran a legal 10.06 on a cinders track to win by 0.19 seconds before going on to be an elite All-Pro NFL player and Super Bowl winner with the Dallas Cowboys.

In line with a number of fast sprinters also becoming NFL stars, such as Darrell Green and Ron Brown who ran fourth in the 1984 Olympic Games 100m final, more recent NFL stars include Tyreek Hill (Kansas City Chiefs) and Raheem Mostert (49ers) who have run 10.19 and 10.15 for the 100m.

Of course, with rugby players (both codes), footballers and AFL players also requiring very good stamina given the players must last 80 to 100 minutes with few substitutions, they are unlikely to match the 100m performance of NFL players.

Nevertheless, All Black stars Joe Rokocoko and Doug Howlett have run 10.66 and 10.68 respectively, while US Rugby Sevens stars Carlin Isles and Perry Baker have 100m times of 10.13 and 10.58.

On the field, all of all football codes have star players who can reach good levels of speed, although well below the fastest ever recorded top speed of 44.6kmh achieved by Usain Bolt during his 2009 9.58 100m world record.

In football, the five fastest players in the 2019-20 Premier League season reached top speeds of between 36.69 kmh and 37.49 kmh on the field, headed by Leicester City’s Caglar Soyuncu, a defender who represents Turkey.

For rugby players, Nic Gill, NZ’s strength and conditioning coach, notes that the quickest All Blacks reach speeds of 35-38 kmh during 40m sprints. 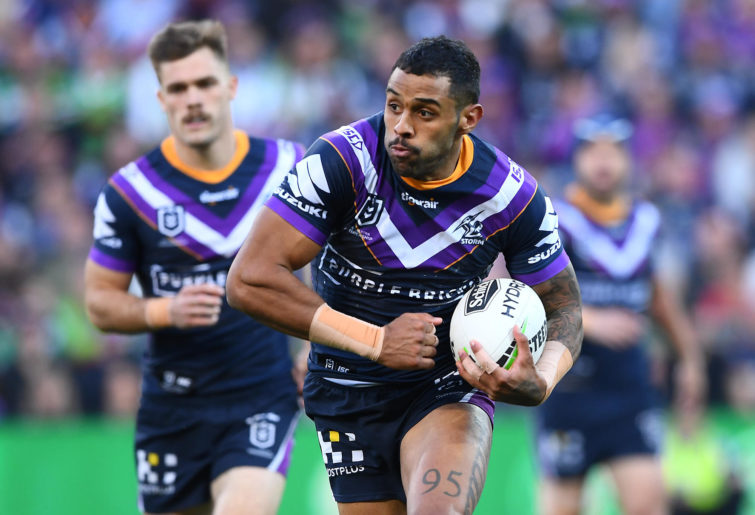 The importance of strength and power
With weight training used by all codes to build size, speed and power, albeit with each code having a different training emphasis tailored to each code, it is clear that the strongest and most powerful footballers are NFL and rugby players.

The NFL players, who focus on power rather than endurance, have some very strong players, even among the backs.

For example, the Los Angeles Chargers star running back Austin Ekeler (173 cm and 91 kg) lifted some big weights at college even prior to his NFL career, including a 170 kg clean, 215 kg squat and 150 kg bench press.

Another super strong NFL star is the New York Giants running back Saquon Barkley (183 cm and 105 kg) who has cleaned around 183.7 kg.

In terms of rugby, with the All Blacks strength and conditioning coach Nic Gill noting that a bigger guy will dominate a collision between two players of similar speed, weight training has helped build size and strength as the average bodyweight of the All Blacks team increased from 87.2 kg in 1955 to 103.9 kg in 2018.

With many top rugby union players reported to have bench presses in the 200 kg-230 kg range, this includes Australia’s former scrumhalf Will Genia, who has a reported bench press of 180 kg at just 81 kg bodyweight. 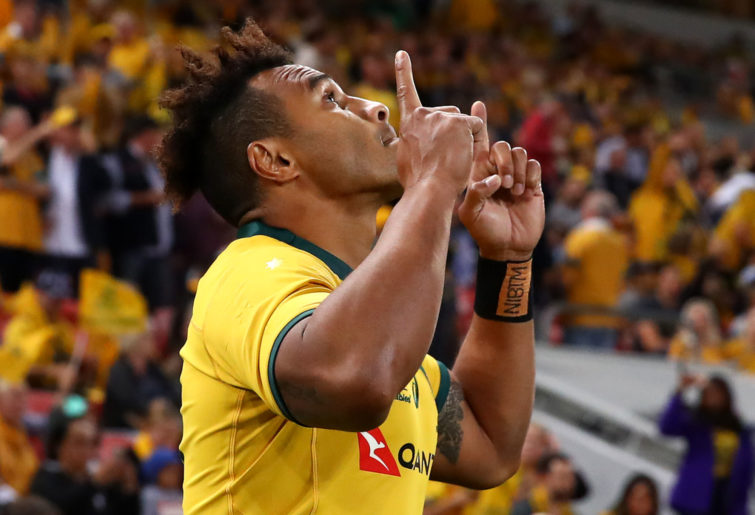 In the NRL, with bench presses are reported as high as 195 kg for Greg Leleisiuao (bodyweight 104 kg), smaller backs have good lifts for their bodyweight including Connor Watson (87 kg) with 160 kg and hooker Mitch Rein (85 kg) with 145 kg.

With NRL players also having back squats and deadlifts as high as 285 kg and 330 kg, some lighter backs also lift good weights, including Connor Watson with a squat of 220 kg.

Clearly, rugby players (both union and league) need more muscle mass when compared to AFL players who need to run much more, although a bench press of 172 kg is attributed to Fraser Gehrig (109 kg) while Jack Viney (86 kg) has a lift of 155 kg.

Nevertheless, weightlifting has played its role in the AFL with a 2015 article noting that grand final players today were on average seven kilograms heavier than the 1950s as players have also got six cm taller.

A more useful way to compare the power to weight levels of football players is through the leg power tests, as power equates to speed times strength.

The importance of leg power Tests is indicated by the Springboks team prior to the 2007 World Cup setting a minimum standard of 60cm for the standing vertical jump for all positions (besides props at 55 cm), with outside backs expected to reach a minimum of 68 cm.

However, NFL players, aided by their specialisation in speed and power, easily have the best leg power records.

The incredible leg power of some top NFL players is shown by the Pro Bowl cornerback Byron Jones with his world record standing long jump of 3.73 m and standing vertical jump of 113 cm.

In the AFL, given jumping ability is also crucial to marking or spoiling, its own combine has a standing vertical jump record of 89 cm for Jordan Gallucci (2016) and Aiden Bonar (2017).

With regard to football, Major League Soccer combine results (2013-2019) indicate that 15 players jumped between 85 cm and 92.7 cm in the standing vertical jump.

Aerobic fitness
Finally, with the exception of the NFL, most footballers require very good aerobic fitness given the need to run for 80 to 100 minutes.

While I am sure there are some very fit NFL players, gone are the days where an NFL player also needed to be very fit in aerobic terms. For example, the American football star Jim Thorpe (185cm and 92kg) could also run 4:40.1 for the 1500 when he won the 1912 Olympic decathlon gold medal, a time which would still be pretty good today for any 90 kg athlete.

From the 1920s through to the early 1940s, most top American football players were similar in size because substitutions were mostly prohibited and most players (even kickers) participated in both offence and defence plays.

However, less fitness has been was required over the years as the NFL roster size increased from 16 in 1925, to 30 by 1938, 40 1964 and 46 since the 2011 season with teams evolving with completely different offences and defence teams for the 11 players on the field.

For the other football codes, however, we know that most top football players have to be extremely fit. 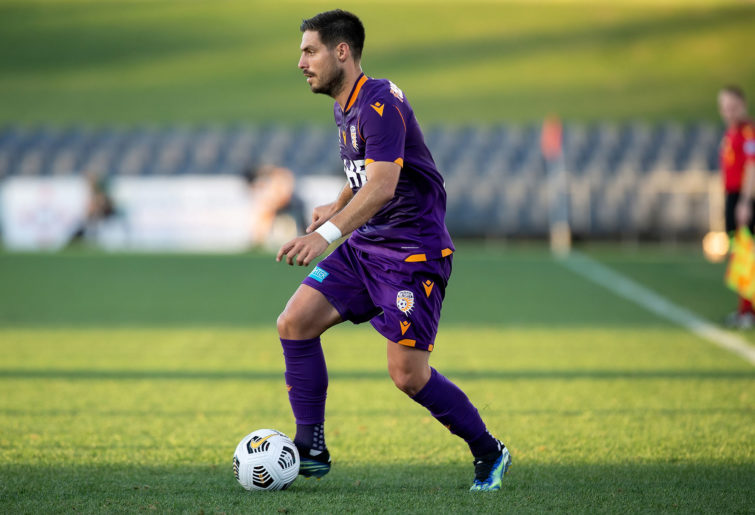 Data for the 2018-19 Premier League season shows that Jack Cork of Burnley covered the most ground with 360km (37 matches).

Only AFL players may run more distance per match, with Tom Scully running 18.9km in one match a few years ago.

Even in 2020, despite quarters being shortened from 20 minutes to 16 minutes (25 per cent), with the Sydney Swans player Ryan Clarke running a season-high of 15 km in one match, 24 AFL players averaged over 12 km running per match during 2020.

However, some rugby union star players are also extremely fit.

With All Blacks backs running around 30-33 kilometres over four sessions per week, including about eight km during the game, the star back Beauden Barrett (187 cm and 91 kg) has run 4:12 for the Bronco fitness test – a 1.2 km shuttle run of an up-and-back 20m, 40m and 60m done five times over.

While the 2020 AFL combine saw the former steeplechaser Harry Sharp (183 cm and 69 kg) run a blistering 5:28 for the 2km, much faster than the NRL star players of Nathan Peats and Daly Cherry-Evans who have both run two km in 6:30, the fitness levels of top All Blacks players rank very high among established top football players of any code.

To conclude, while each football code has specific fitness requirements given the different demands of each code with regard to speed, strength and fitness, it does appear that the rugby backs are indeed among the best-conditioned footballers in physical terms.

However, in a competition of strength, speed and endurance, top NFL players would also do very well with a bit of basic fitness given their extraordinary speed and power.