South Africa release their 45-man squad this Saturday, a bulky one including players that will be picked for the South Africa A fixture against the Lions.

Most pundits and fans expect the nucleus of the Boks’ squad to largely be the same as the World Cup in Japan with only Francois Louw, Schalk Brits and Tendai Mtawarira retiring from the world champion squad.

I don’t think any of the squad will miss out for the Lions announcement, unless it is injury enforced. It will be interesting to see whether Lood de Jager and RG Snyman are involved given they are guaranteed starters for the 23.

Saturday will also be the verdict of whether Morne Steyn, the 2009 Lions slayer, makes a fairytale comeback for the Boks. Handre Pollard is still a bit rusty on return for Montpellier, and Steyn is a more than capable replacement for Pollard. 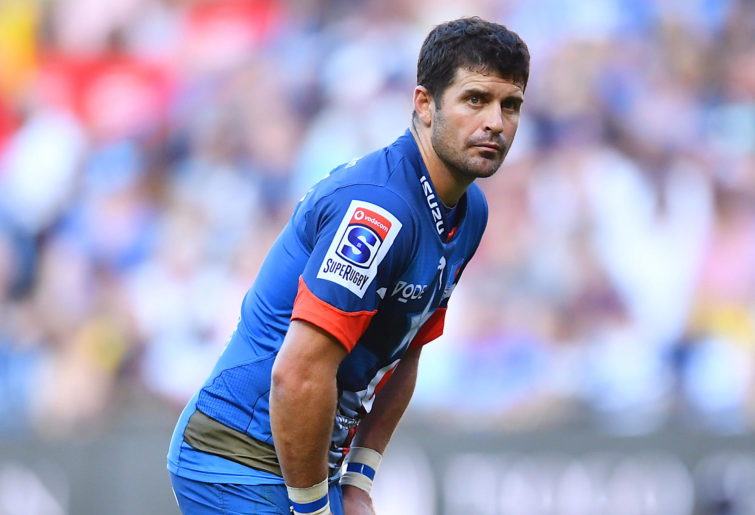 His namesake and fellow 2009 teammate Frans Steyn is also a likely name at 23 for Jacques Nienaber.

Rounding off the potential golden oldie return for the Bokke are Ruan Pienaar and even Willem Alberts, the bone cruncher. They have been outside mentions for the squad.

Among the new caps or new faces from the World Cup squad, I would expect to see the likes of Jason Jenkins, JJ van der Mescht, JD Schickerling, Jean Luc du Preez and Ox Nche as newbies.

Akker van der Merwe could be the third choice hooker and Coenie Oosthuizen, Lizo Gqoboka and Trevor Nyakane have been explosive up front. Marcell Coetzee and Rynhardt Elstadt have been immense for Ulster and Toulouse and are sure to be in definite contention. Jasper Wiese and Jacques Vermeulen have played out of their skins in the Premiership too.

The Boks are stacked up front but equally they have some talent in the back line. Aphelele Fassi is an exciting prospect and could even take Willie Le Roux’s Test jersey. Andre Esterhuizen was going fine for Harlequins until his subsequent ban. Jan Serfontein, Johan Goosen and Johan van Rensburg are all in with reasonable if not good chances of making this squad.

Wandisile Simelane, Raymond Rhule, Dillyn Leyds, Cornal Hendricks and Courtnall Skosan are also well equipped and have the club form to earn a selection. Damian Willemse and Curwin Bosch could be disappointed men this Saturday. 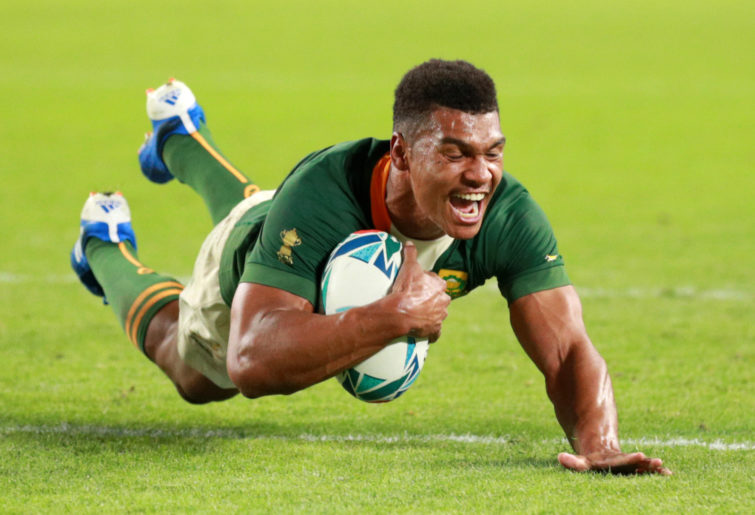 Given the Springboks haven’t played since November 2019, it may be hard for the Lions’ staff to properly analyse South Africa with reason.

However, much of the squad will be the same and under the same staff of Rassie Erasmus and Jacques Nienaber, I expect much of the same from the world champions.

It is the new or uncapped players the Boks blood that the Lions should be wary off, and how they can target and learn from what the newbies bring into a newer Springboks dynamic.

From selections to tactics, here are some theories I have for the Lions if they are to succeed in the world’s most brutal and intimidating place.

1. Biggar-Farrell axis
The ten-12 selections have to be spot on for Warren Gatland. I’d imagine he’s going for a power game with a lot of tactical kicking. Controlling the sky is inevitable for testing South Africa.

At ten, Dan Biggar is the most all-round player in the UK and Ireland available. He’s sturdy, a true competitor and someone with a decent boot but he also knows when to stretch a defence. Sturdy is arguably the most important asset. These big South Africans will eat flyhalves like they eat a braai and sink a Castle lager.

Biggar, after Pollard, is one of the bigger and more physical tens and will be more resistive to a targeting rather than George Ford and an old Johnny Sexton, who would likely get a big bombardment.

At 12, Owen Farrell makes an attack more fluid. He’s a proven Test animal and in the 2018 England tour of South Africa, he was pivotal to some great running rugby, not something you’d associate with him.

Like in the second and third Tests in NZ, the ten-12 kicking axis is the preferred, proven way of being competitive. Conor Murray at nine and Robbie Henshaw at 13 would be shoo-ins for this system with their defence and all round games complementing both Biggar and Farrell.

This is also a primary tactic because of how weak the Lions’ centre stocks are. Bundee Aki has not been consistent for a while, Elliot Daly is a better winger and utility back and Chris Harris may be a defensive guru, but he doesn’t have the pedigree of Henshaw or Manu Tuilagi. This must be nailed on against a physical and defensively superior partnership.

2. A 6-2 split
Like it or not, this is going to be a forward-dominated series. That does not mean tries can’t be scored. On some dry, quick tracks expect some great running rugby.

But Gatland and Robin McBryde have to get the selection right to avoid getting a pasting up front by some angry Boks. Therefore a big six-lock hybrid at six like Courtney Lawes or Tadhg Beirne is needed to keep the likes of Pieter Steph du Toit in check at lineout time and in the rucks.

On the bench, one of Lawes or Beirne will join Iain Henderson as an impact sub. The 21 spot will be a back-row contest between Sam Simmonds, Justin Tipuric, Hamish Watson and Jack Conan. All have their merits and in the last 20 minutes, these lighter, quicker carriers could win games for the Lions.

3. Target the right people
Willie Le Roux is one of the Springboks’ supposed weak spots. Some say he is a bit too old now, but he’s still classy and has a sound kicking game. At 31 he may be a tad slow but his frame means he is still decent under the high ball.

But this is someone the Lions should aerially target while sending Tom Curry on the chase to warm his shoulders. A big hit or one dropped ball could dent his confidence massively, and cause a tactical and psychological boost for the Lions. 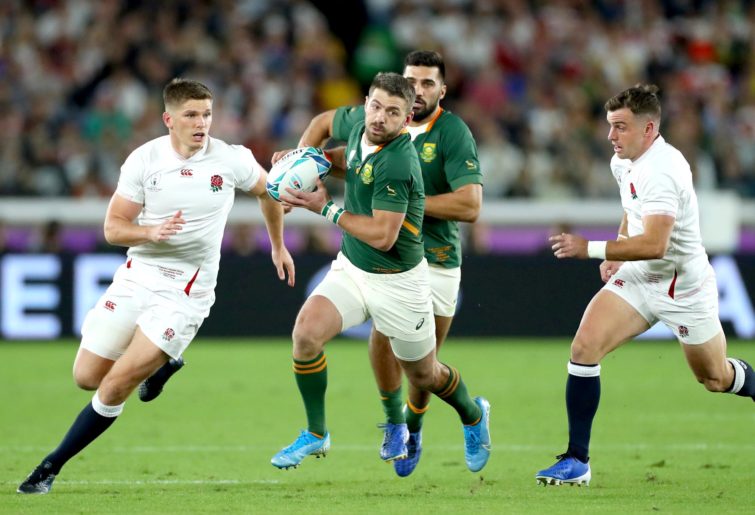 The mention of a 6-2 split also means a more capable and safer lineout. Bongi Mbonambi is the chief thrower and starter for South Africa so Malcolm Marx’s darts could be contested well. Against England in 2018, his throws at lineout time allowed England back into the match to win.

Another left-field pick would be to place Duhan van der Merwe on Cheslin Kolbe’s wing. But I doubt he’ll get anywhere near the Test side. Kolbe is a very good tackler but van der Merwe makes good tacklers look silly. Like a battering ram, he could be utilised to gain ground in positions where Kolbe’s tackling ability may mean nothing in close quarters.

4. Don’t let Faf de Klerk breathe
Picking up from targeting, Faf de Klerk is a confident competitor and someone who loves getting under the opposition’s skin.

In the first three games of the Six Nations, Maro Itoje – despite being a penalty magnet – didn’t give Ali Price, Stephen Varney or Kieran Hardy any space around the rucks. This reduces the effectiveness of playing off nine.

Itoje and Curry – de Klerk’s Sale teammate – would be best accomplished at closing him down and limiting his box kicks.

5. Hold up in the scrum
It is unlikely the Lions will send this Boks pack backwards, which is no problem. The problem is to make sure their pack doesn’t get a hiding up front.

People can say the World Cup win was fluke, but even in 2018 it was common knowledge that Steven Kitshoff, Frans Malherbe and Vincent Koch were well documented, beefy scrummagers. Tendai Mtawarira may be gone, but plenty like Nyakane, Nche and Thomas du Toit are mean and brutal scrummagers. 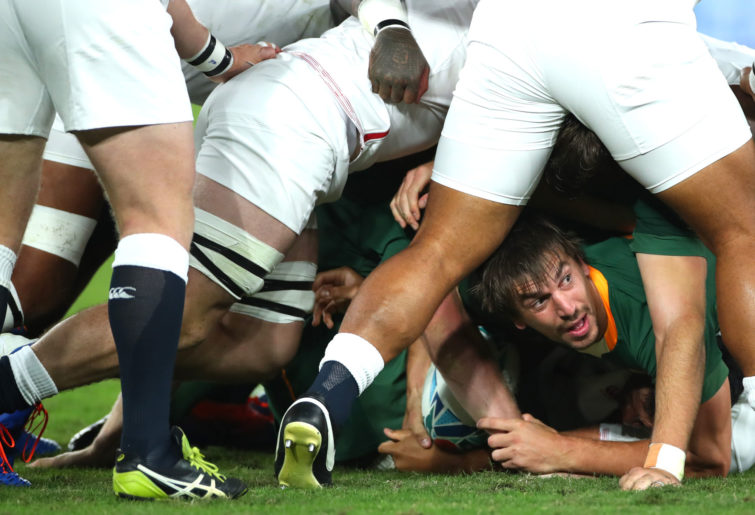 This is where Gatland must avoid picking his favourite front rower: Mako Vunipola. Eddie Jones equally rates him as one of his best players and still admitted in his autobiography that he should not have picked him for the final.

Plus, Rory Sutherland and Wyn Jones are better scrummagers than him. Tadhg Furlong is a lock-in at three, so Andy Porter’s versatility is required at 18. The Lions won’t gain much at scrum time, but they can sure as hell make them difficult and gritty to break down. Lose the scrum, and the slow, heavily forward-orientated kicking game the Boks want to play occurs.

6. Copy Wales’ defensive system
It is unsure whether Andy Farrell will join the Lions’ coaching set-up in defence. We know what he brings: a brutal, quick, blitz defence. But this has rarely been used against the Boks with great success. Plus de Klerk and Pollard are more than capable of kicking in behind.

The key to defending and beating South Africa is something Gatland has been a master of since 2014. Gatland has won five out of seven meetings with the Boks but lost both of the two most important meetings: a World Cup quarter-final and semi-final.

Still, their template from 2018 to present in defence has only been minorly adjusted. Under Gatland, Wales had a wider, absorbing defence with a real brutality and commitment at the breakdown. Josh Navidi and Ross Moriarty were usually the key disruptors in this system that dismantled South Africa’s attack.

In 2021, Wales used this template to greater success too with slowing down the ball extremely well. Without Navidi – who makes this system what it is – Gatland has some brilliant jackal merchants with Curry, Beirne and others to experiment with. Use this defence and don’t be surprised if it becomes a success. 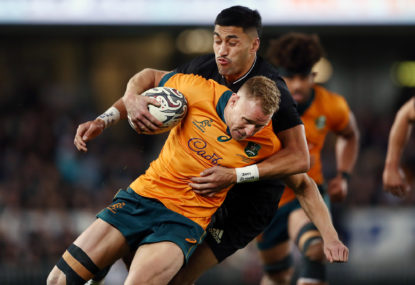 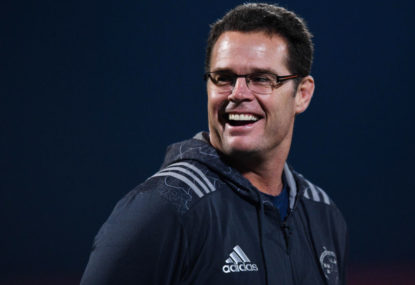