Brad Thorn is optimistic Suliasi Vunivalu’s latest injury setback is only minor, joking that he’s “quite annoyed” with how well the Queensland Reds winger has taken to his new football code.

Vunivalu hobbled off with a hamstring injury in the second-half of Friday’s 31-24 loss to the Blues ahead of next week’s final round against the Hurricanes in Wellington.

The Wallabies will play three Tests against France next month and Vunivalu would be hopeful his coach’s estimation that “it didn’t look like a massive issue” is on the money.

The former Melbourne NRL flyer has already missed a chunk of his debut season with a hamstring injury, but still mounted a case for a Test cap thanks to a natural transition that has fellow code-hopper Thorn envious.

“He was walking fine. I’d imagine it is grade one,” former All Black lock and Queensland State of Origin forward Thorn said.

“Isn’t he a special (talent) though. I thought it was supposed to be hard to do the transition from league to union.

“I’m actually quite annoyed how well he’s done it.

“I’m appreciating it (as his coach) but the other side of me is thinking ‘far out, I’ve been telling people it’s hard to come across’.”

Vunivalu pulled up sore chasing a kick for what would have been his fifth try in the last four games since returning from injury. 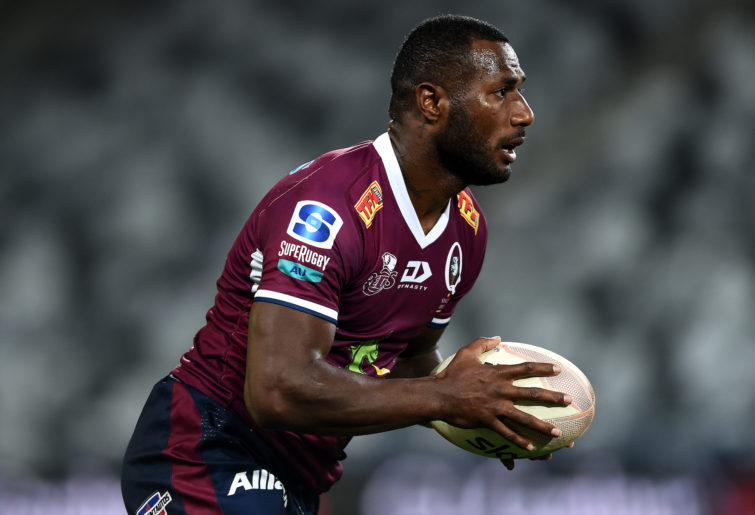 The winger also showed his poise with another booming in-game clearance kick that found touch, while his defence has been sound.

He even distributed from the ruck when the halfback didn’t arrive and packed down in a scrum on Friday night as the Reds came close to the undefeated Blues at Suncorp Stadium.

That was despite the late outs of James O’Connor (neck) and Bryce Hegarty (hamstring), with 19-year-old fullback Mac Grealy told of his debut while watching NBA earlier in the day.

“He worked hard last year and this year. There were a lot of people in front of him (in the pecking order) but he came in composed, went out there, he mixed it,” Thorn said of the teenager.

“It’s cool that it’s rare now to have a 19-year-old out there having a run, because that was half the team three years ago.”

Thorn also endorsed hooker Brandon Paenga-Amosa for the Wallabies’ end-of-season Tests against the French, despite the fact he will then head to France to play club rugby next season.

“I can see him in the number two for Australia, but that’s only my opinion,” Thorn said of the former Sydney garbage man who headed north in 2018 looking for another shot.

“He’s going to be missed and we just wish him well and thank him for what he’s done here.”