After the best A-League season ever, we need a finals series to match

Leave it to Melbourne Victory to sign off on one of the most remarkable A-League premiership campaigns of all time with a dramatic last-second equaliser in the derby.

A 95th-minute equaliser from Lleyton Brooks might have been largely inconsequential in the grand scheme of things to everyone but Victory fans, but it summed up a genuinely thrilling and often chaotic A-League regular season campaign.

It was fortunate the Melbourne derby was scheduled as the final game of the season, as the city’s latest COVID lockdown meant the game was in danger of not being played at all.

That seemed to be the fate of Melbourne City’s other remaining fixture, although it appears their postponed clash with the Newcastle Jets will now take place later this week.

City looked like they had the better of Victory behind closed doors at AAMI Park on Sunday, not least when former Victory midfielder Anthony Lesiotis tapped home at the far post in stoppage time to make it 2-0 to the nominal visitors.

However VAR ruled Lesiotis’ effort out for offside, and it was left to fellow substitute Brooks to equalise with the last kick of the game when he smashed home on the volley.

The result temporarily lifted Victory above the Jets on the ladder, as one of the A-League’s biggest clubs attempts to avoid a first ever wooden spoon.

But even if Victory do finish bottom, much of the focus has already switched to the machinations of finals football.

We can scream until we’re blue in the face about the A-League’s continuing penchant for scheduling fixtures during international breaks – and the withdrawal of Sydney FC, Melbourne City and Brisbane Roar from the AFC Champions League will inevitably damage Australia’s standing in Asia – but the next few weeks are all about the finals.

And with the exception of Wellington Phoenix, who fell agonisingly short after being based in Wollongong for all but two of their home games, you can’t say this year’s finals series won’t contain the best teams.

Macarthur have done well to sneak in at the first attempt, even if they haven’t exactly set the league alight with their methodical style of football.

They’ll miss the retiring Mark Milligan next season, but the veteran midfielder may still have something to say in this campaign. 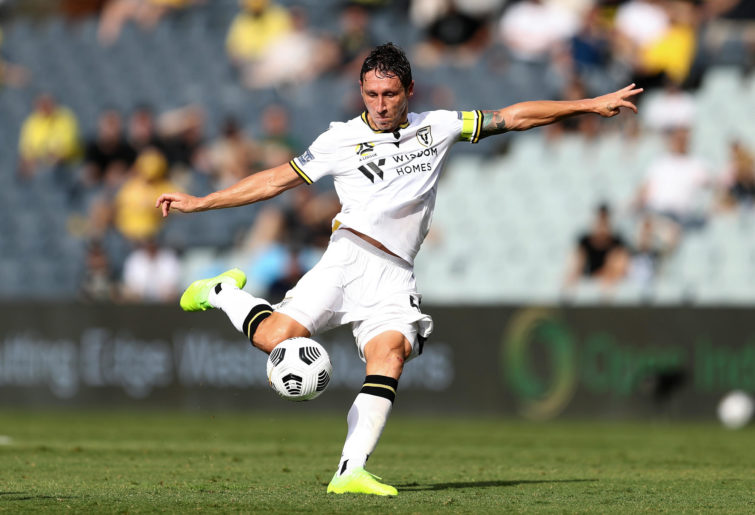 The competition newcomers will meet the Mariners in the first elimination final next Saturday night, with Central Coast Stadium in Gosford set to be rocking for the Mariners’ first finals game since the 2013-14 season.

A home final is the reward for finishing third in the standings, with Alen Stajcic making a pretty strong case to be named the A-League’s coach of the year.

But so too does Warren Moon. He won’t win it because Brisbane Roar are no longer fashionable and command little attention from the league’s Sydney and Melbourne-obsessed media, but Moon deserves plenty of accolades for unleashing the likes of Riku Danzaki, Kai Trewin, Josh Brindell-South and Alex Parsons on the league this season.

Brisbane Roar host Adelaide United in Sunday afternoon’s other elimination final, and with the race for a top six position going right down to the wire, both the Roar and the Mariners will be delighted to have a secured a home final.

Both clubs will be expecting tickets to flight out the door this week, with capacity at the Roar’s compact Moreton Daily Stadium home in Redcliffe likely to be tested.

The A-League could certainly do with an entertaining finals series on the back of what is arguably the greatest regular season campaign to date. With a new broadcast deal finally locked in, things are finally looking up for football.

The finals offer a chance to convert a few more casual fans into rusted-on supporters of the round-ball game.

More importantly, there’s a championship on the line.

It’s been a glorious season to date. Here’s hoping it’s rounded out by a finals series we won’t easily forget.