O’Hea is one of 12 women recently named as part of the Australian Opals squad to compete at Tokyo. The reason I mention this photo is because O’Hea’s face perfectly encapsulates how she is feeling about her selection.

“That face definitely showed what I was feeling inside,” said O’Hea.

“I tend to express myself pretty well through my face, I couldn’t be more excited to be going to Tokyo.”

O’Hea is one of Australia’s most experienced basketballers. In 2007, she represented Australia for the first time when she was selected for the FIBA Under-21 World Championships.

Since then, she has played in the WNBL, the WNBA and competed at FIBA World titles, won bronze with the Opals at the London 2012 Olympic Games and also represented Australia at Commonwealth Games.

But her presence was sorely missed by her Opals teammates in Rio. By all accounts it was a disappointing Olympics for the Opals, who missed a place in the semi-finals after a 73-71 loss to Serbia.

According to her teammates, including Elizabeth Cambage, O’Hea’s leadership was one of the missing ingredients during that campaign and will be key if the Opals are to be successful in Tokyo. 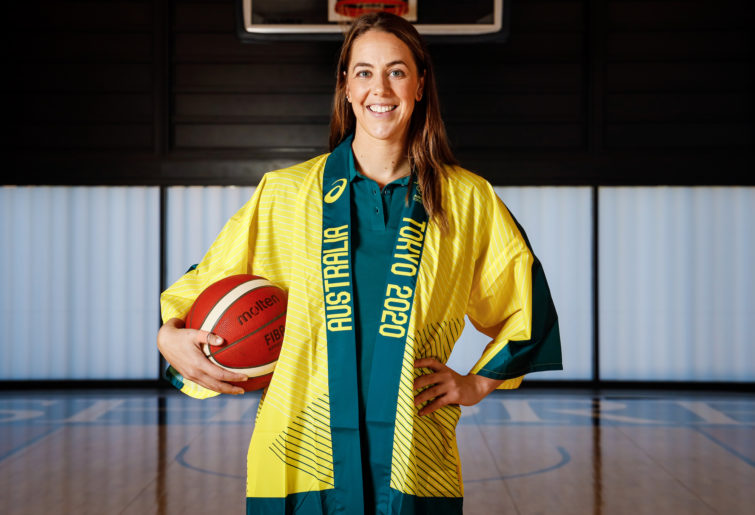 As captain of the Australian Opals, O’Hea plays a crucial role as a leader. This is a role she takes seriously.

“I’m not a particularly loud leader, I am more of a leader who leads by example.

“As I’m getting older I am starting to learn how to communicate better and how I communicate with my head coach compared with my assistant coach, everyone has different communication needs.”

That’s certainly the case in a team like the Opals, which is a team brimming with different personalities.

There’s players like Tess Magden, who is extremely competitive after having fought so hard to get to her first Olympic Games. There are players like Katie-Rae Ebzery, who is similar to O’Hea in that she is a player that leads by example. Then there’s Cayla George, who is full of enthusiasm and is one of the bigger personalities on the team.

Each of her teammates has different needs and this is something O’Hea is acutely aware of as a leader.

“We have all played together a lot,” said O’Hea.

“I know which players I can yell at and push a little bit more and I know the players that I need to encourage and lift up.

“I know my teammates so well, I know their personalities and I am really focused on what works the best for each of them.”

Away from basketball, O’Hea is a Lifeline community ambassador.

While O’Hea recognises the importance of mental health and giving people the opportunity to learn and understand how to take care of their own mental health, as an athlete these are challenges she has also faced herself, particularly in the last year.

“I want to be able to help other people, but I also need to look after myself because it’s a really stressful time right now,” said O’Hea.

Not only is O’Hea counting the days until the Olympic Games, but she is based in Melbourne, which means that she has been impacted by the most recent lockdowns.

Even though O’Hea is able to train alongside her teammates, this disruption means that it has not been the ideal preparation.

“Over the last 12 months, I have learnt a lot so I am more aware of how to look after myself so that I can then help others too,” she says.

“Being an athlete and not being able to play as much and the uncertainty around the Games has meant it has been a difficult time.

“But I think what’s really positive is that people are learning to talk more about mental health and there is less stigma around having these challenging conversations.”

For O’Hea, although the last year has been extremely challenging, she has a strong support system around her, which has assisted. Each person is different and how we look after ourselves varies, but for O’Hea, family support is fundamental.

“I’m very close to my family. They are very understanding about what I am going through at the moment and I couldn’t navigate this period without them,” said O’Hea.

“I’m also very thankful for my dog and I also live near the water, which I find very cleansing given how much time I spend indoors.”

While O’Hea is excited about the Olympics and the opportunity it presents, this is only the beginning.

Next year, Australia will also host the FIBA Women’s Basketball World Cup and for O’Hea this is just another opportunity for Australia’s incredible female athletes to play in front of a home crowd and get the recognition they deserve.

“The Opals have been so successful for so many decades. I don’t think that the team gets the recognition that it deserves given that success,” said O’Hea.

“With the emergence of other women’s sport and professional leagues we are taking advantage of that momentum.

“This is a really special and important time for us with the Olympics and the World Cup coming up to garner as much press and support as we can so that we get the recognition we deserve.”

If you need any help with your mental health, contact Lifeline on 13 11 14.