Euro 2020 preview: Are the Azzurri the dark horses?

Italy are flying under the radar at the rescheduled Euro 2020 championships. Pundits and rival fans seem to have already written this team off, which is unusual as they have always had a big tournament pedigree.

Maybe it’s because Italy unthinkably failed to qualify for the previous World Cup? From the ashes of that awful campaign, the Azzurri have risen like a phoenix on a sensational 26-game unbeaten run.

Coach Roberto Mancini seems to have found the right blend of experience and youth.

Gianluigi Donnarumma is the 22-year-old shot stopper who Italy will need to be in great form to take the trophy. He announced his departure from AC Milan and all of Europe’s big guns are circling for his signature. This tournament will be the perfect opportunity to put his name firmly in the shop window.

Protecting their young goalkeeper will be the tournament’s oldest centre back pairing of Giorgio Chiellini and Leo Bonucci. With a combined age of 70, these two bianconeri legends may lack pace, but have an uncanny ability to read the game and see the danger in front of them.

The midfield has plenty of options with players of the calibre of Manuel Locatelli, Lorenzo Pellegrini, Matteo Pessina Nicolo Barella and Jorginho. There are concerns, however, with Marco Verratti and Stefano Sensi both struggling with injuries. They’ll be touch and go for the tournament.

Attack-wise, the Azzurri look in good shape with either Ciro Immobile or Andrea Belotti to lead the line supported by Lorenzo Insigne, Federico Chiesa and Federico Bernardeschi on the wings.

Raspadori has yet to play for the Italian national team and has registered 40 games in Serie A with only six goals to show for it. At only 21, this could be a work experience tournament for a player that Mancini has high hopes for.

Matteo Pessina, Matteo Politano and Gianluca Mancini can all count themselves unlucky to not make the squad after solid seasons in Serie A.

West Ham’s Angelo Ogbonna has been one player to openly critisise Mancini for not being selected for this tournament. Ogbonna played well in a Hammers team that was on the cusp of qualifying for the Champions League all season.

“In sport, meritocracy must prevail, based on the championship in which one plays, on the statistics, on the value of the player,” a deeply hurt Ogbonna was quoted as saying.

In terms of who potentially could have a break out tournament, Italian fans would’ve said 21-year-old midfielder Nicolo Zaniolo a year ago but, unfortunately, the Inter Milan star tore ligaments in his knee and is still recuperating.

That now leaves 23-year-old Federico Chiesa for the nation to pin its hopes on.

Federico is the son of legendary Italian footballer Enrico and has had pressure placed on him since a young age with a famous surname.

After getting his start with Fiorentina, he made the move to powerhouse club Juventus and had a career-best season playing in a very disappointing team.

Chiesa loves to dribble and attack opposing defenders with his trickery, speed and ability to hit the ball hard with both feet a trademark of his game.

A beaming Mancini said in his recent press conference, “My idea was originally to target success in the 2022 World Cup, but now we can challenge for Euro 2020. We want to continue a work that has borne fruit.”

They might not have the star power of previous tournaments, but this is an Azzurri team that is quietly confident of success. 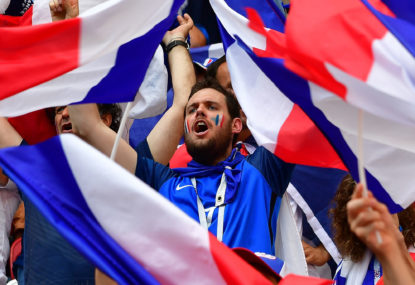 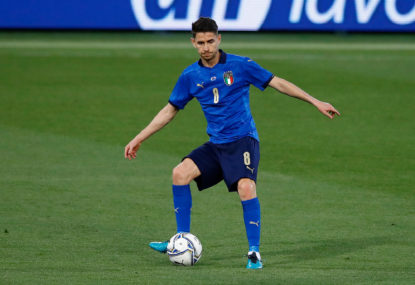